The issue, consisting of four stamps with the face values of Lei 3, Lei 6.50, Lei 10, and Lei 10.50, as well as a First Day Cover, illustrates the Dahlia variabilis species, depicted in various colour variations corresponding to different varieties.

Native to Central America and Mexico, it was brought to Europe at the end of the 18th century, winning over flower lovers immediately. The formal history of the dahlia begins in Spain, where Antonio Jose Cavanilles gave the genus its Latin name in honor of Andreas Dahl, a Swedish botanist and student of Linnaeus.

Its colour diversity, successive flowering and tolerance to soil substrate are qualities that make it the choice for almost any composition. The soil in our country lends itself to growing dahlias without any problems.

Dahlias (in Romania, dahlia is also known as gherghină) grow well in fertile soils fertilized. The dahlia has inflorescences in which the apparent petals are actually one flower each.

Romfilatelia thanks Prof Paulina Anastasiu, Ph.D., Manager of “Dimitrie Brandza” Botanical Garden of the University of Bucharest for the documentary support provided to the development of this postage stamps issue.

The philatelic issue will be available starting Friday, 21st of October, in Romfilatelia’s shops network in Bucharest, Bacau, Brasov, Cluj-Napoca, Iasi and Timisoara and online on https://romfilatelia.ro/store/. 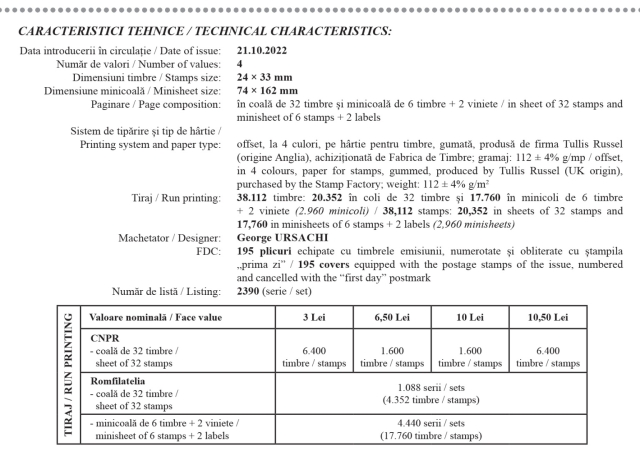 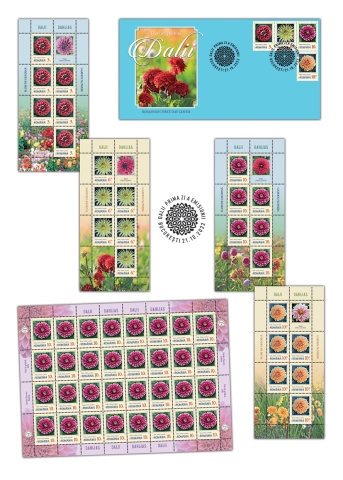 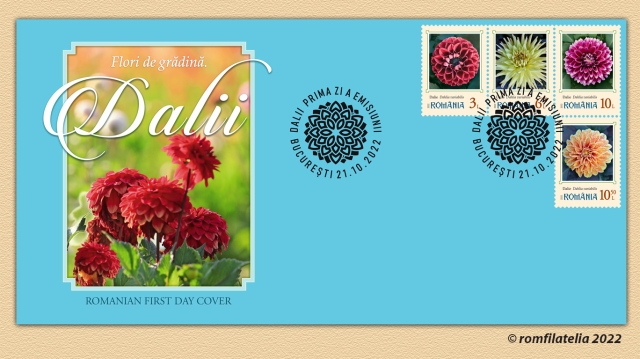 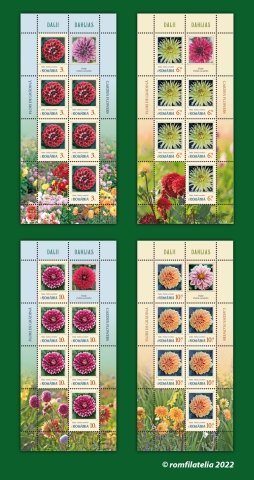 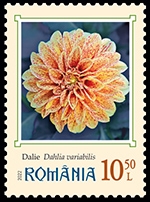 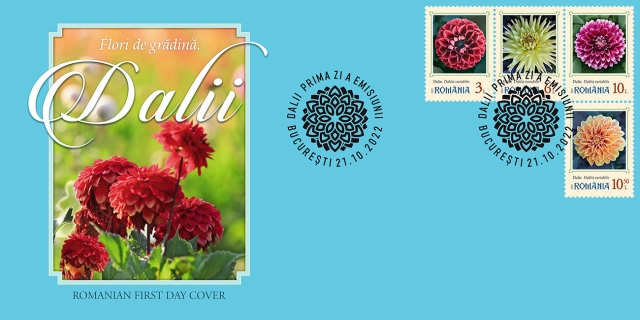 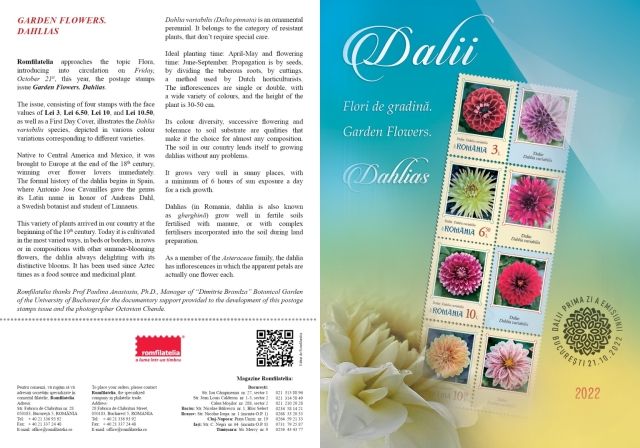 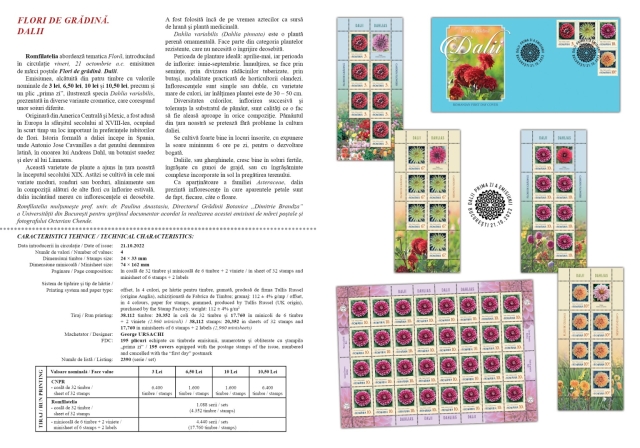