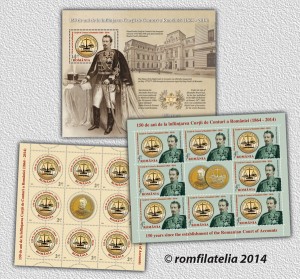 After accomplishing the Union, Ruler Alexandru Ioan Cuza and the great politicians of that time started to plan a series of administrative reforms meant to bring Romania among the modern countries in Europe and worldwide.

Shortly after the Union of the Principalities, on the 24th of January 1864, Ruler Alexandru Ioan Cuza, an initiator of various progressive transformations, such as the Land Reform or the Education Reform, was promulgating the new law establishing the Court of Accounts institution that took over all the files and records of the former Ministry of Control, which had been abolished.

The jurisdiction of the Court of Accounts included primarily specific legislation of European inspiration, found in the Belgian practice. The idea of taking over the Belgian model represented the aspiration for stability and progress, being supported by the Romanian Legislative Chamber, later on, promoted in the moment of the writing and adoption of the Constitution of 1866.

In the promulgation decree of the Law establishing the Court of Accounts, the role of this institution is defined as “wanting to offer a guarantee to the country about our desire to put the use of public money under a controlling mechanism, both serious and autonomous from any suspicion of acting upon of the officials responsible for handling the budget.”

The main purpose of the Court of Accounts was to control the management of public finances, aiming at guaranteeing legal, correct and systematic administration of money, in order to meet the general interests of the state.

Looking forward to removing the new institution from the influence of politics, it was suggested that the members of the Court should be offered lifelong terms instead of limited ones. Hiring staff with exceptional training and approving an incentive paying system were measures meant to offer stability to the organisational chart of the institution, that would be reflected in a dynamic and efficient activity.

The importance and prestige of the Court of Accounts imposed over time the need of an independent building that would meet the requirements and professional skills of the institution. As a result, under the guidance of architects C.A. Baicoianu and N. Cerchez (the same who designed and finished the building of the National Bank of Romania) was erected a monumental Neoclassical building, characterised by regularity, balance and massive distinction. This new building located inBucharest, on Calea Grivitei, was inaugurated on the 11th/23rd of May 1899, in the presence of King Carol I and Prince Ferdinand.

The Court of Accounts operated without interruption and its functioning has been submitted to the legislative transformations from 1874, 1895 and 1929, that concerned changes imposed by the extension of tasks or the reorganisation of staffing. Abolished in 1948 by the Communist regime, the Court of Accounts was reappointed by Law No. 94/1992.

In 2002, the competencies of the Court of Accounts were redefined and enlarged, according to the European Union audit standards.

150 years after its establishment, the institution appears today as a modern and efficient organism, that follows with professionalism and objectivity the appropriate use, in terms of performance, of public money.

On this celebratory occasion, Romfilatelia introduces into circulation the postage stamps issue 150 years since the establishment of the Romanian Court of Accounts, consisting of three values.

The postage stamp with the face value of lei 2.40 depicts the logo of the Romanian Court of Accounts.

On the postage stamp of the souvenir sheet and on the series’ postage stamp, with the face value of lei 4.50, is depicted the portrait of Ruler Alexandru Ioan Cuza, during whose rule the foundation degree of the High Court of Accounts was issued.

The border of the souvenir sheet reproduces the image of the Palace of the High Court of Accounts, inaugurated in 1899, according to the Act signed by King Carol I of Romania.

Romfilatelia thanks the Romanian Court of Accounts for the documentary support granted in the accomplishment of this postage stamps issue. 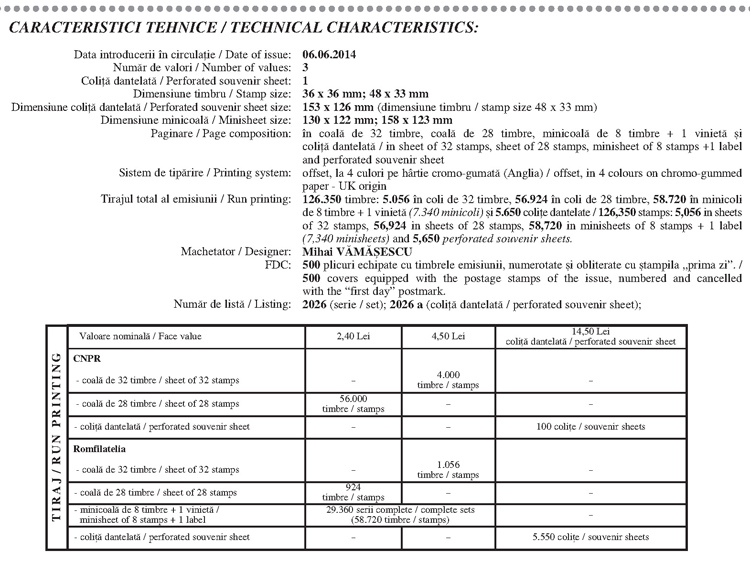