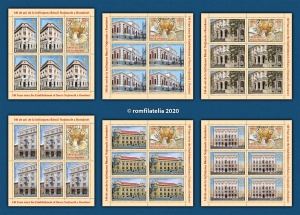 In the period 1997-2002, the building went through vast consolidation works of the supporting structure designed and executed so that they may affect only the interior of the building while the façades kept the initial image of the monument.

The increase of the volume of operations and of the number of employees, as well as the need to ensure a higher level of safety for the handling of values, were the reasons for which in 1962, Cluj regional branch moved to another real property situated in Libertății Square (currently Unirii Square). The transfer was made by an exchange of buildings between the Popular Council of Cluj Region and the State Bank. The building in Unirii Square was transferred to BNR use, and in 2003 it became the property of the central bank.

The building, where Cluj regional Branch has been carrying out its activity for almost six decades, was built between 1913 and 1914 in Viennese Secession style, according to the blueprints of architect Dvorak Ede, in order to be the building of the Economy House and Banca de credit din Cluj SA.

The land on which the building of Craiova Branch was going to be built had been bought in the summer of 1885; construction works started in 1887 and were completed in 1888.

From the architectural point of view, the edifice is characterized by elements of exterior decoration specific to the Neoclassic style of Carol I’s epoch. The interior is organised around a central hallway situated on the axis of the main entrance, this manner of space organisation being a feature of the bank buildings at the end of the 19th century.

The building in which Dolj regional branch carries out its activity, a component of the architectural patrimony of Craiova town, has regained its glory of yesteryear following the consolidation and restoration works taking place between 2015 and 2018.

In Iași the Branch of the Banca Națională a României started operating in March 1881. Operations took place in a building situated in Carol Street rented from Dimitrie Cozadiu.

The building erected for Iași branch according to the blueprints of architect-engineer Nicolae Cerkez was destroyed by bombardments at the end of World War II.

In order to provide its building of Iași with a proper space for the carrying out of its activity, in the spring of 1946 the Banca Națională a României management commissioned architects Radu Dudescu, Nicolae Crețoiu and Spiridon Spirescu, employees of BNR Architecture Department, to design the new building of the branch.

The building of Iași Branch of Banca Națională a României, which started operating in 1949, has an austere architecture in Neoclassical style without negatively impacting the historical monuments existing nearby. The façade is decorated with nine effigies sculptured in stone symbolically illustrating the destination of the building. The effigies represent old Moldavian coins issued in the 15th – 16th centuries.

The building is situated in the central part of Timișoara on I.C. Brătianu Boulevard, and is characterized by an Eclectic style with Neoclassic architectural elements. The blueprints and design were made by architect Josef Hubert, and the works were carried out by entrepreneur Alois Schlosser. The façade stands out by ornaments specific to the late Viennese Baroque combined with Secession style. The lions heads decorating the building symbolize the power and richness of the institution. The interior is equally spectacular and operational.

The blueprint of the building was made by architects George M. Cantacuzino and August Schmiedigen combining the grace and elegance of the architecture specific to Italian Renaissance with the most modern facilities necessary to the banking activity. The edifice overlooks two streets – 16 Lipscani and 7 Stavropoleos – and has two basements, a ground floor, five storeys and an attic.

In the epoch of its construction, Chrissoveloni Palace was considered one of the most modern buildings for bank purposes in Europe, standing out by facilities such as a current generator, thermal power plant, artificial ventilation, telegraph, internal telephone network, a deep well for water supply, etc.

Purchased in 1933 by Banca Națională a României, the Palace was turned into a work space for some of the departments belonging to the institution. After 1990, the edifice erected by Jean N. Chrissoveloni became the building of Bucharest Municipality Branch, known today as Bucharest regional Branch of BNR.

Between 1993 and 1998, Chrissoveloni Palace went through a vast process of restoration and consolidation under the coordination of architects Gabriel Tureanu, Constantin Rulea, Aurel Ioncică and Eliodor Popa. The fact that the project by which the palace regained its splendour and force, was awarded by the Romanian Union of Architects represents the recognition of the value thereof.

The imperforated souvenir sheet of the issue having the stamp with the face value of Lei 29, reproduces the image of the New Palace of the BNR in a graphic association that highlights the architecture of the Old Palace and the statuary group of the BNR founder Eugeniu Carada.

The philatelic block brings together the six stamps of the issue (with images of the architecture of the territorial branches) in a graphic ensemble in which a decorative architectural element from the Marble Hall of the Old Palace is presented, along with the BNR logo and defining texts of the anniversary event. 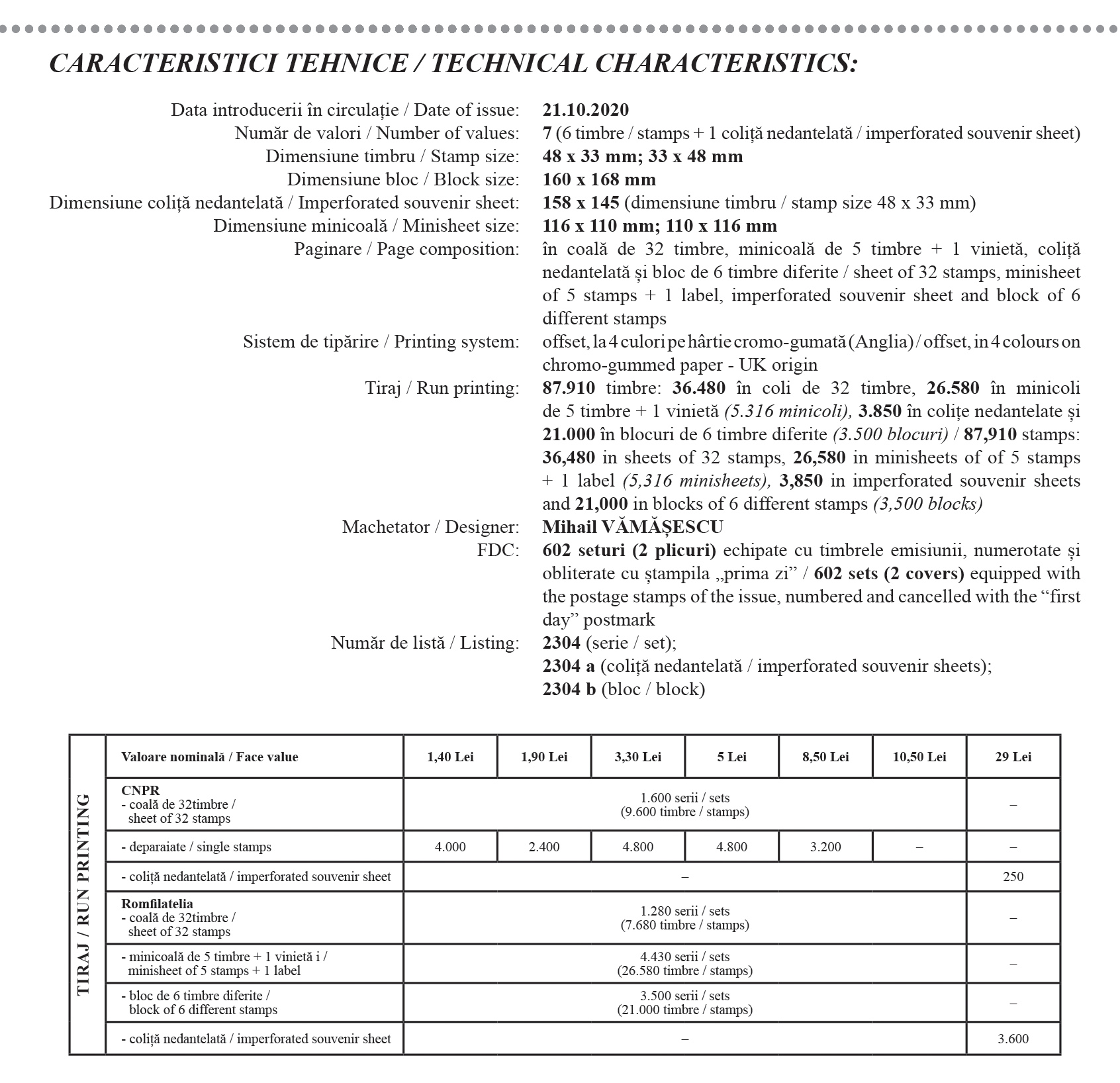