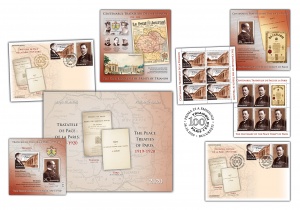 The treaty was signed on June 4, 1920, in the Great Trianon Palace of Versailles. The high officials that signed this historical document represented France, the Great Britain, Italy, the United States, Japan, Romania, the Kingdom of Serbians, Croatians and Slovenians, Czechoslovakia and other nine countries among which Hungary represented by Ágost Benárd and Alfréd Drasche-Lázár. From the Romanian part, the Treaty was signed by Dr. Ion Cantacuzino, state minister, and Nicolae Titulescu, minister of finance and the first delegate to the Peace Conference.

Romfilatelia would like to thank the Diplomatic Archives of the Romanian Ministry of Foreign Affairs and the Romanian Academy Library for their documentary and photographic support granted in the achievement of this postage stamps issue.

We also appreciate the support given by Dr. George Damian from the European Studies Centre for Ethnical Issues of the Romanian Academy.

The philatelic folder is created into a limited run printing of 277 pieces and is equipped with a philatelic block of two imperforated stamps, as well as the First Day Cover of the issue with the postmark clearly imprinted in gold foiling. Both products are numbered from 001 to 277.

The postage stamps issue “The Peace Treaties of Paris, 1919–1920” will be available on Wednesday, October 28th  2020, in Romfilatelia’s shops network in Bucharest, Bacau, Brasov, Cluj-Napoca, Iasi and Timisoara and online on https://romfilatelia.ro/store/. The postage stamps issue is completed by the “first day” cover, sheet of 32 stamps, minisheet of 5 stamps + 1 label, perforated souvenir sheet, imperforated souvenir sheet and block of 2 imperforated stamps. 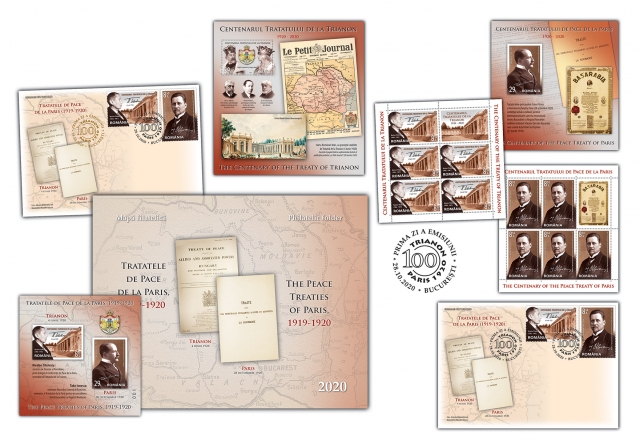 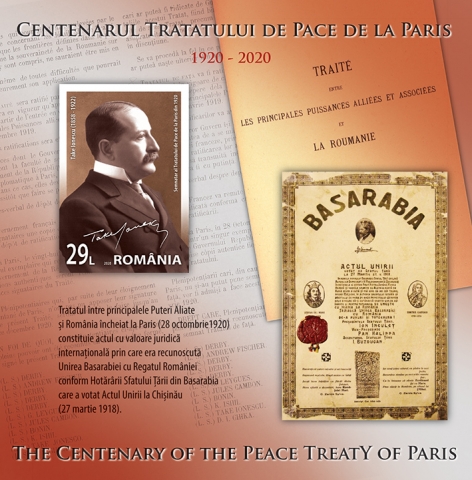 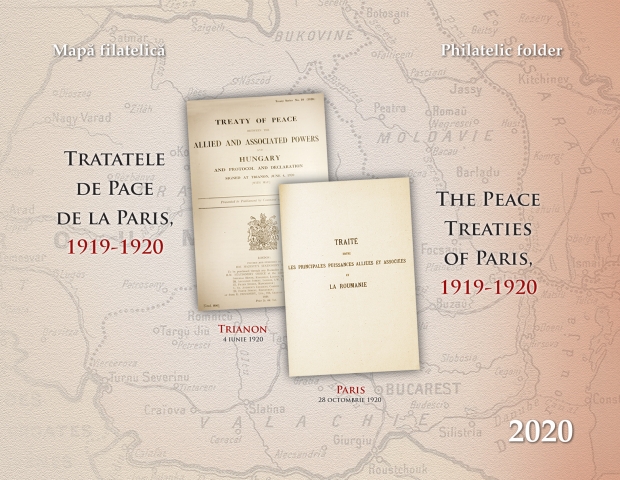 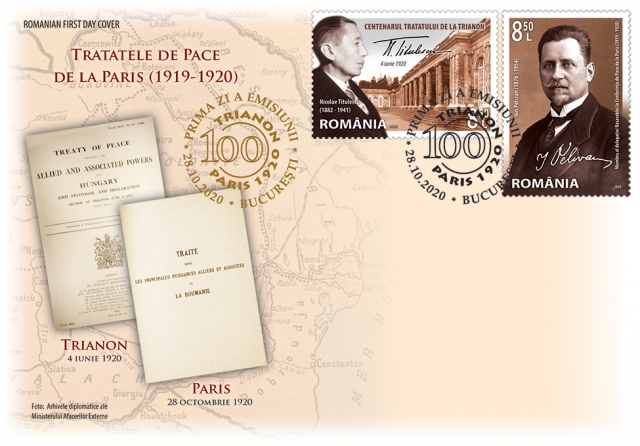 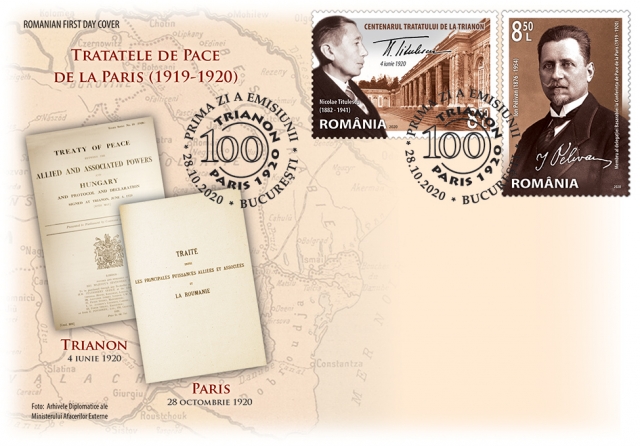 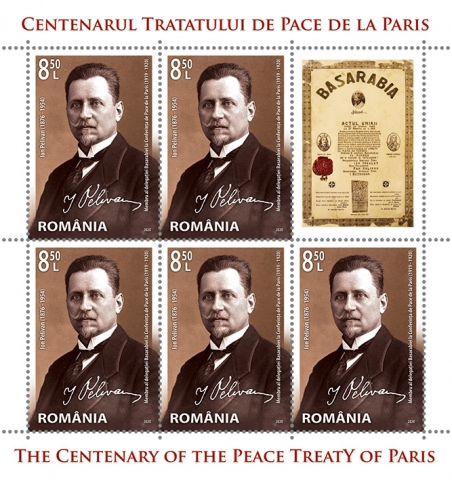 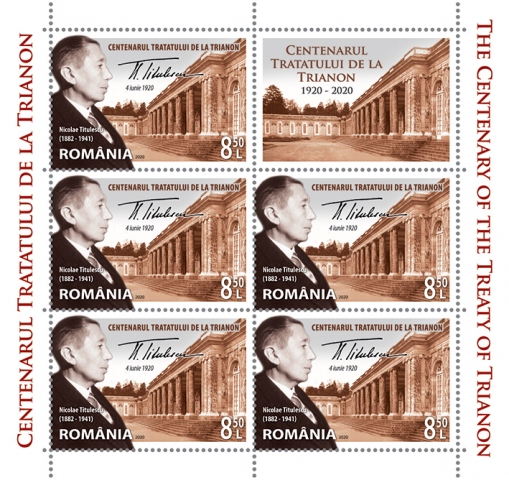 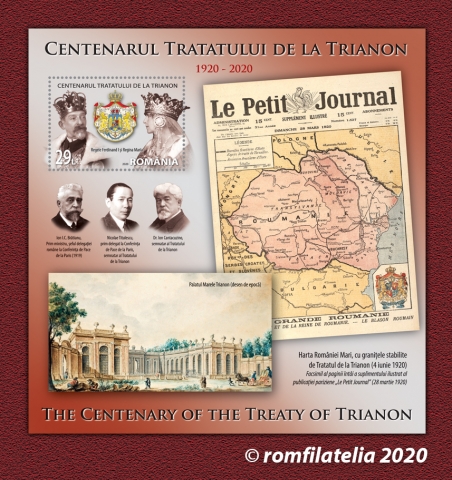 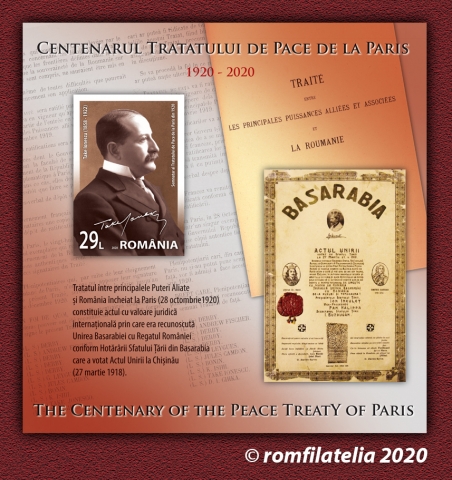 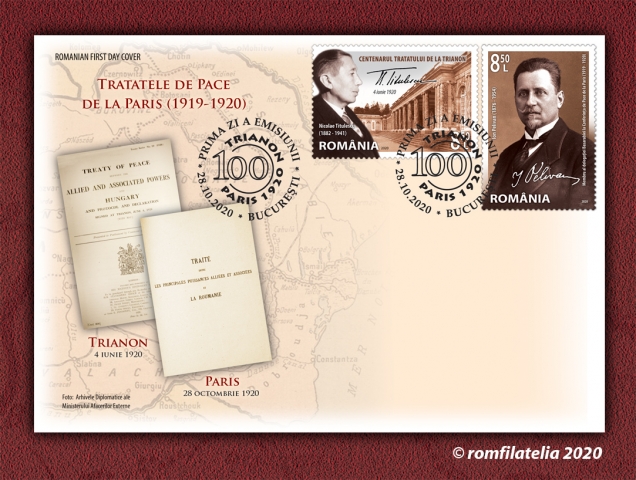 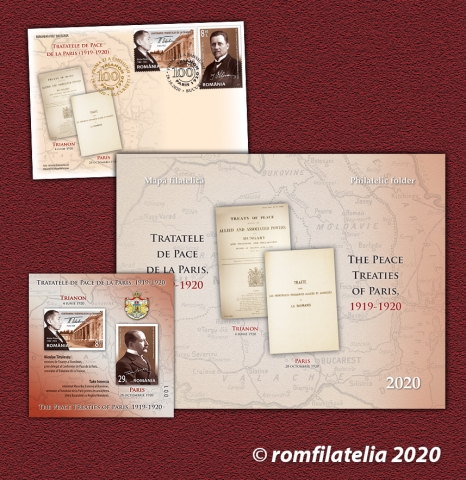 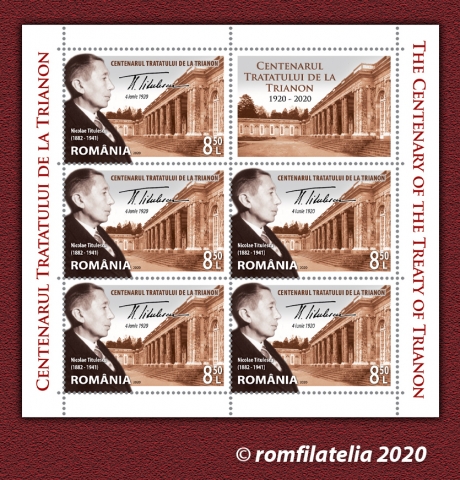 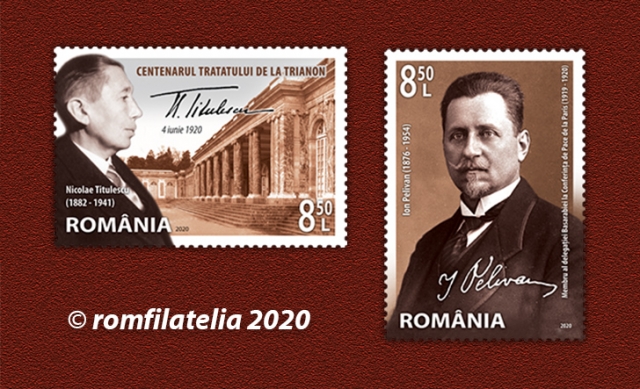 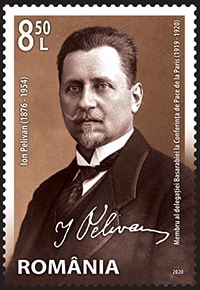