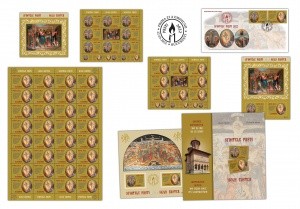 Around the most important event of Christendom, Romfilatelia introduces into circulation, on Tuesday, March, 22nd, this year, the postage stamps issue Holy Easter 2022,

This year, the icons illustrated within the postage stamps issue, were selected from the patrimony of the Kretzulescu Church in Bucharest, who celebrates 300 years since its construction.

Historical monument, landmark of the Victory Way in Bucharest, Kretzulescu Church has its founding year in 1718, when Iordache Kretzulescu and Safta Brancoveanu (daughter of the martyred voivode) returned from the exile in Constantinople.

The feast of Easter is a feast of joy and hope, the candles lit on the night of the Resurrection drive away darkness and fear, their light accompanies the optimism and emotion of the moment when the chests of millions of Christians resound: Christ is Risen!, to which clearly, a divine echo responds: Truly He is Risen!

The two postage stamps of the issue, along with a philatelic souvenir sheet, dedicated to this year’s Easter, present in their images a biblical story that is easy to decipher and especially easy to understand: The entry into Jerusalem (the stamp of the philatelic souvenir sheet) in which Jesus is hailed as a true King, for that after a few days to be judged and condemned to death by crucifixion, forsaken by his fellows and His disciples, becoming the divine symbol of the sacrifice for the salvation of people.

All images used to develop the postage stamps issue Holy Easter 2022 were made available by the servants of the Kretzulescu Church, for which Romfilatelia sends its best thanks.

Romfilatelia thanks His Beatitude Father Patriarch Daniel for the High Resolution, the blessing, as well as for the documentary support given to the development of this postage stamps issue by the designated representatives of the Romanian Orthodox Church.

The philatelic issue will be available starting Tuesday, 22nd of March, in Romfilatelia’s shops network in Bucharest, Bacau, Brasov, Cluj-Napoca, Iasi and Timisoara and online on https://romfilatelia.ro/store/. 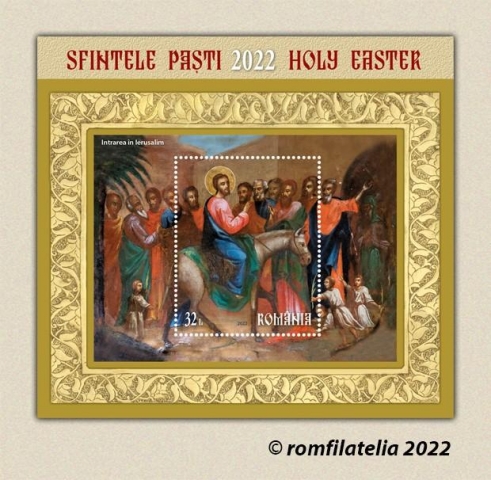 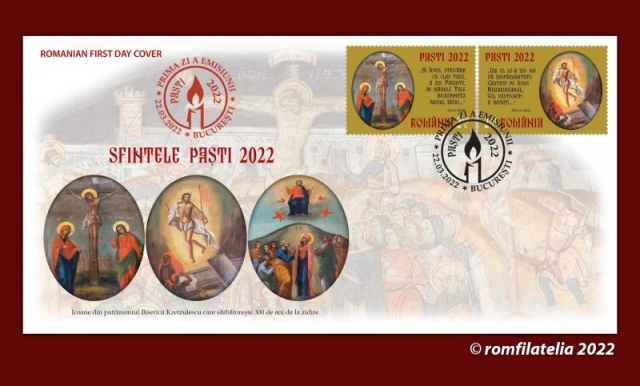 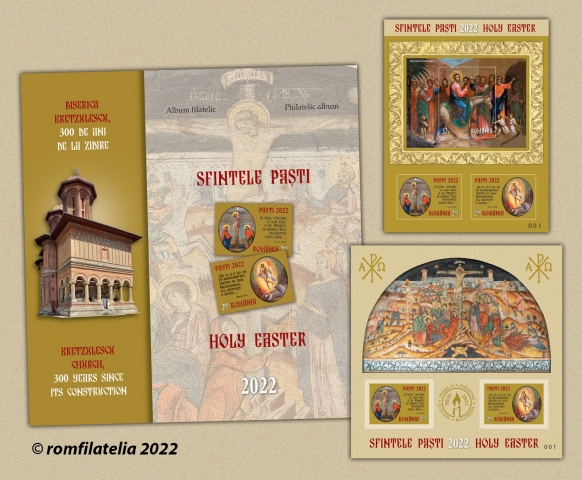 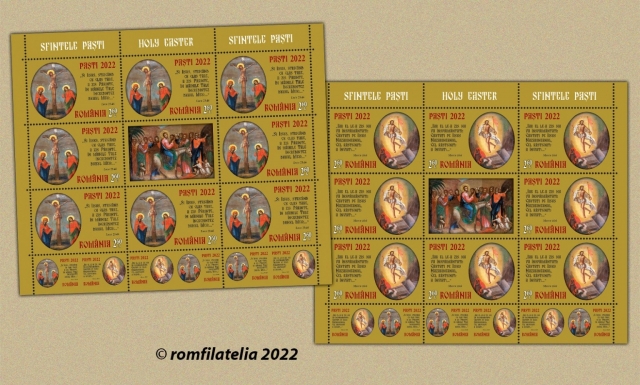