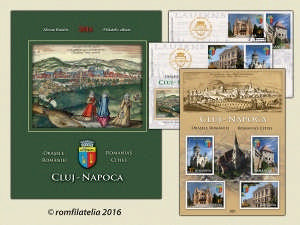 If you are looking for a city that witnessed the history of a whole region, a city where the cultural, linguistic and religious traditions blend in harmony with the nature and the architecture that charm you at each footstep, then look no more. Since the name itself of “treasure city”, as Cluj-Napoca was also called, gives the traveller the impulse and curiosity to visit and discover what this important educational and cultural centre has to offer.

Marked by history, but at the same time a promoter of some of the most modern Romanian and international ideas and firts, Cluj was documentary certified for the first time in the 2nd century AD, when the Greek geographer Ptolemy mentioned this important locality of the Roman Dacia.  The evolution of Cluj up to the status of primary city of Transylvania, as it was considered at the beginning of the 16th century, registered a historic moment of high importance in the year 1316, when it was given the status of “city” (civitas), thus becoming one of the first cities on the current territory of Romania.

At 700 years since this historical moment (when Cluj was granted the status of “city”), Romfilatelia invites you to a unique trip into the spiritual and economic capital of Transylvania.  Entitled The Cities of Romania, Cluj-Napoca, the latest stamp project continues the series of postage stamp issues from the Cities of Romania category, and offers to collectors four anniversary stamps, which can be purchased from Romfilatelia’s shops in Bucharest, Bacau, Cluj-Napoca, Iasi and Timisoara, starting with Friday, August 19th, 2016.

The stamp with the face value of lei 3.50 reproduces the image of the “Dormition of Virgin Mary” Orthodox Metropolitan Cathedral, one of the most beautiful buildings of Cluj-Napoca. The cathedral is specific to the traditional Romanian Orthodox architecture, being built in a trefoil plan, following the plans of architects Constantin Pomponiu and George Cristinel.

Another symbol of the city, the Tailor’s Bastion (Tower), is shown on the stamp with the face value of lei 4. Named after the tailors’ guild in Cluj, the tower represents the south-eastern corner of the medieval fortress built starting with the 15th century, being the largest defence tower of the city that was entirely preserved.

The stamp with the face value of lei 4,50 reproduces the image of the “Lucian Blaga” National
Theatre and Romanian Opera. Made in a Neo-Baroque style, the building of the National Theatre
and of Romanian Opera was built between 1904 – 1906, after the blueprints of famous architects Hermann Helmer and Ferdinand Fellner. The first performance in Romanian on the stage of the National Theatre took place in December 1919 with the plays “Is getting light” (“Se face ziua”, by Zaharia Barsan) and “Ovidiu” (by Vasile Alecsandri). The Romanian National Opera of Cluj-Napoca was inaugurated on May 25th, 1920 with G. Verdi’s “Aida”.

The stamp with the face value of lei 15.00 illustrates the image of “Babes-Bolyai” University, one of the most prestigious state higher education institutions in Romania. Built in the Eclectic style, between 1893 and 1902, the university has, since 1959, the name of the Romanian bacteriologist Victor Babes and the name of the Hungarian mathematicians family Bolyai.

The issue is completed by a set of two first day covers and a set of 4 maxicards, and as page composition were used the sheet of 32 stamps, minisheet of 5 stamps + 1 label and the block of
4 stamps (in philatelic album).

The special product of the issue is the philatelic album, created into a limited edition of 245 pieces and equipped with the block of 4 postage stamps of the issue and the set of the two First Day Covers having the “first day” postmark clearly imprinted in foiling. Both products are numbered from 001 to 245.

Romfilatelia thanks the “Babes Bolyai” Univesity and Cluj-Napoca City Hall, Mr. George Avanu and Mr. Stefan Socaciu for the documentary support granted in the creation of this postage stamp issue.