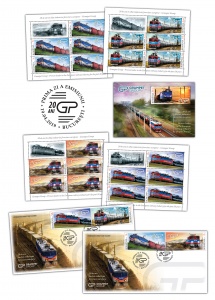 On Friday, April 19th , this year, Romfilatelia introduces into circulaton a postage stamps issue, with the topic related to what the railway domain represents: locomotives and liners as means of transport by railroad.

The postage stamps issue released under the name of „Grampet Group, proven leader in the European railway industry for the past 20 years” is considering an activity carried out by a multinational company with Romanian capital, which owns the largest railway group and private logistic operator in south-eastern Europe. In this context, any beneficial initiative meant to revive what is defined as railroad, is justified to be mentioned and promoted.

The postage stamp issue Grampet Group, proven leader in the European railway industry for the past 20 years will be available on Friday, April 19th 2019, in Romfilatelia’s shops network in Bucharest, Bacau, Brasov, Cluj-Napoca, Iasi and Timisoara and online on http://romfilatelia.ro/store/. The postage stamp issue is completed by 2 “first day” covers, as page composition in sheet of 32 stamps and minisheet of 5 stamps with 1 label and perforated souvenir sheet. 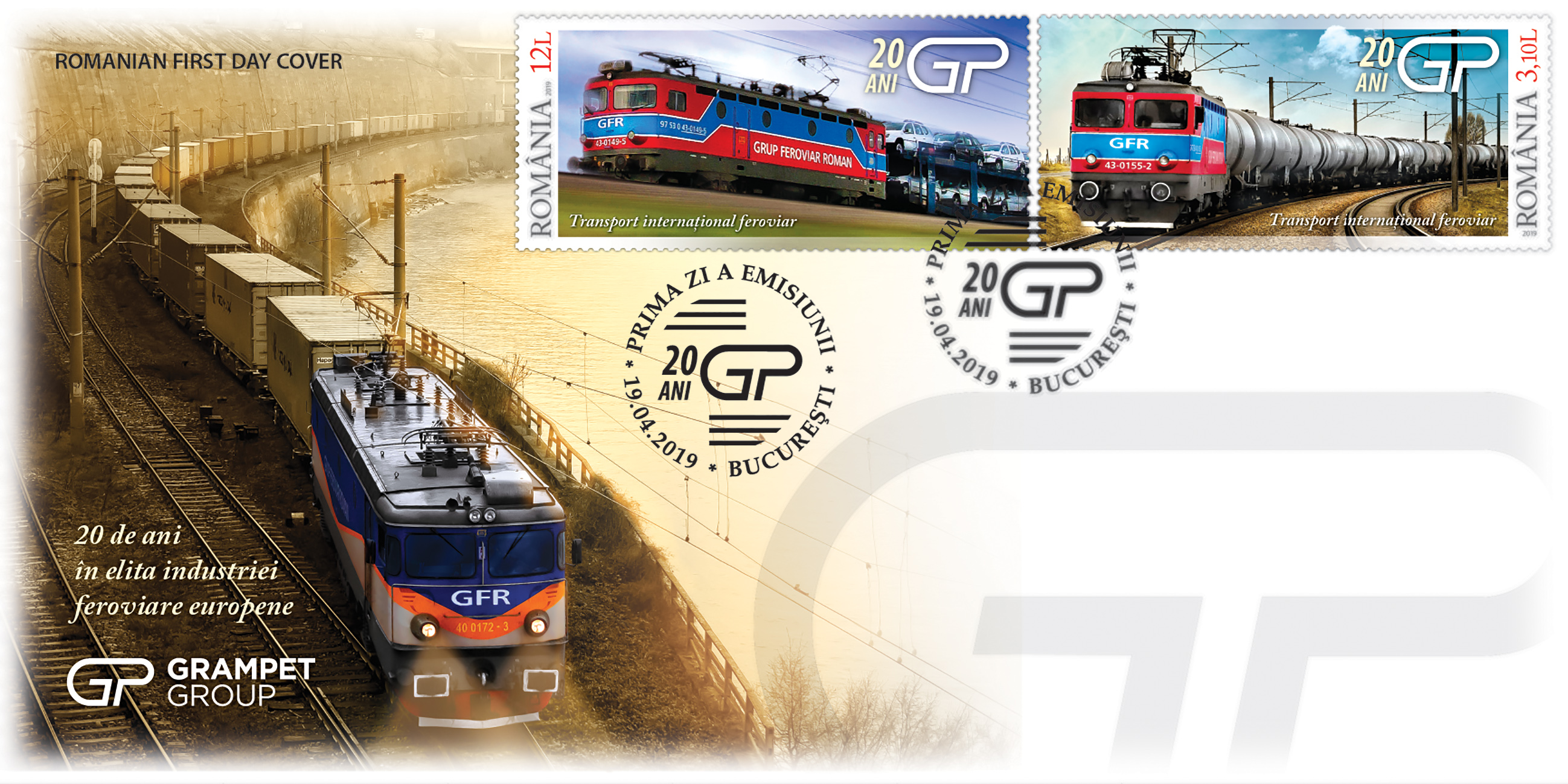 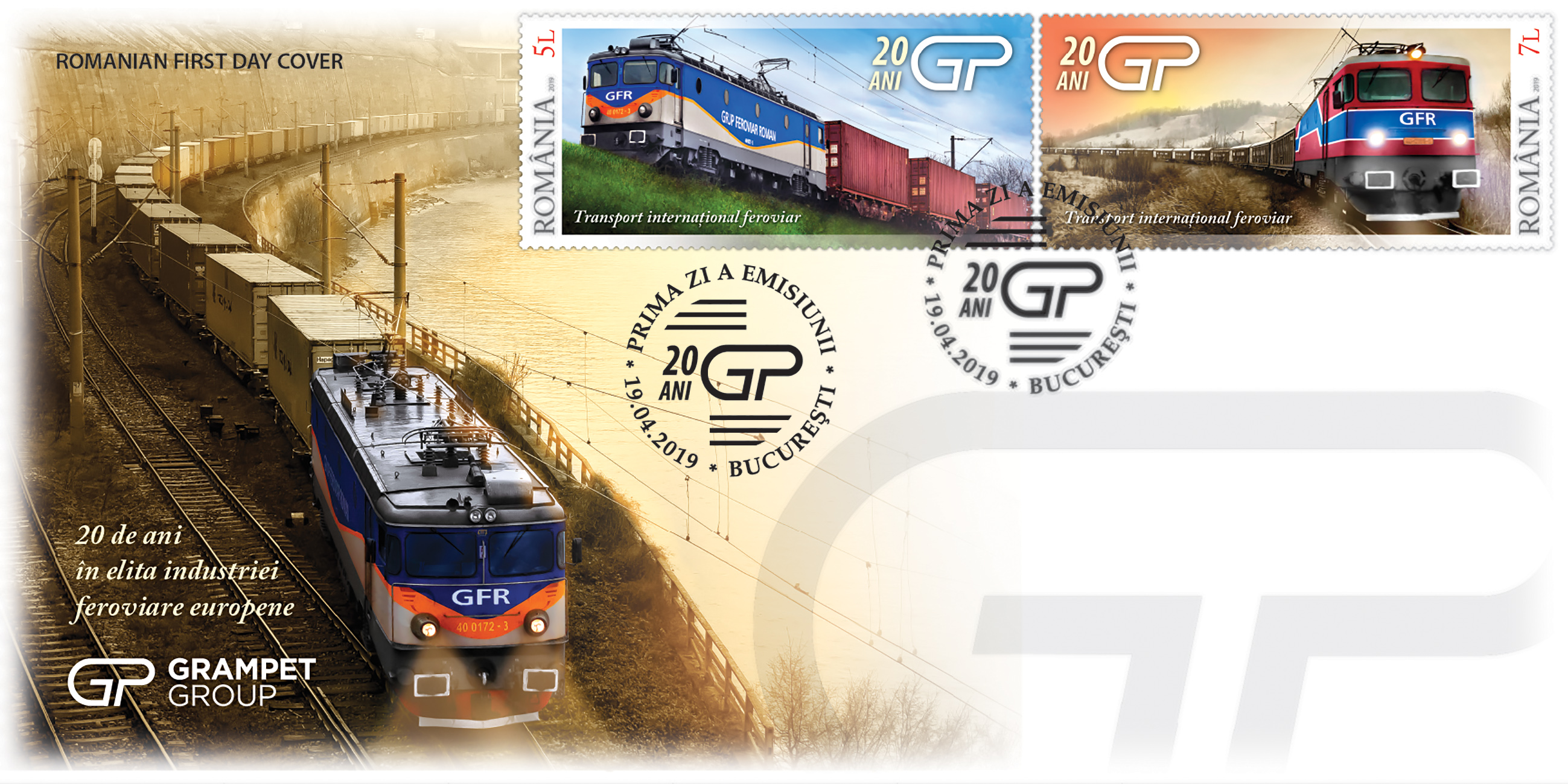 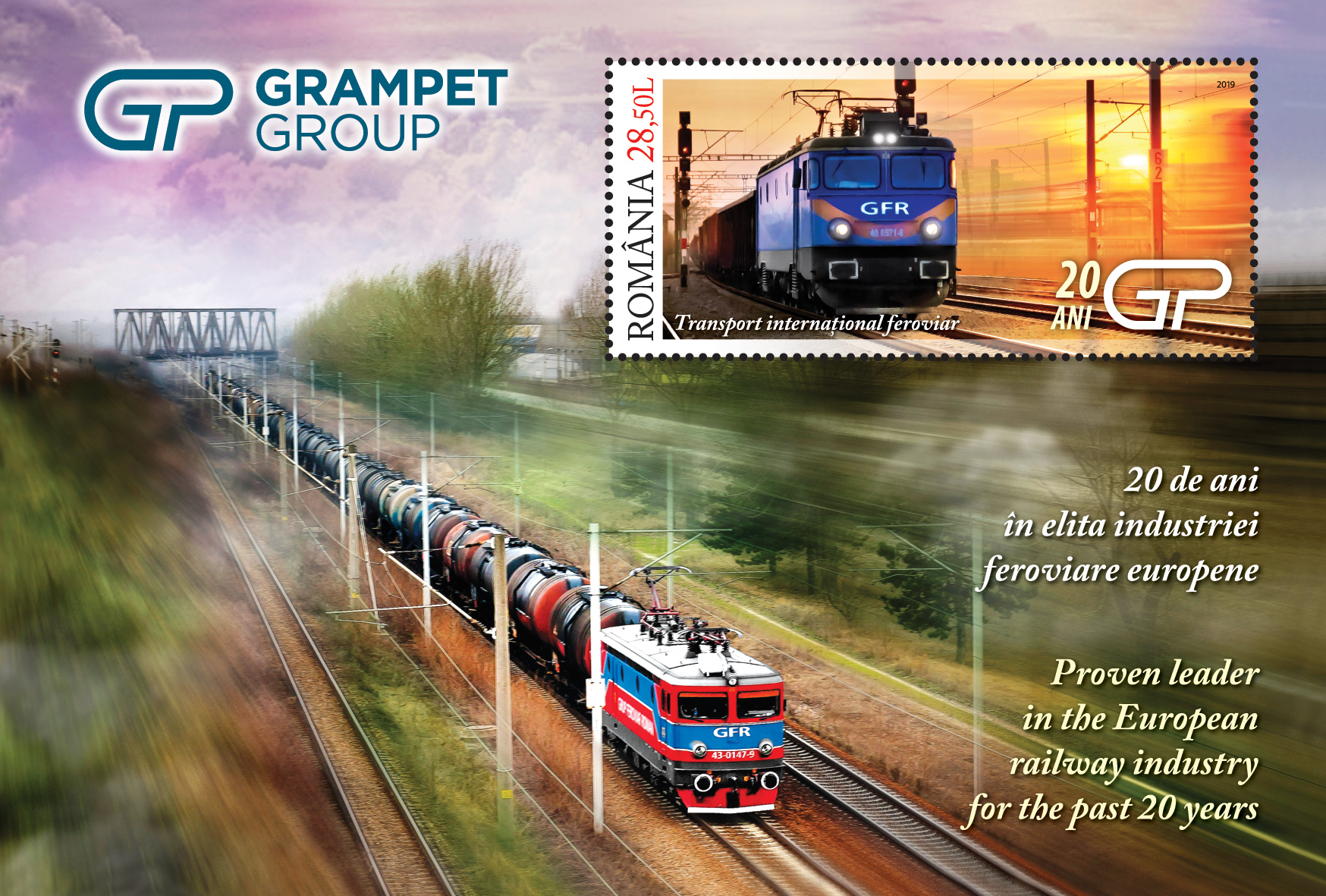 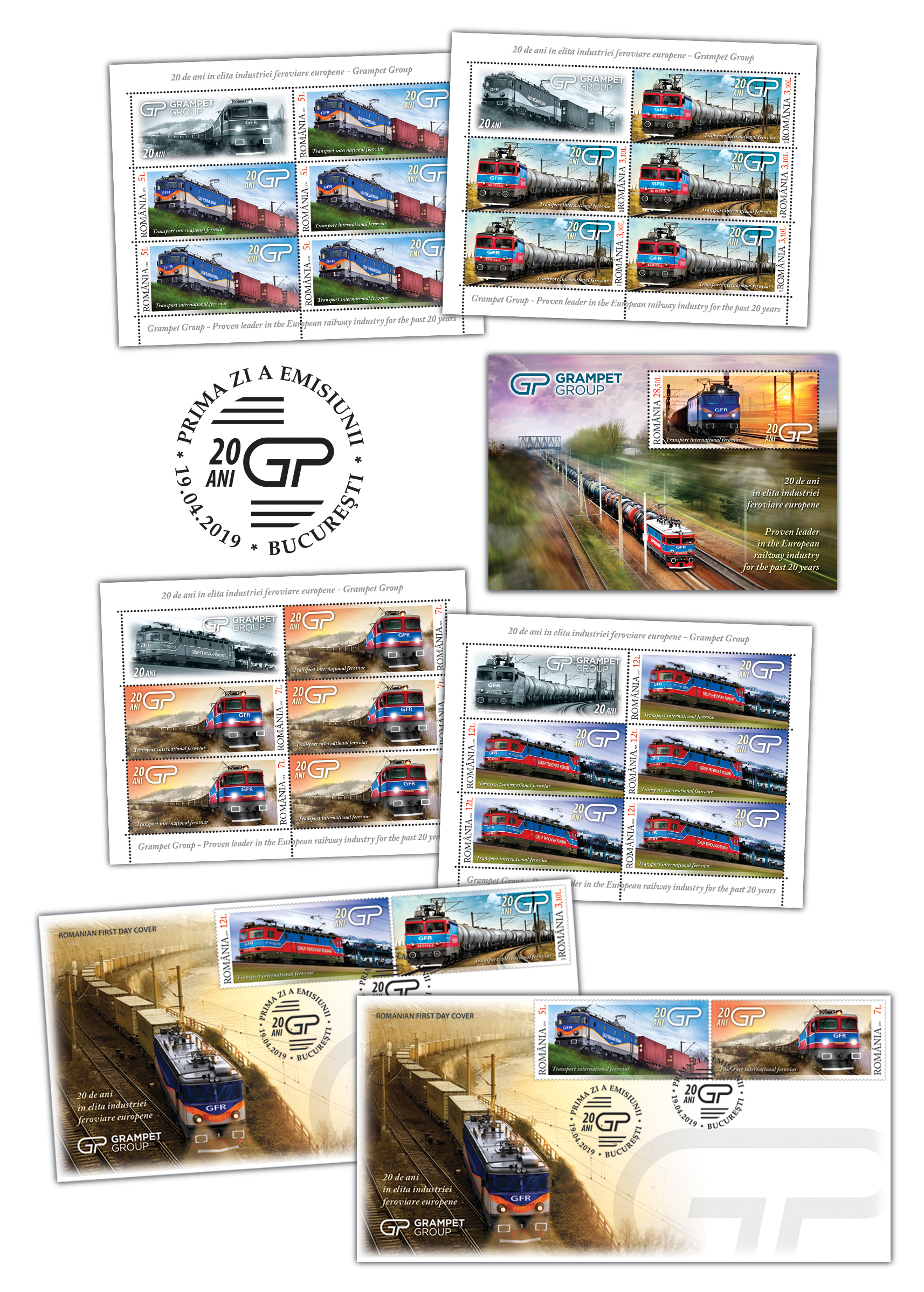 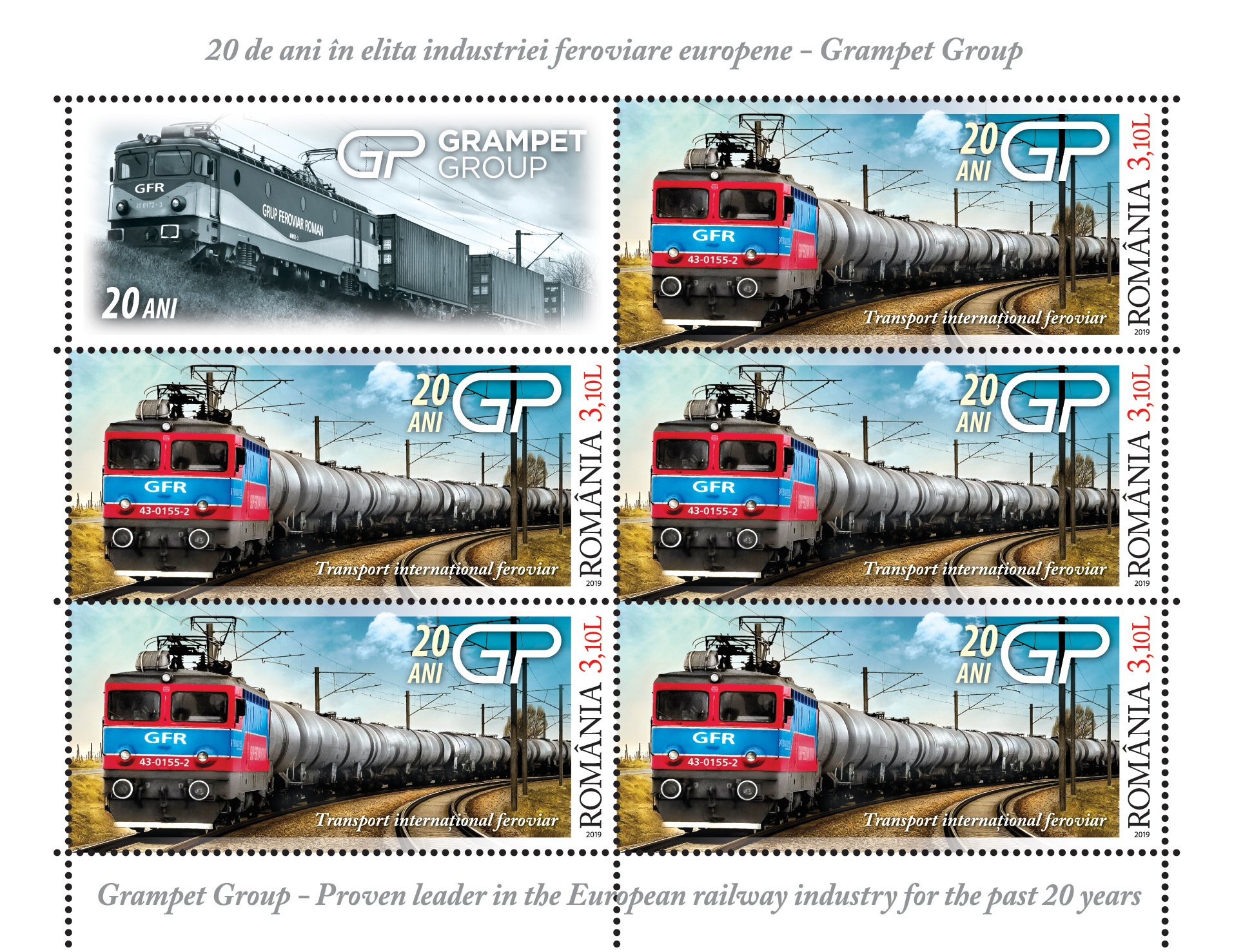 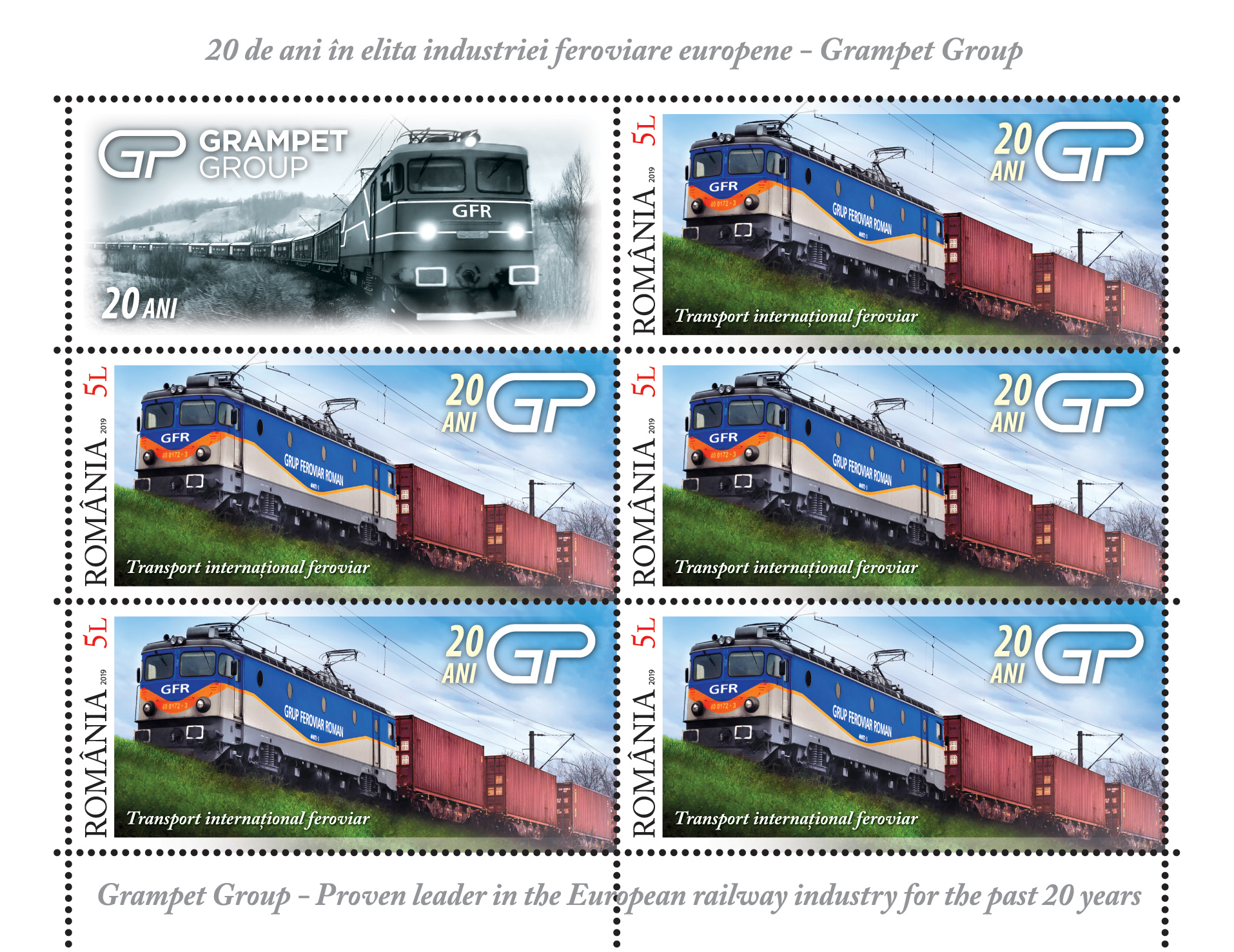 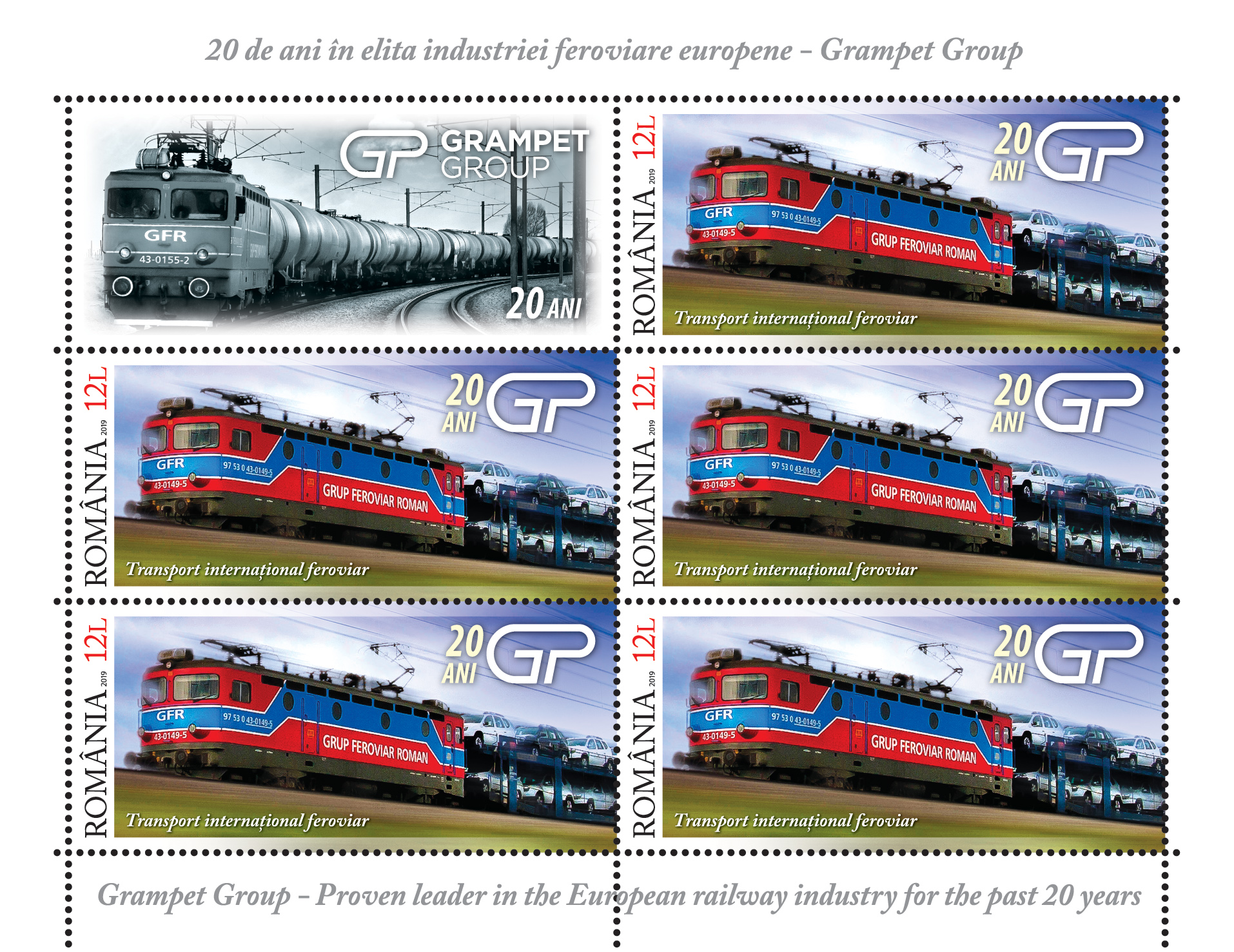