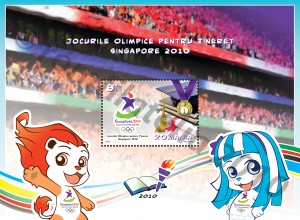 In July 2007, at the 119th session of the International Olympic Committee, held in Guatemala, the IOC President, Jacques Rogge, presented the Youth Olympic Games project, dedicated to the teenaged athletes between the ages of 14 and 18.

They established that summer edition in 2010 to be hold in the capital city of Singapore; in 2014, it would be hold at Nanjing (People’s Republic of China). The first winter edition of these games will be hold in 2012, at Innsbruck (Austria).

They estimate that almost 5000 athletes, from more than 200 countries, competing in
26 sports events, will participate at the Youth Olympic Games (YOG) taking place from 14 to 26 August.

The Youth Olympic Games Opening and Closing Ceremonies will be staged at The Float@Marina Bay, from Singapore, which is also the world’s largest floating platform.

The floating platform on Marina Bay – made entirely of steel – measures 120 meters long and 83 meters wide, which is 5% larger than the soccer field at the National Stadium. The platform can bear up to 1,070 tones, equivalent to the total weight of 9,000 people, 200 tones of stage props and three 30-tone military vehicles each.

The gallery at the stadium has a seating capacity of 30,000 people. This stadium is part of the Marina Bay Street Circuit Turns 17 and 18 which hosted the Formula One Singapore Grand Prix.

The sports contests will promote durable values, the same as the traditional Olympic Games: perfection, friendship and respect. Young athletes of the world will compete in the spirit of those values hoping to be the future Olympic laureates and prominent citizens of the world community.

Our thoughts will go along with Romania’s young hopes to which we wish sincere success and as many victories as possible, that might honor the Romanian flag.

We would like to warmly thank both the Romanian Olympic and Sports Committee (COSR) and the International Olympic Committee (IOC) for their support in accomplishing this postage stamps issue. 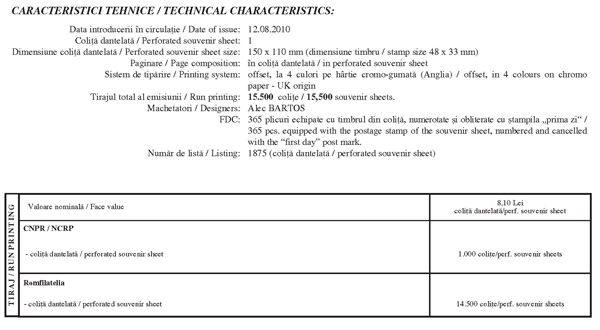