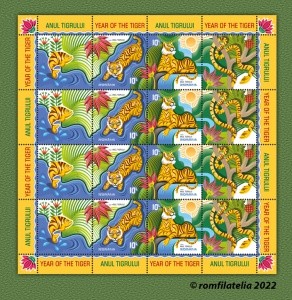 Romfilatelia continues the series of philatelic themes dedicated to the Chinese Zodiac, through the Year of the tiger postage stamps issue, which will enter into circulation on Tuesday, February 1st, 2022.

The design of the two postage stamps of the issue, both with the face value of Lei 10, illustrate the symbol of the zodiac sign Tiger in two hypostases harmonized with the environment in which the real animal lives (lush vegetation and water).

The Chinese zodiac appeared more than three thousand years ago, earlier than European astrology. The concept of this zodiac has become a serious competitor to the Western zodiac system in determining human character. Unlike astrology, which predicts depending on the position of the sun, stars, and planets, the Chinese calendar based on the moon phases, places the name of an animal in each year of a 12-year cycle. It is accepted the idea that each of the 12 animals of the zodiac has the ability to endow the person born in that year with certain qualities.

An Asian legend says that Buddha summoned all animals to celebrate the New Year together. However, only 12 unreasoning creatures came to the meeting for whom the zodiac established certain years: the rat, the buffalo, the tiger, the rabbit, the dragon, the snake, the horse, the goat, the monkey, the rooster, the dog and the pig. These are associated with five elements: Water, Fire, Earth, Metal and Wood.

Regarding the tiger animal, an Indian proverb is worded as follows: “Do not blame God for having created the tiger, but thank Him for not giving it wings!”.

The tiger is a symbol of the warrior caste, of the active principle, of the creative energy, in opposition to the dragon which represents the passive principle. In the mythology of the peoples of Asia, it is characterized as the king of animals, a symbol of power and monarchy. It is considered the god of mountains and caves, protector of the royal dynasty and intermediary between Earth and Heaven.

Household objects, fabrics, adorned with drawings representing the tiger are considered protective. It should be noted that in 1998, in Seoul, the Olympic Games had a tiger as a mascot.

The tiger is also known as an Asian heraldic sign, being the national symbol of India, Bangladesh and the Republic of Korea. According to a survey conducted by Animal Planet, the tiger was voted as the favourite animal, surpassing the dog, dolphin, horse, lion, snake and other animals such as elephant, chimpanzee, orangutan and whale. A collaborator of the list compiling stated: “we can identify ourselves with the tiger, because it is ferocious and imposing on the outside, but noble on the inside”.

Presenting its living environment, a wise definition is given by a Cambodian proverb: “The forest is the mother of the tiger, and the tiger is its protector”. The tiger lives in all forest species, from the humid jungles of Indochina and Indonesia, up to 3,000 meters high, in Nepal.

If we are talking about the favourite colours of the zodiac of the year 2022, we must start from the five elements associated with the zodiac signs, namely Earth, Metal, Wood, Water and Fire, which in turn represent eight directions: North (Water), North-East (Earth), North-West (Metal), South (Fire), South-East (Wood), South-West (Earth), East (Wood), West (Metal).

The year 2022 is not very balanced in terms of elements. We are dealing with an abundance of wood, while fire and metal are missing from the zodiac diagrams. Therefore, the lucky element of 2022 is considered the Metal, represented by the colours white, gold and silver. The second element is Fire, represented by red, purple, and orange.

The predictions of the Chinese zodiac present 2022 as a year of massive changes, of new and bold ideas, especially controversial ones. 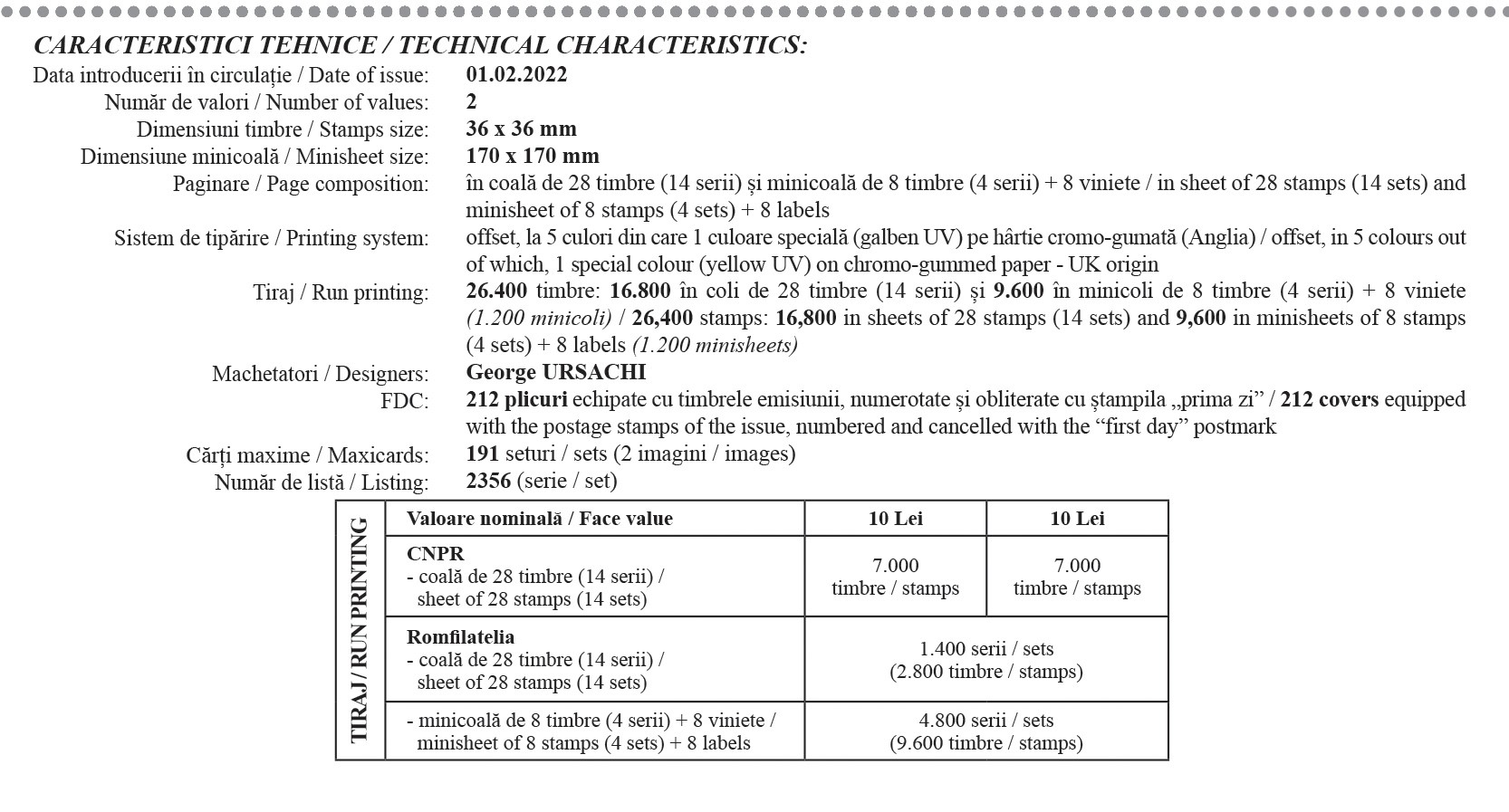