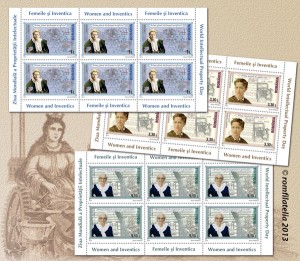 On the occasion of celebrating the World Intellectual Property Day on the 26th of April, Romfilatelia introduces into circulation a postage stamps issue dedicated to this event.

These conventions, considering the entire family of intellectual property rights, include invention patents, registered trademarks, drawings and models, geographical indications, the copyrights and related rights. The trademark protects how a producer is identified, and the copyright protects the original works, such as literary, artistic or scientific ones.

Established in 1967, the World Intellectual Property Organisation (WIPO), one of the 15 specialised agencies of the United Nations (UN), has as main responsibilities to develop a world wide intellectual property system able to reward creativity, to boost innovation and to contribute to the economic development.

Based inGeneva, the organization has 185 members and manages 25 international treaties.

This year, the motto of the World Intellectual Property Day is Creativity – The Next Generation.

Conveying a special approach to this theme, Romfilatelia illustrates three female personalities and their inventions on the postage stamps, under the name Women and Inventics.

Stefania Maracineanu (1882-1944), famous in the scientific world as the physicist who discover artificial radioactivity in 1924 is illustrated on the postage stamp with the face value of Lei 1.00.

This discovery was unjustly attributed to Irène and Frédéric Joliot-Curie, who received a Nobel Prize for it.

Marie Curie’s daughter provided in 1934 the moral compensation in an article published in News Wiener Journal, strongly asserting that: “Miss Mărăcineanu announced the discovery of artificial radioactivity in 1924”.

As a result of the close cooperation between Professors Bungetianu and Vasile Karpen, Stefania Maracineanu caused in 1931 the first artificial rain in the world on Baragan Plains. The radioactive salts were spread in the clouds by aviator Bazu Cantacuzino.

Josephine Cochrane (1839-1913), born in the USA – State of Illinois, and illustrated on the postage stamp with the face value of Lei 3.30, was the inventor of the dishwasher.

Concerned with solving a daily problem, namely, dish washing, she made multiple attempts to find a solution in order to mechanise this chore. She obtained the first patent for her invention in 1886 and, in 1893, she won a prize for design and durability at the Chicago World’s Fair.

The company named after her became known on the dishwasher machine market, especially for hotels and restaurants, and also on the household electrical appliance market. The company changed its name into Kitchen Aid, subsequently becoming a part of the Whirlpool Corporation.

She was an U.S. Navy Rear Admiral. A destroyer – USS Hopper and a supercomputer – Cray XE6 Hopper were named after her.

On the postal stationery is reproduced an inventics’ allegory using an engraving and decorative elements from the first page of the Royal Certificate that assigns the invention of a means for inducing rain to Stefania Maracineanu.

We would like to thank the State Office for Inventions and Trademarks (OSIM) and the Romanian Copyright Office (ORDA) for the support granted in the accomplishment of this postage stamps issue. 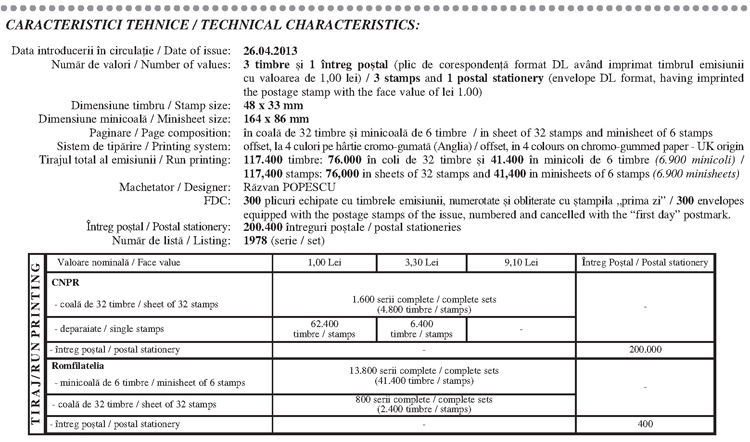