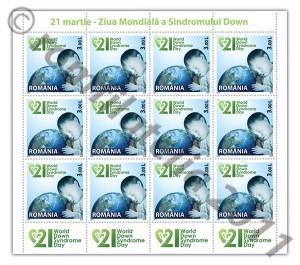 This project represents a philatelic premiere, being for the first time when this topic is the subject of a postage stamps issue.

The Down syndrome is a chromosomal genetic condition affecting one of every thousand children. It is supposed that people with this syndrome have always existed.

The one who described the syndrome for the first time was the British physician John Langdon Down, in 1866.

In 1959, the French pediatrician and geneticist Jérôme Lejeune discovered that Down syndrome was caused by the presence of an additional 21st chromosome thus appearing a number of 47 chromosomes as compared to 46, as normal people have. Thus, the pair of the 21st chromosome contains another one, in addition. For this reason, the syndrome is also known as trisomy 21 or mongolism.

The condition level differs from one person to another and it is hard to appreciate, in the moment of birth, how this disorder will evolve in the future.

Individuals with Down syndrome have distinct physical features and characteristics and, though this condition is permanent, most of the affected people may live normal and have active life if they are  properly taken care of.

On 21st of March 2006, Down Syndrome Association organized, in Singapore, the first actions meant to draw attention to the appropriate understanding of this condition. Simultaneously, similar events occurred in Geneva. Later, March 21st was declared the World Down Syndrome Day.

Since 2008, World Down Syndrome Day is recognized by the World Health Organization, the specialized agency in public health problems of the United Nations.

Since 2006, every year, on March 21st, in more and more countries throughout all continents, manifestations meant to raise awareness about Down syndrome take place, in order to make people understand the related problems.

At the same time, through these events, they try to mobilize the others to recognize the dignity and rights, including the one to welfare, of the people affected by Down syndrome.

We kindly thank the Ministry of Health, the National Institute for Public Health and Down Syndrome International (DSI) for their documentary assistance in the accomplishment of this postage stamps issue. 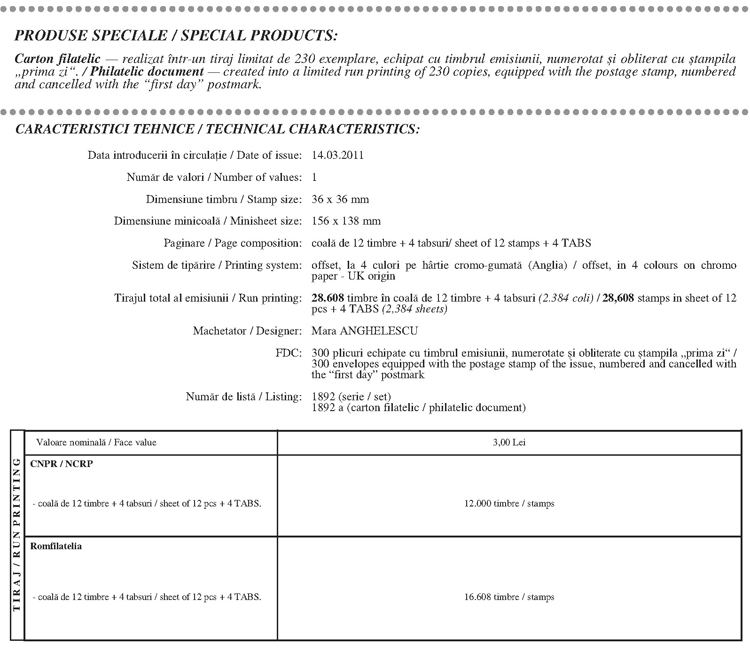