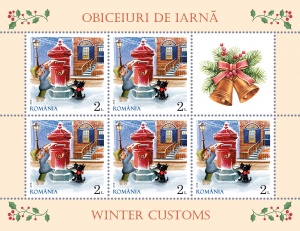 The  postage stamp issue Winter Customs will be available on Friday, December 5th 2018, in Romfilatelia’ own shops network in Bucharest, Bacau, Brasov, Cluj-Napoca, Iasi and Timisoara and online on https://romfilatelia.ro/store/. The postage stamp issue is completed by the “first day” cover, as page composition in sheet of 32 stamps and minisheet of 5 stamps + 1 label. 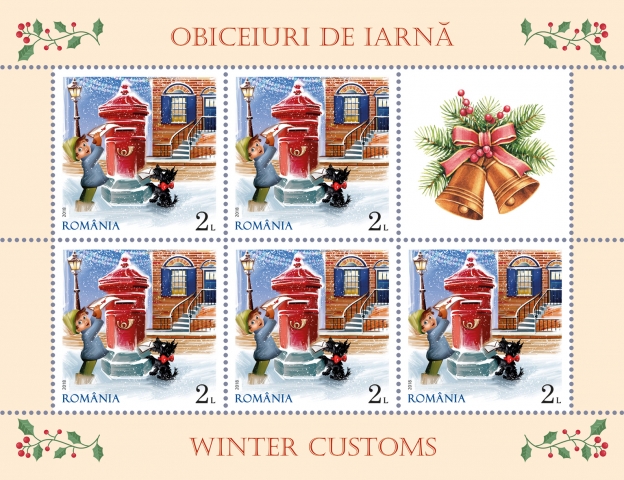 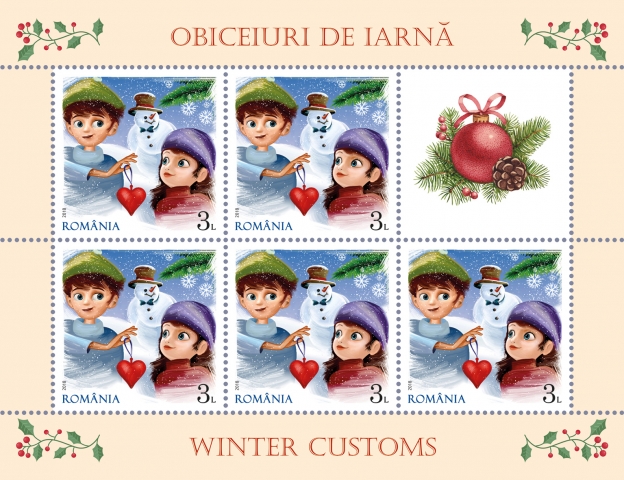 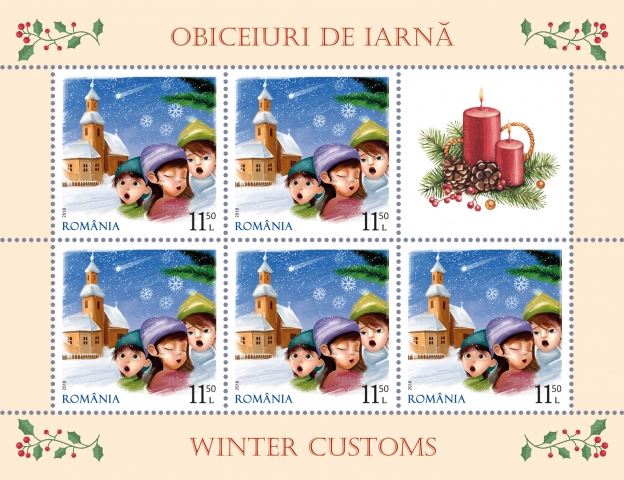 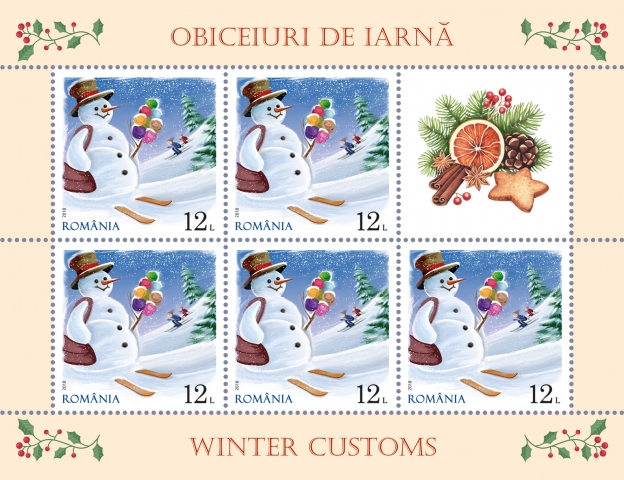 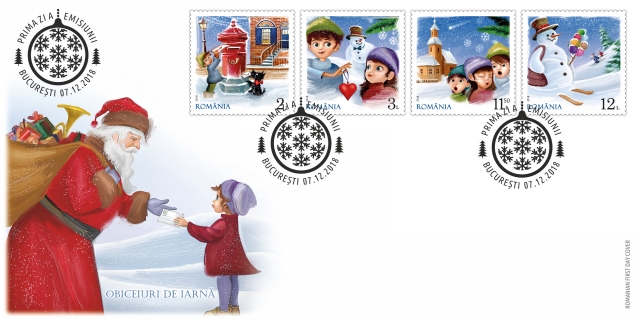