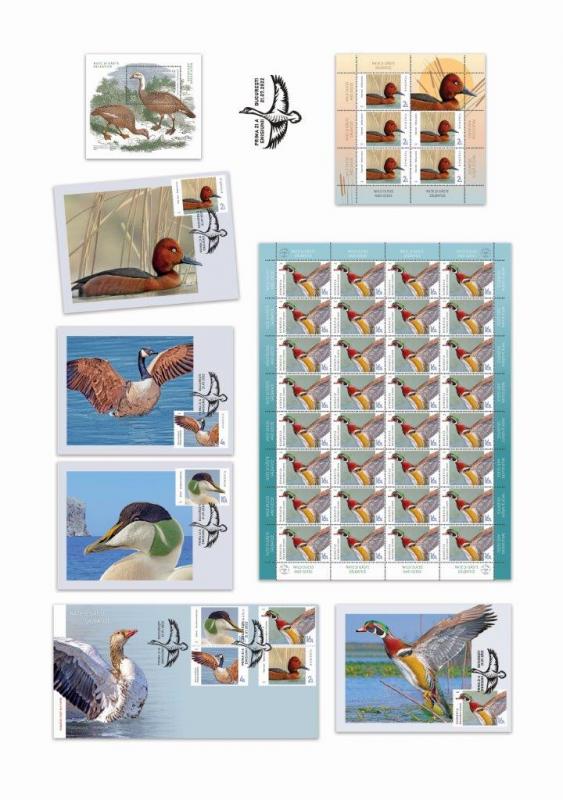 Always creating fascination, both through the colourful plumage and for the symbolism of returning in the warm period, the species of wild ducks and geese, very diverse and adapted to different habitats, are still of major interest to hunters, ornithologists and bird watchers.

Romfilatelia included in the current Issuing Program, the postage stamps issue “Wild Ducks and Geese”, a theme appreciated by collectors and the large audience, in general. The issue, consisting of four postage stamps, a perforated souvenir sheet, a First Day Cover and a set of maxicards for the passionates of maximaphily, will be introduced into circulation on Thursday, July 21st, this year.

In the postage stamps of the issue, the following species are depicted: ferruginous duck, Canada goose, common eider, wood duck. On the perforated souvenir sheet is illustrated the Magellan goose,
and on the First Day Cover is the image of a greylag goose.

Ferruginous duck (Aythya nyroca), represented on the stamp with the face value of Lei 2.00, is a migratory species that usually winters in southern Europe, around the Mediterranean and in Southeast Asia. The light-coloured eyes of the male, being in obvious contrast to the plumage, are particularly striking.

Canada goose (Branta canadensis), illustrated on the stamp with the face value of Lei 4.00, is a species native to North America and winters in southern North America, including Mexico. It is a large-sized goose species with a long neck, massive beak and large legs. It distinguishes itself by a white spot on the chin.

Common eider (Somateria mollissima), depicted on the stamp with the face value of Lei 10, is a sea duck, from the Anatidae family, which lives in the Nordic countries, The male is unmistakable, with its black-and-white plumage and green nape, and the female is brown.

Wood duck (Aix sponsa), represented on the stamp with the face value of Lei 16, is a small duck species, widespread in North America and Mexico, and in Europe it is an alien, invasive species.

Magellan goose (Chloephaga picta), depicted on the perforated souvenir sheet, having the stamp with the face value of Lei 32, belongs to the genus Chloephaga, a genus that includes a small group of five species of South American geese, with small beaks and beautifully coloured feathers.

Greylag goose (Anser anser), illustrated on the First Day Cover, is also known as the big goose or the grey goose. From this species originates the domestic goose. The greylag goose is the largest species of goose in the country, weighing up to four kg.

The philatelic issue will be available starting Thursday, 21st of July, in Romfilatelia’s shops network in Bucharest, Bacau, Brasov, Cluj-Napoca, Iasi and Timisoara and online on https://romfilatelia.ro/store/. 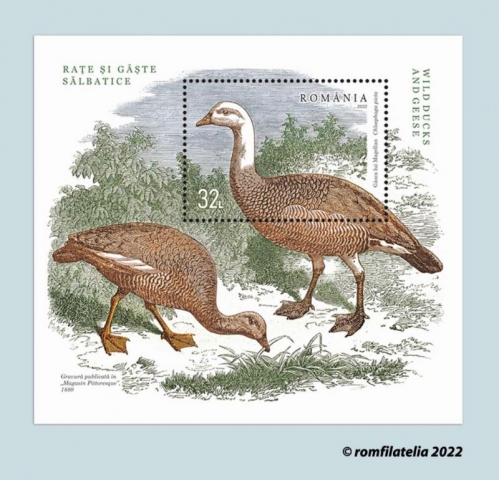 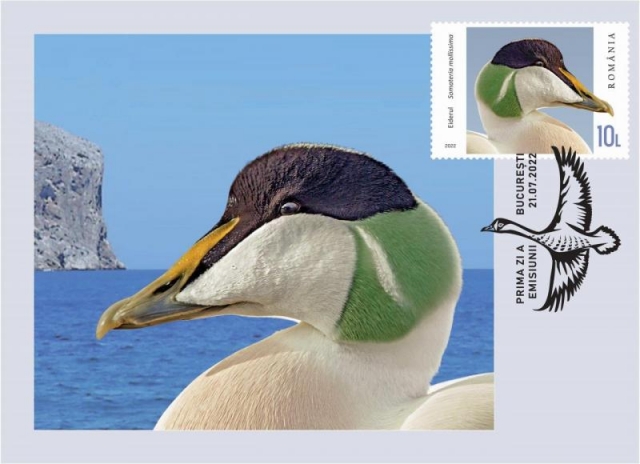 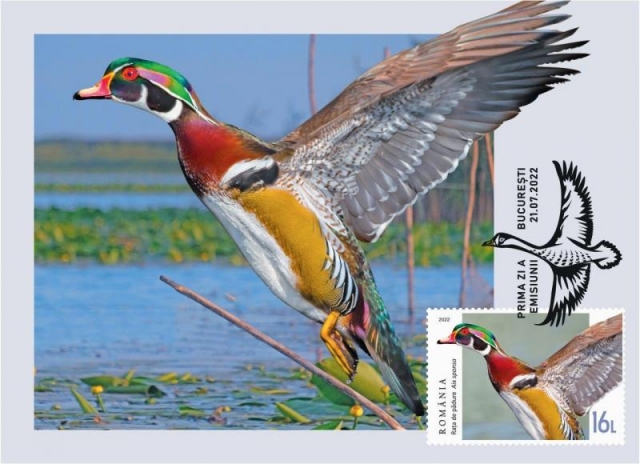 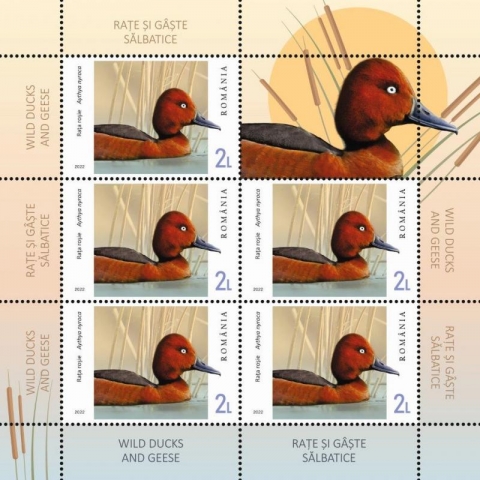 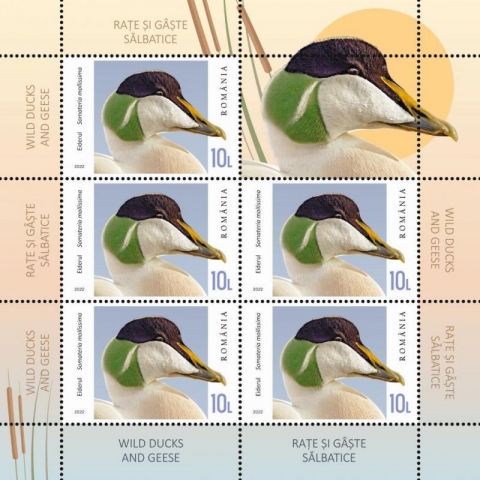 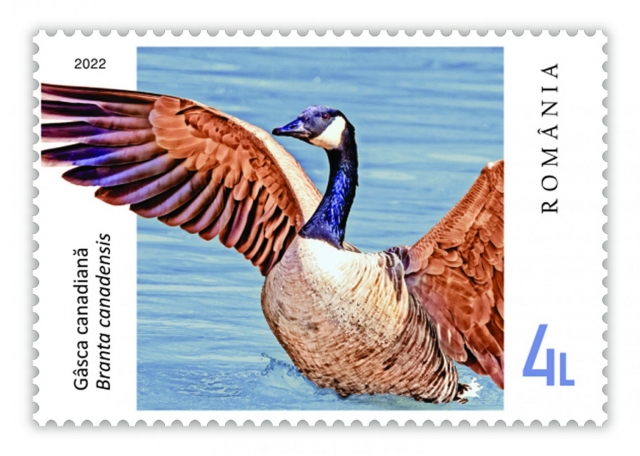 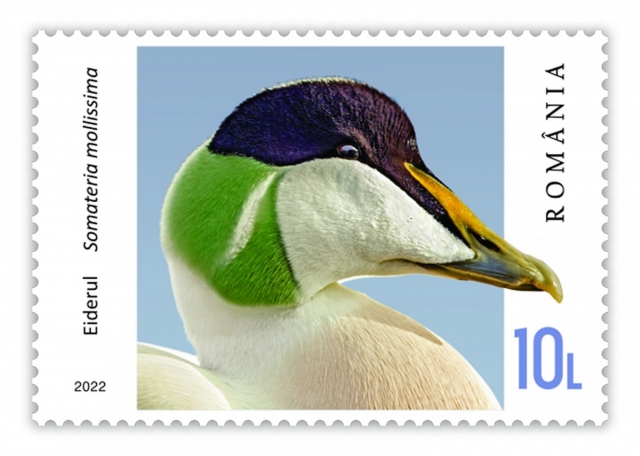