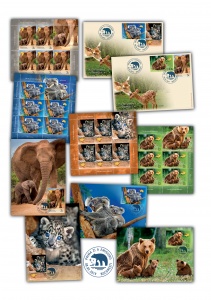 Continuing the highly appreciated theme of the fauna, Romfilatelia puts into circulation on Friday, February 8th of the current year, a new issue of postage stamps „Wild cubs”.

The cuddling of the baby animals awakens in our souls’ feelings of affection, and the babies of wild animals are a continuous attraction, as well as the environment in which they live, hardly known.

On the first stamp, with the face value of Lei 3, is illustrated the baby African elephant (Loxodonta africana), along with its mother.

The African elephant lives in sub-Saharan Africa, in deserts, forests, river valleys, swamps and savannas. The elephants live in cards of different sizes, made up of both sexes, cards that are most often led by a female.

On the second stamp with a face value of Lei 5 is illustrated the baby Koala (Phascolarctos cinereus), carried on the back of its mother during the climbing of a eucalyptus tree. Koala is an arboreal marsupial herbivore endemic mammal living in Southern and Eastern Australia.

It spends about three of the five hours of activity eating, consuming about 1.5 kg of leaves, which its choose carefully, as the young leaves of some eucalyptus species, at least during certain periods, synthesize, among others, Prussian acid, a poison extremely strong.

On the third stamp with the face value of Lei 7 is illustrated the Snow Leopard or the Irbis (Panthera uncia).

Also called the ʺGhost of the Mountainsʺ, the snow leopard is a solitary animal, of the feline family, which lives in the Central Asian Mountains and is on the verge of extinction. It lives only above the limit of Asian forests, in the summer it is withdrawn at altitudes of 3,600-4,000 m and in winter it descends to 1,800 m.

On the fourth stamp, with the face value of Lei 12, are illustrated two Brown bear cubs (Ursus arctos) alongside their mother. The brown bear is met in Europe and is also present in our country.

It has the power to adapt to different habitats, from the plain to the forests and subalpine areas. It prefers wooded mountain areas, hard to reach, with fallen trees or cliffs, but also hilly areas, rich in orchards with fruit trees.

On the two first day envelopes is illustrated the baby Fallow Deer (Dama dama), along with its mother.

The postage stamp issue Wild cubs will be available on Friday, February 8th 2019, in Romfilatelia’s shops network in Bucharest, Bacau, Brasov, Cluj-Napoca, Iasi and Timisoara and online on http://romfilatelia.ro/store/. The postage stamp issue is completed by the 2 “first day” cover, as page composition in sheet of 32 stamps and minisheet of 5 stamps + 1 label. 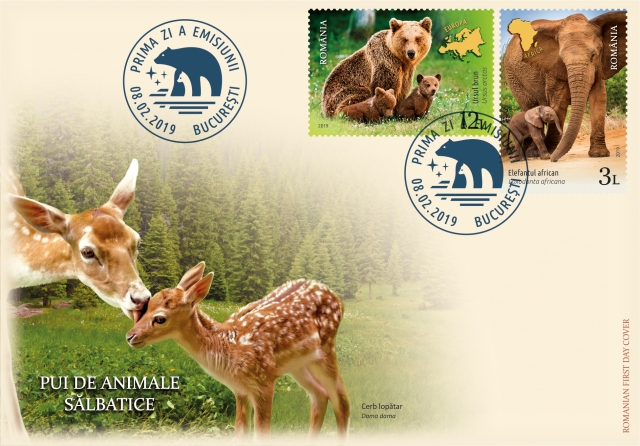 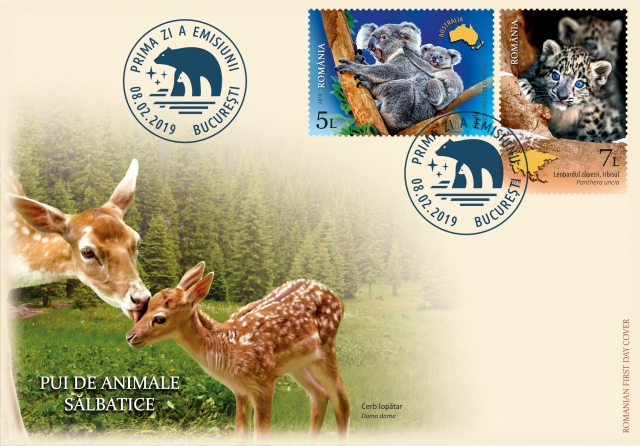 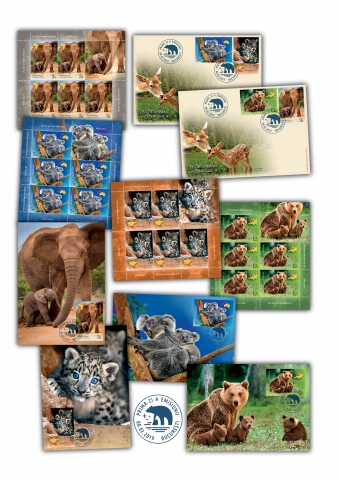 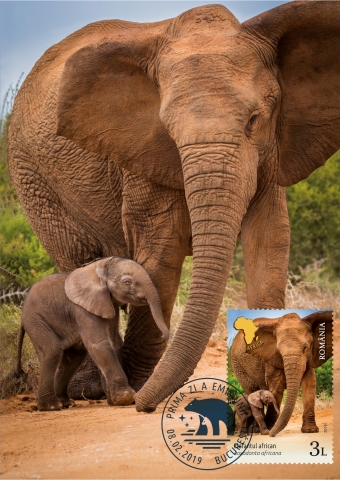 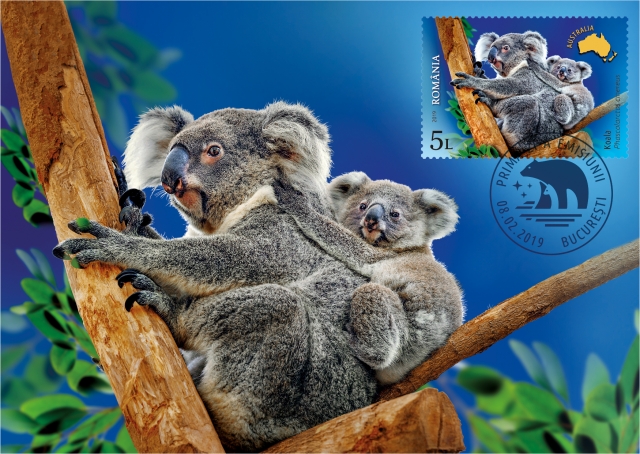 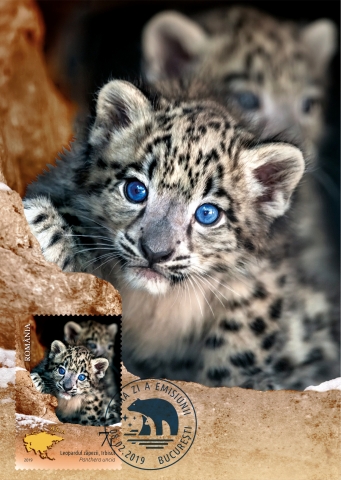 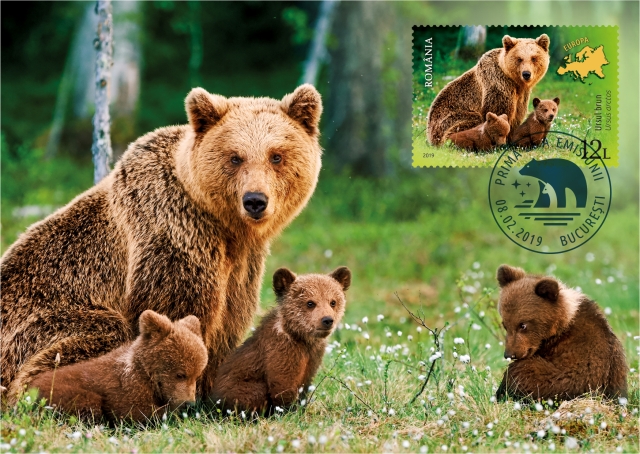 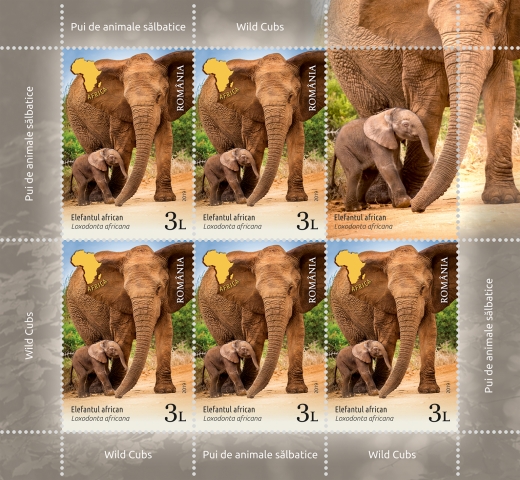 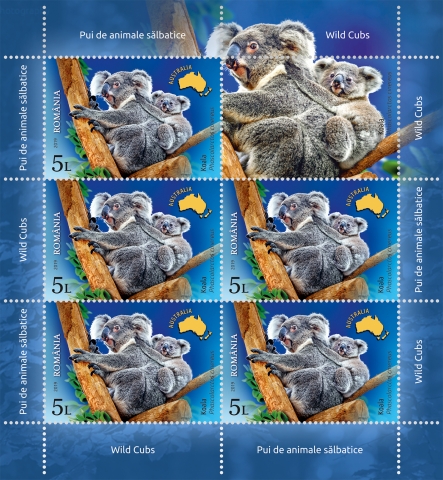 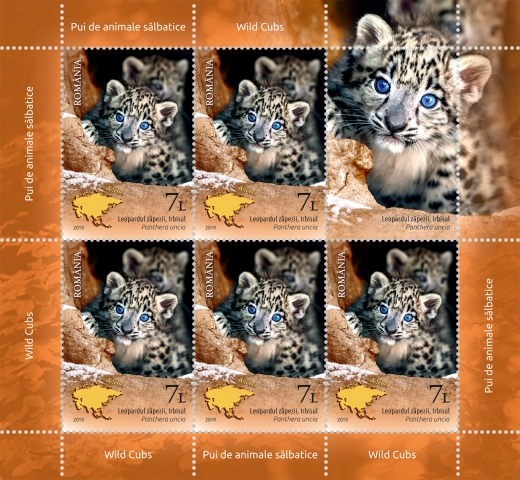 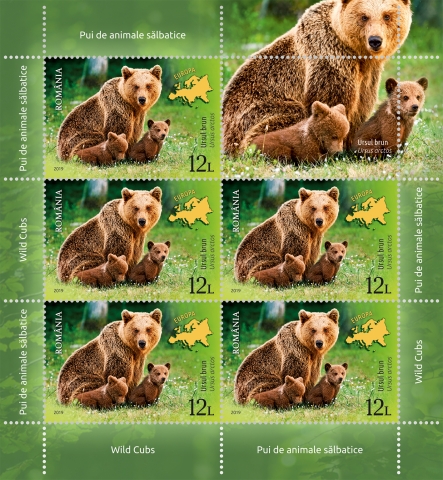 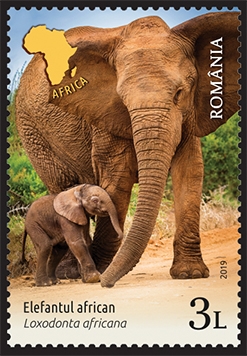 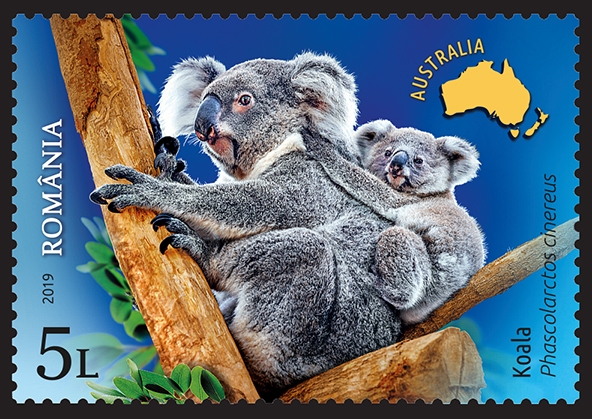 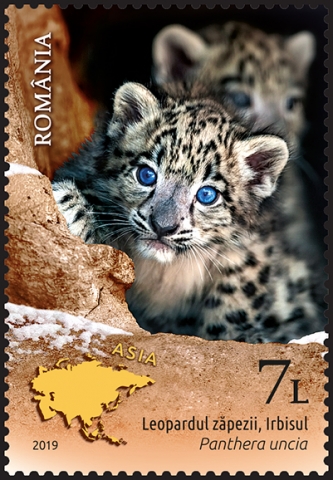 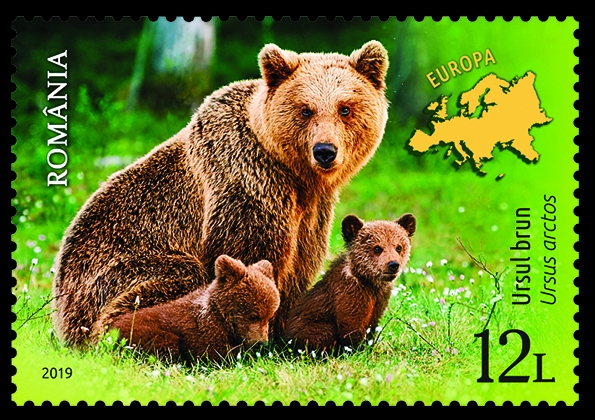