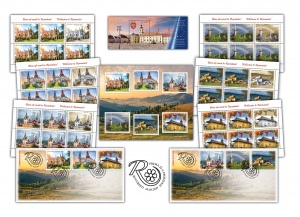 On the postage stamp with the face value of Lei 1.60 is illustrated the Sturdza Castle from Miclauseni, also known as the Sturdza Palace, built between 1880 and 1904 in the Gothic style by Gh. Sturdza and his wife Maria (born Ghica), on the site of an old manor house dating back to 1755. The exterior decorations of the castle feature details of the Sturdza family coat of arms, along with the emblem of the castellan George A. Sturdza, inspired by the icon of Saint George. The interior of the castle has ceilings and walls painted in tempera with floral and geometric patterns, under the coordination of the architect Julius Reinecke.

Romfilatelia thanks to the City Hall of SibiuRomanian Court of Accounts for the photographic support granted for the achievement of this postage stamps issue.

The postage stamp issue Welcome to Romania! will be available on Thursday, May 9th 2019, in Romfilatelia’s shops network in Bucharest, Bacau, Brasov, Cluj-Napoca, Iasi and Timisoara and online on https://romfilatelia.ro/store/. The postage stamp issue is completed by 2 “first day” covers, as page composition in sheet of 20 stamps, minisheet of 5 stamps + 1 label, block of 6 imperforated stamps and perforated souvenir. 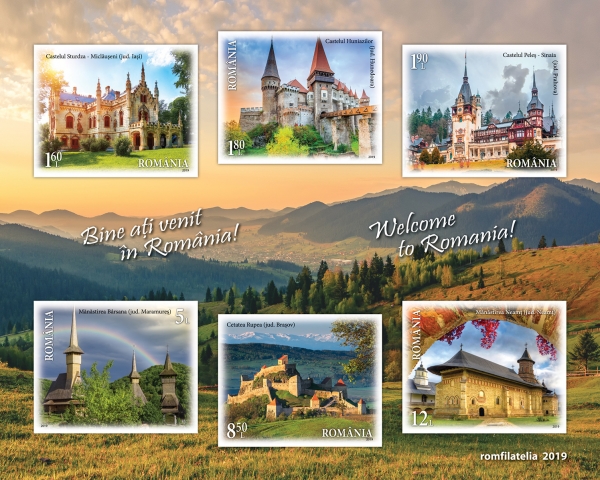 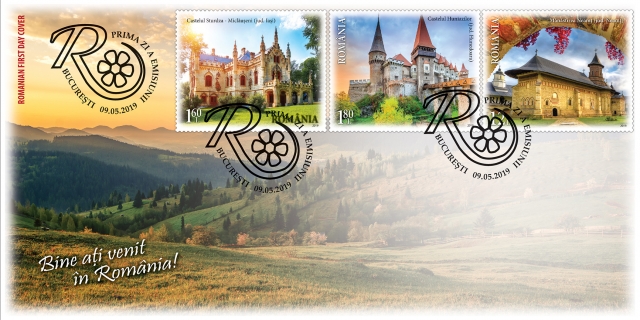 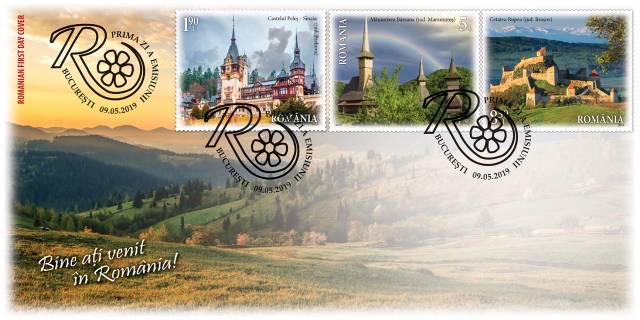 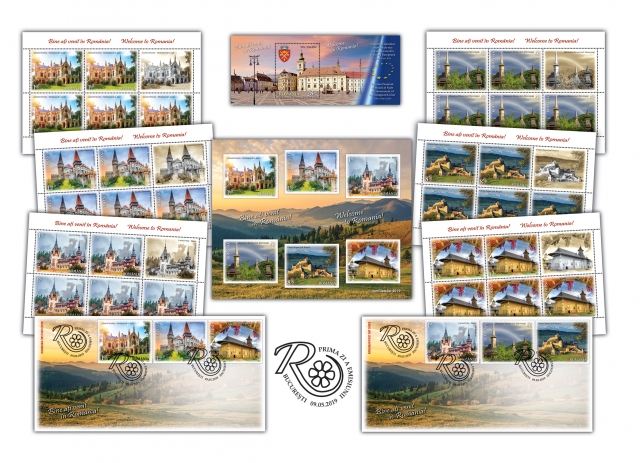 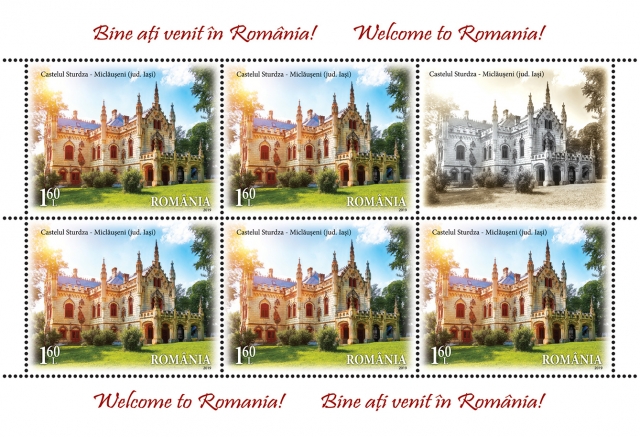 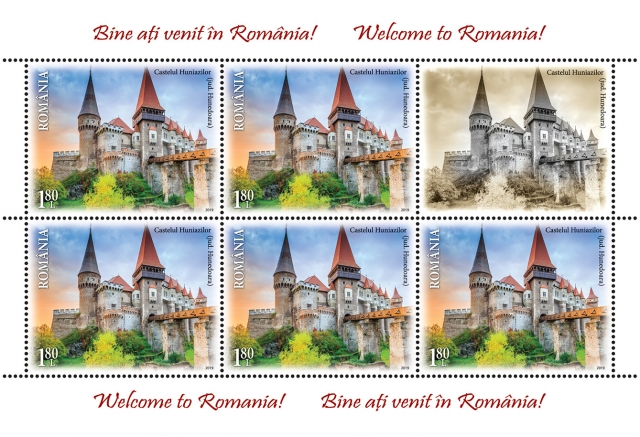 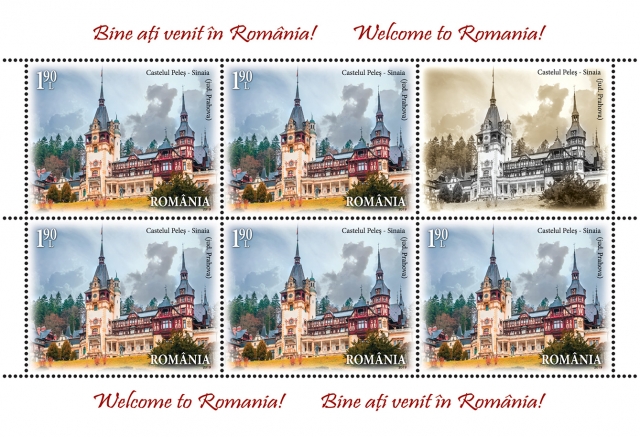 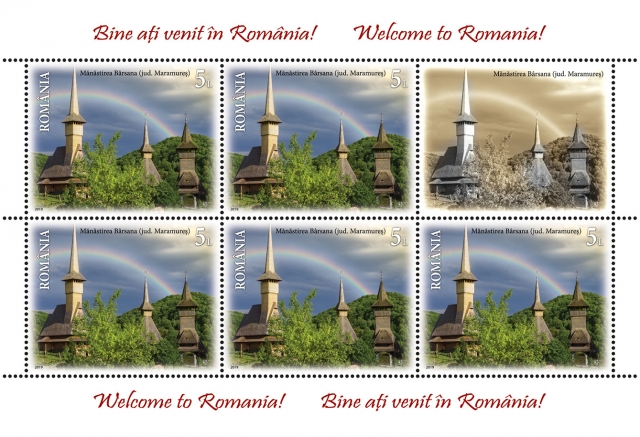 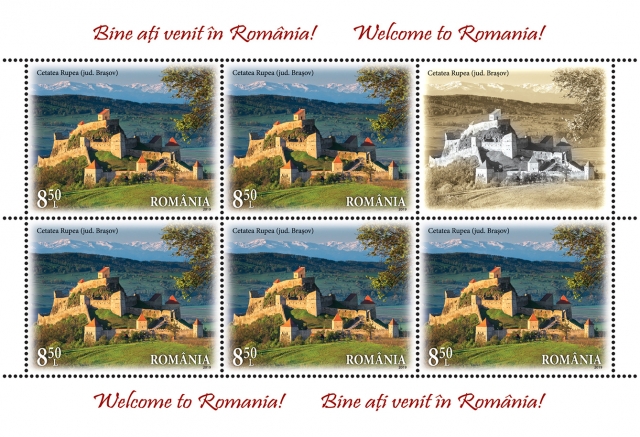 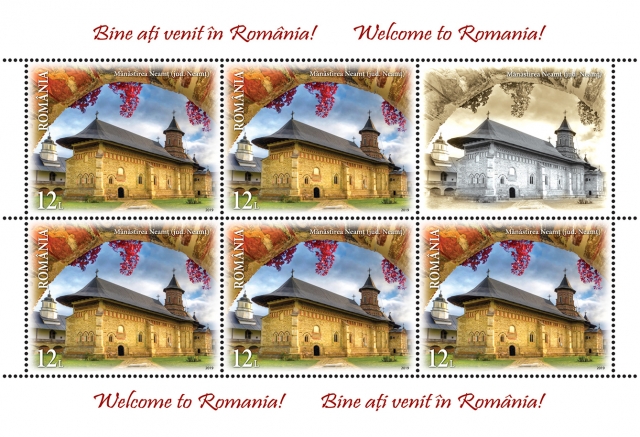 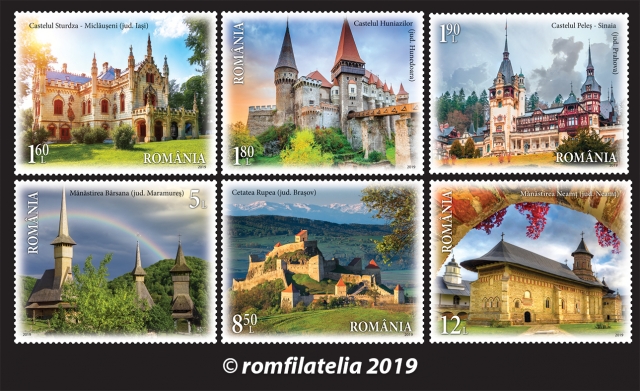