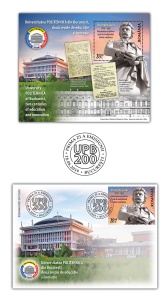 Romfilatelia meets the desires of science enthusiasts by introducing into circulation on Tuesday, June 18th, the postage stamps issue University POLITEHNICA of Bucharest, two centuries of education and innovation.

The issue contents a perforated souvenir sheet with a stamp that has a face value of Lei 28.50, illustrating the bust of the statue of Gheorghe Lazar, the founder of the first Romanian technical school. The statue of the great scholar is the work of Ion Georgescu, made in 1886. The graphic elements that complete the composition of the souvenir sheet have as their subject the facsimiles of some documents attesting the establishment and evolution of the school, which today became University POLITEHNICA of Bucharest, the architectural project of the first headquarters (architects André Lecomte du Noüy and Cassien Bernard), the modern central edifice of the current student centre complex (architect Octav Doicescu) and the institution’s logo.

The postage stamps issue University POLITEHNICA of Bucharest, two centuries of education and innovation will be available on Tuesday, June 18th 2019, in Romfilatelia’s shops network in Bucharest, Bacau, Brasov, Cluj-Napoca, Iasi and Timisoara and online on https://romfilatelia.ro/store/. The postage stamps issue is completed by 1 “first day” cover, and as page composition, in perforated souvenir sheet. 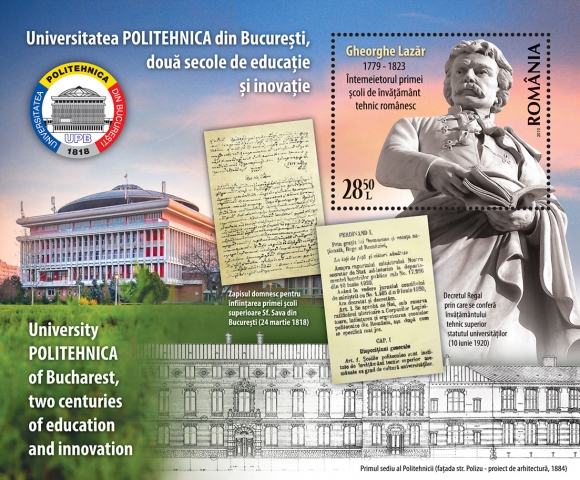 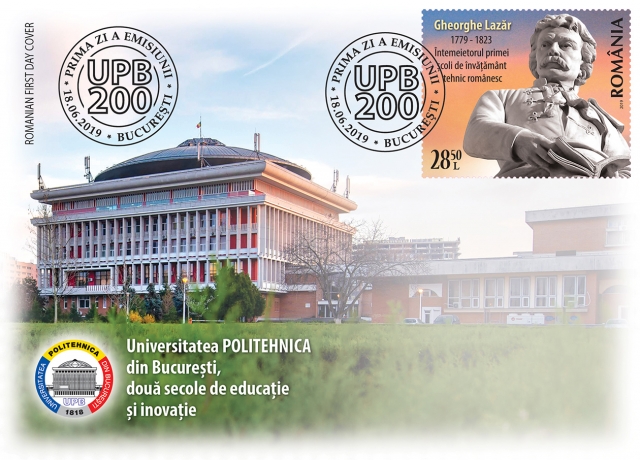 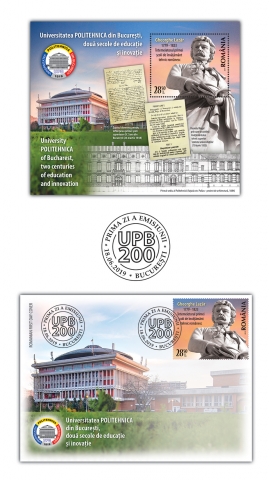