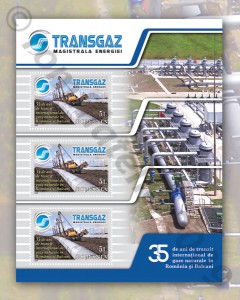 35 years ago, by the inter-Government agreement signed between Romania and Hungary, our country became the first natural gas exporting country in Europe.          35 years ago, by the inter-Government agreement signed between Romania and Hungary, our country became the first natural gas exporting country in Europe.
In this framework, continuing the series of projects for the promotion of the representative institutions and of the programmes for the capitalization of the natural resources in Romania, Romfilatelia introduces into circulation the postage stamp issue “TRANSGAZ – 35 Years of International Transit of Natural Gas in Romania and the Balkans”.
The history of the natural gas extraction and exploitation in our country begins in Transylvania, in Sarmasel.
The pipeline no. 2 in Sarmasel (Mures county) is considered to be the first natural gas pipeline on the current Romanian territory; upon its discovery, it was classified as the fourth pipeline in the world as regards the gas output.
Shortly after the discovery of natural gas, after the identification of the advantages which this new fuel offers, in 1913, the first natural gas production in the Transylvanian Basin began (113,000 cubic metres) in Sarmasel. This marked the beginning year of the natural gas consumption in Romania.
Gas was used on the construction sites for steam boilers. The pipeline no. 2 Sarmasel was connected, in 1914, to the first steel pipe for natural gas transmission in Europe (Sarmasel-Turda) supplying natural gas to the street lights in the city of Turda, thus representing another European première.
The increase of the natural gas consumption led to the exceeding of the local use; therefore, pipes with lengths higher than 100 km were built (Botorca – Bucharest – 295 km), thus passing from the regional use to the national level use.
The pipeline section (started in 1974) located in Dobrogea, a region in the South-East of Romaniahaving as entry point the locality of Isaccea and as exit point the locality of Negru Voda was designed and built under a Convention concluded between the Romanian and Bulgarian Governments in 1970.
In 1989 a new transit pipeline, around 190 km long, with a 1 200 mm diameter was put into operation and a third transit pipeline, with similar technical characteristics with the above-mentioned one was put into operation in 2002.
As a result of the commissioning thereof the total gas transit capacity to the Balkans on the Romanian territory increased to approximately 28 bcm/year.
In Romania, around 334,000 bcm of gas has been transited to the Balkans through the three pipelines during the 35 operating years (1974-2009).
In the evolution of the natural gas exploitation and transportation in Romania, 2000 represents the year when S.N.T.G.N. TRANSGAZ S.A. Medias is established.
As far as Romania is concerned, the international gas transit shall be ensured by S.N.T.G.N. TRANSGAZ S.A. participation in the Nabucco Project where the pipeline route shall cross the following countries: Turkey, Bulgaria, Romania, Hungary and Austria. Under this project, a gas amount of 31 bcm/year shall be carried from the Middle East and the Caspian region to Central and Western Europe.
The international gas transit across Romania gives TRANSGAZ the opportunity to develop fruitful co-operation relationships with other top companies involved in this activity.

For the documentary consulting granted at the carrying out of this issue we bring thanks to S.N.T.G.N. TRANSGAZ S.A. 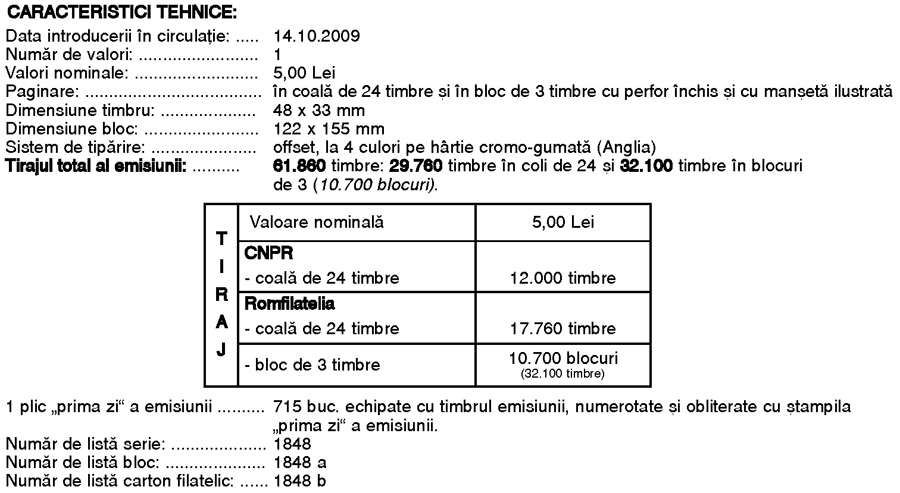