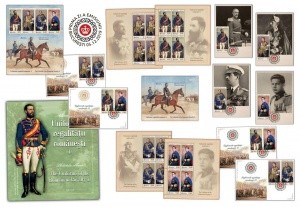 As a sign of recognition of the importance of the Romanian Royal family for the history of Romania, both from political and military point of view, Romfilatelia dedicates “The Uniforms of the Romanian Royalty (I)” postage stamps issue, which will be introduced into circulation on December 5th, being composed of 4 stamps and a perforated souvenir sheet, bringing together all the kings of Romania.  Promoter and ambassador of the country, the stamp is more than a product, it represents image, tradition, history, cultural identity, and the journeys through this symbol offer fascinating stories about the past, present and why not, about future.

The most recent postage stamps issue presents an impressive part of the national history – respectively that of the Royalty in Romania and the way the military tradition has interwoven with the monarchy. Since its establishment in Romania in 1881, the monarchy has been characterized by the presence of five symbols of the Romanian Royalty (or the regalia of Romania): the Royal crown, the scepter, the Royal mantle, the Royal flag and the Royal cypher. However, if there was a specific element to all the representations of the portraits of the Kings of Romania, that was the presence of the Royal uniform, worn with dignity by Carol I, Ferdinand I “the Unifier”, Carol II, and Mihai I.

On the stamp with the face value of Lei 3.10, King Carol I (1839 – 1914) is illustrated, the Ruler of the Romanian Principalities (1866) and the First King of Romania (1881), member and honorary president of the Romanian Academy. The reign of King Carol I was the longest in the country’s history. Prince Carol I preferred to appear en petite tenue uniform in almost all circumstances, except for special events, when the protocol required being en grande tenue uniform.

King Ferdinand I (1865 – 1927) is represented on the stamp with the face value of Lei 7. The King also known as Ferdinand I the Unifier, King of Greater Romania (“from the Dniester to the Tisza”), as well as a member and honorary president of the Romanian Academy. During his reign, the unitary Romanian national State was consolidated and fundamental measures were adopted for the development of the country, such as the universal vote and the agrarian reform.  King Ferdinand I wore the Royal uniform even at private meetings. After the war, the King adopted a “civilian” outfit at court meetings, at official ceremonies opting for the military outfit.

On the stamp with the face value of Lei 8.50 is depicted King Carol II (1893 – 1953), the King of Romania and honorary member of the Romanian Academy.  Although he relinquished his prerogatives as heir to the Crown several times, and his reign did not lack controversy, during his rule Romania experienced the greatest economic advance of the interwar period.

The postage stamps issue is complemented by a perforated souvenir sheet, as a homage to the 180 year anniversary since the birth of King Carol I, the stamp depicting him in a painting riding in a military uniform, with a face value of 28.50 Lei.

The philatelic album is created into a limited run printing of 519 pieces and is equipped with the special block (the imperforated souvenir sheet and the 4 imperforated postage stamps of the issue), and the set of two First Day Covers with the postmark cleary imprinted gold foliling. Both products are numbered, from 001 to 519.

The postage stamps issue “The Uniforms of the Romanian Royalty (I)” will be available on Thursday, December 5th  2019, in Romfilatelia’s shops network in Bucharest, Bacau, Brasov, Cluj-Napoca, Iasi and Timisoara and online on https://romfilatelia.ro/store/. 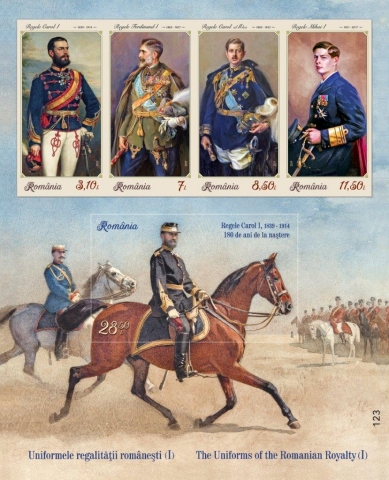 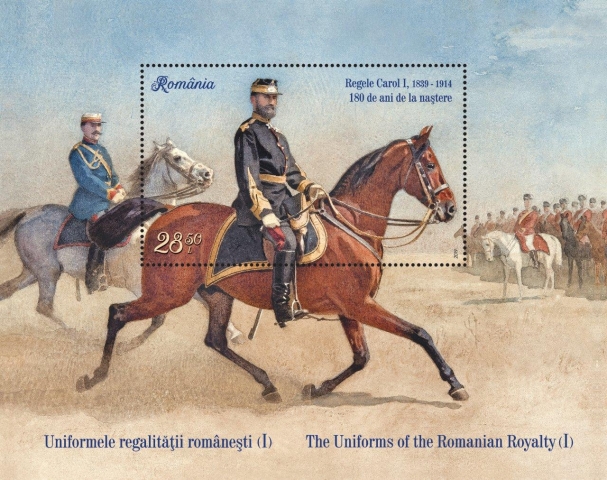 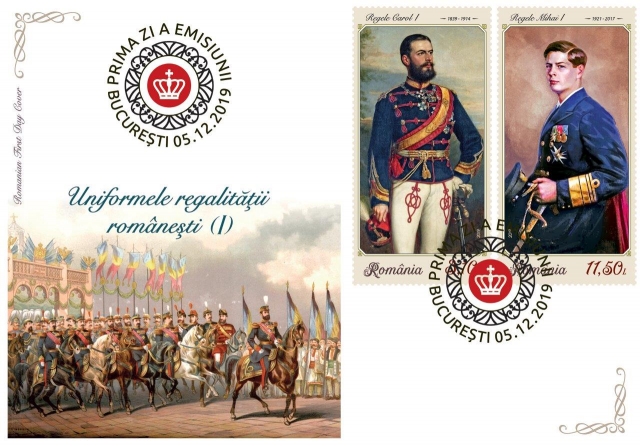 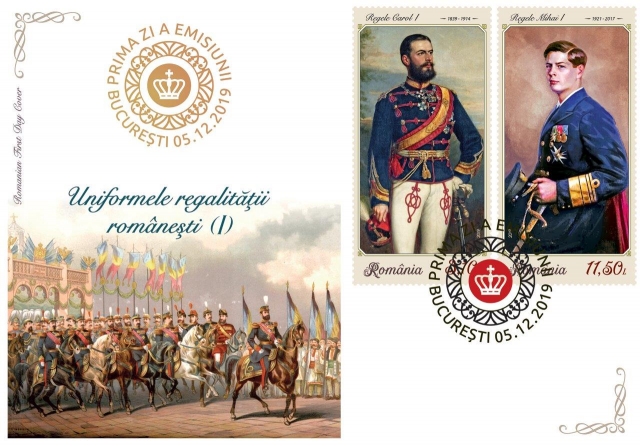 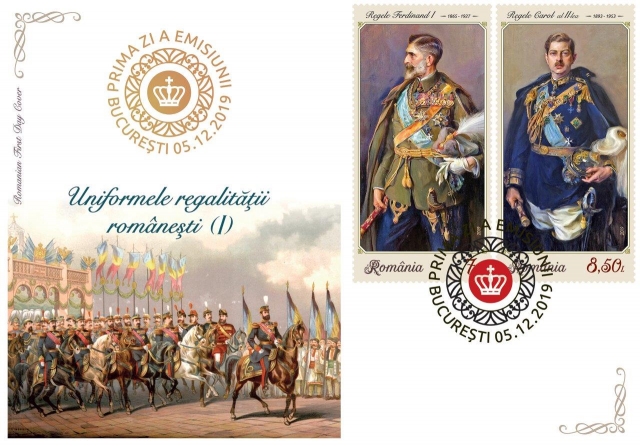 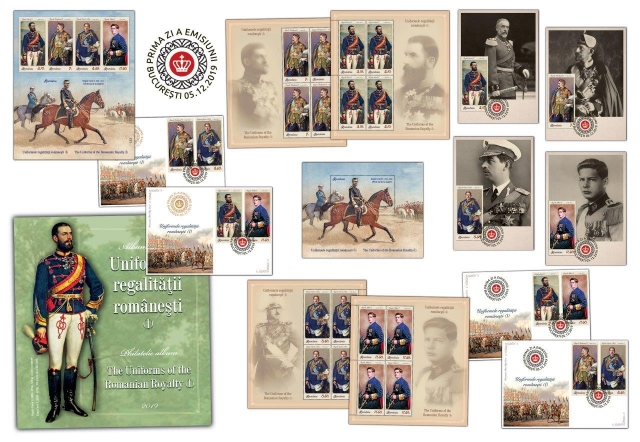 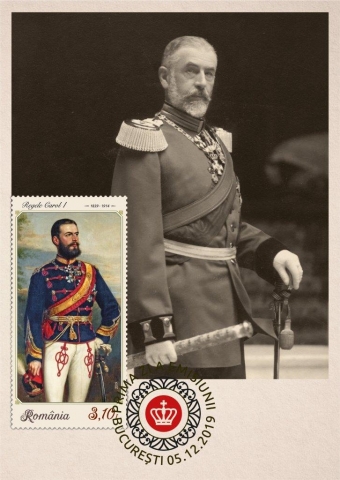 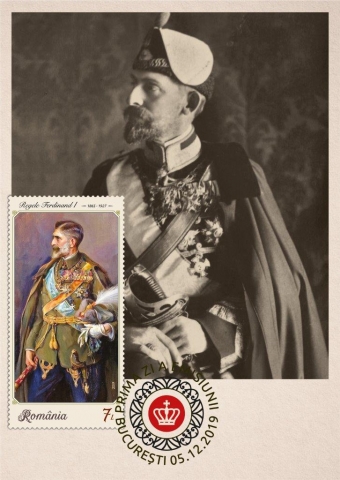 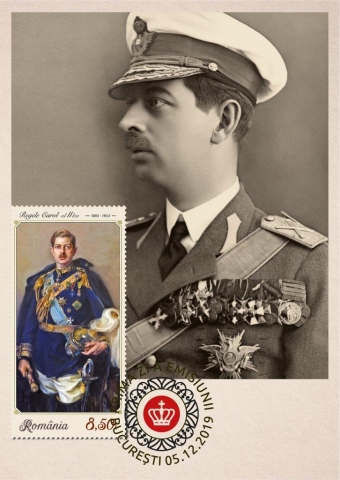 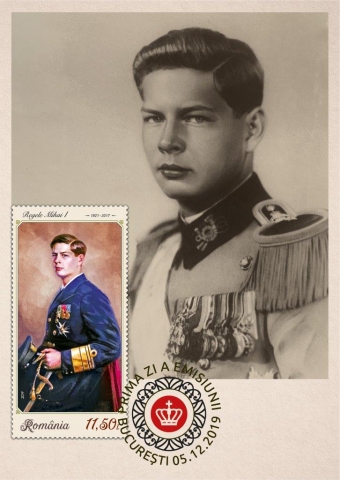 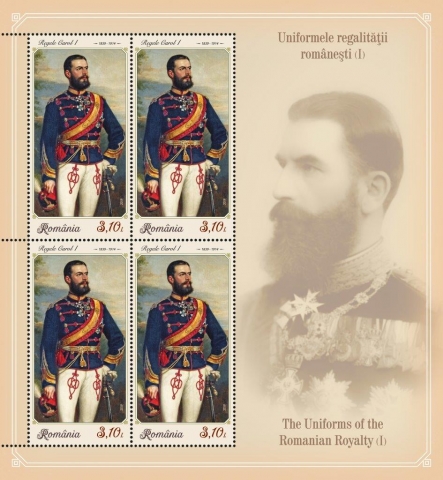 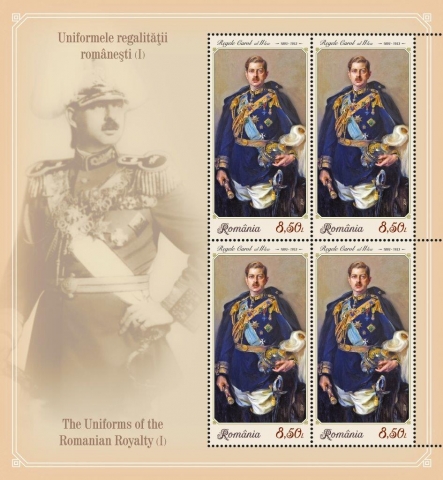 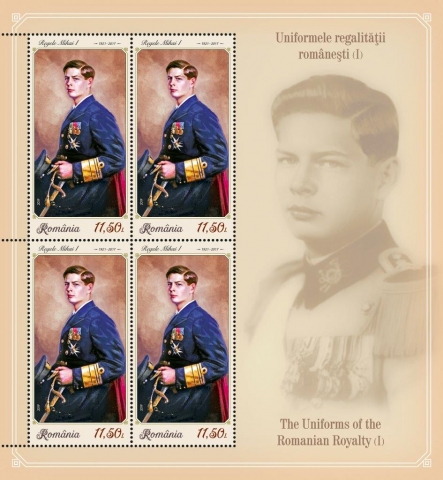 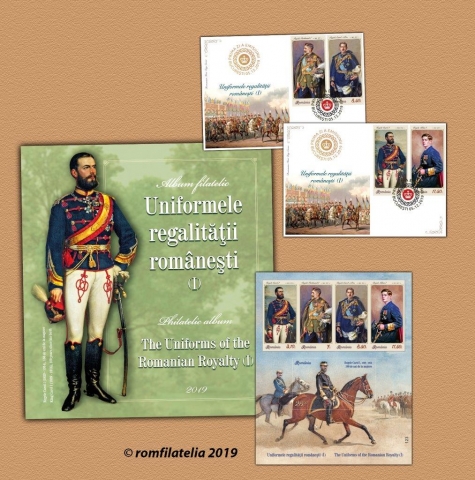 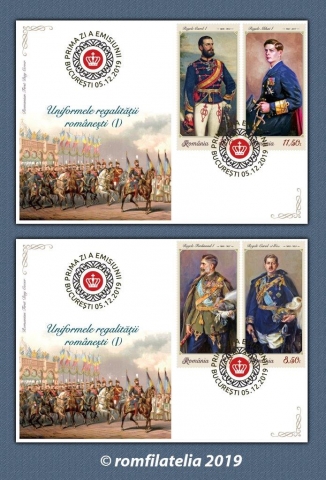 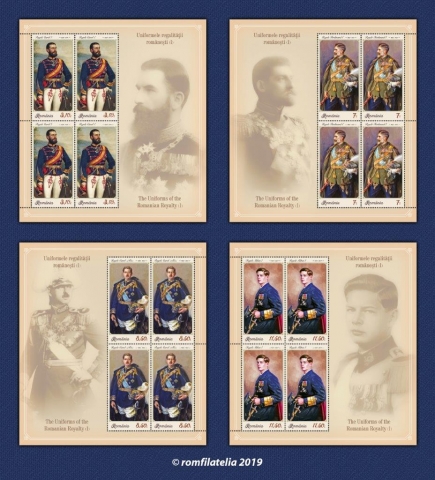 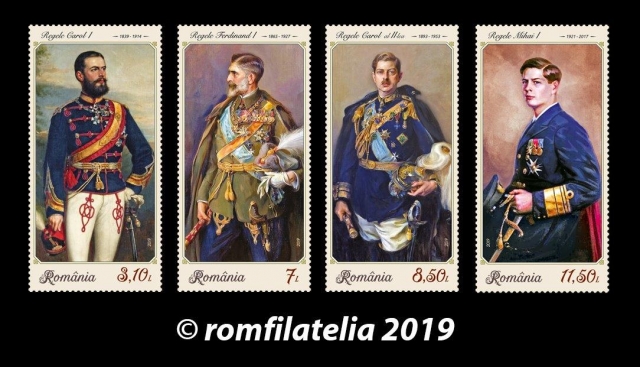 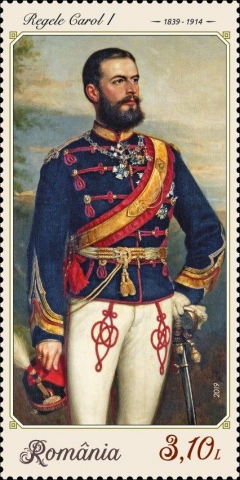 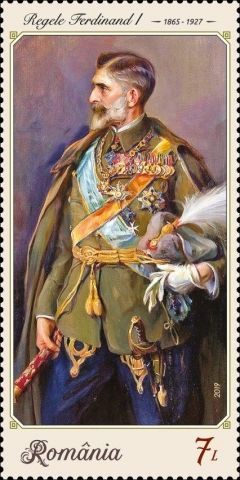 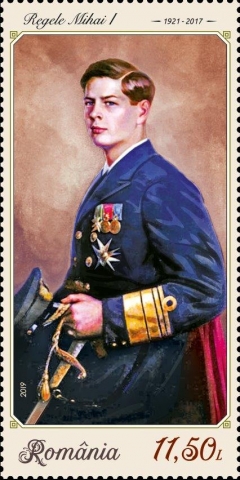