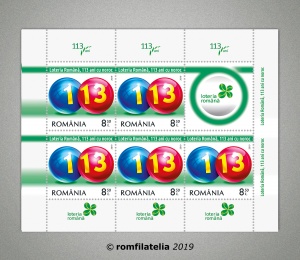 In the year of its inception, 40 years of reign of King Carol I had passed, 25 years since the proclamation of the kingdom and 1800 years since the conquest of Dacia by the Romans. In order to mark these three anniversaries, the Government decided to organize the General Romanian Exhibition. The funds allotted for the project from the state budget were much under the level of the estimated costs. Following the model of other countries, in order to obtain the necessary funds, the foundation of an exhibition lottery was proposed (“Romanian Exhibition Lottery”). The sale of the lottery tickets to the public happened during the spring-summer of 1906. The lottery ticket of Lei 20 entitled the holder to ten visits to the exhibition and to the shows organized in the Carol I Park, but also to a discount for the train travel across the country.

The lottery witnessed a great success, due to the fact that the main gain was the sum of Lei 50.000. This way, the first step towards the foundation of a national lottery had been made. The birth certificate of the Romanian National Lottery, “The law on establishing a health care fund for villagers” is related to the name of King Carol I of Romania who promulgated this law on the 29th of May 1906 and also to the name of other important figures of that epoch, such as Prof. Surgeon Thoma Ionescu who had inspired this initiative and Gheorghe Grigore Cantacuzino, President of the Council of Ministers and Minister of Internal Affairs. As a result of this fact, in the Official Gazette of July 12th, 1906 the Articles of Incorporation of the Company of the Romanian State Lottery were published together with the by-laws.

Currently, 2% of the company’s revenue goes to the National Cultural Fund and the most part of the net profit is directed, through the Ministry of Public Finance, to the state budget, in the form of dividends. Thus, significant amounts of money are indirectly returning to the benefit of the citizens, as in the case of all national lotteries in Europe.

Sports is one of the fields that the Romanian Lottery is interested in and, therefore, has constantly received the support of the institution in various forms, whether we are talking about performance sports or mass sports.