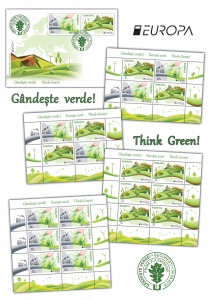 Protecting the environment is one of the most burning issues of nowadays, a topic on the agenda of numerous world organizations and institutions, whose solution implies a worlwide collective effort.

Preserving the environment is imperative for a proper human life on Earth and the actions that prevent and eliminate clear signs of the planet’s diseases (ozone depletion, global warming, acid rain, pollution of soil, water and air, etc.) are absolutely indispensable.

The obligation to achieve these goals is not individual, but rather collective, as both man and local, county, national and international authorities and institutions must realize the need and importance of adopting a responsible attitude towards the environment. The accelerated pace of the Earth’s degradation requires practical measures, not theoretical ones, and a large-scale promotion of this topic means more steps in the right direction.

Think Green! is the slogan advocating such action to protect nature and comes as an initiative of PostEurop, the body that represents European public postal operators. In the context of the 60th anniversary since the first EUROPA stamp issues, PostEurop organized an international design competition on the theme Think Green!, this being also the topic of the Europa 2016 issue.

Member countries, including Romania, reproduce the winning design, which belongs to a Cypriot artist, and optionally add their own creation, in keeping with the theme and style imposed. Thus, Romfilatelia issues two stamps Europa 2016, Think Green!, which can be purchased starting with Wednesday, May 4th, 2016, in Romfilatelia’s stores in Bucharest, Bacau, Brasov, Cluj-Napoca, Iasi and Timisoara.

The drawing proposed to all European countries as a joint design is shown on the stamp with the face value of lei 12, while the second stamp, having a face value of lei 5, is created by a Romanian artist, being an extension of the initial landscape, but this time with Romanian characteristics. The elements on the stamp proposed by Cyprus are also found in the Romanian landscape, harmoniously completing the series. The windmills, trees in the same graphical style, the cyclist and homes are also preserved in the second stamp, but with a Romanian touch, such as the houses which appear here as “cule” from Oltenia.

If the landscape within the winning design lets you the impression of an urban settlement, the one of the national stamp is identified as a genuine Romanian landscape, idea also emphasized by the presence of the stylized Sphinx, as an image of the symbiosis between nature and man, but also by the representation of the authentic leaf carpet from Oltenia, which is a well-known Romanian folk motif.

Both postage stamps successfully represent the chosen theme and suggest the concept of preserving the environment through the graphic image and the colour used, green standing for nature, life and health. The “first day” postmark clearly imprinted in green foiling and depicting a tree, again a symbol of life, of the connection between earth and sky, supports and pleasantly complements the topic of the philatelic project.

The two stamps of the issue Europa 2016, Think Green! are completed by a first day cover, and as page composition were used the sheet of 32 stamps, the minisheet of 6 stamps and the block of
4 stamps (2 models).

Romfilatelia invites the public to adopt the slogan “Think Green!”, any contribution and interest shown to the environment and its protection materializing into positive results and changes for the better.

A stamp ennobles the communication by itself; it shares emotions, compresses distances and creates connections; it gathers on its miniature surface “huge” stories about human and material values,
including them successfully within the Romanian heritage; A stamp is transformed in time, redefining its role according to the society’s current facts: from an advocate of noble causes and a friend of influential Romanian personalities to a leading messenger of the most important events, or simply, a genuine ambassador of our country and the Romanian people. Do not forget to search for and discover the excitement of a world gathered on the Romanian stamps! 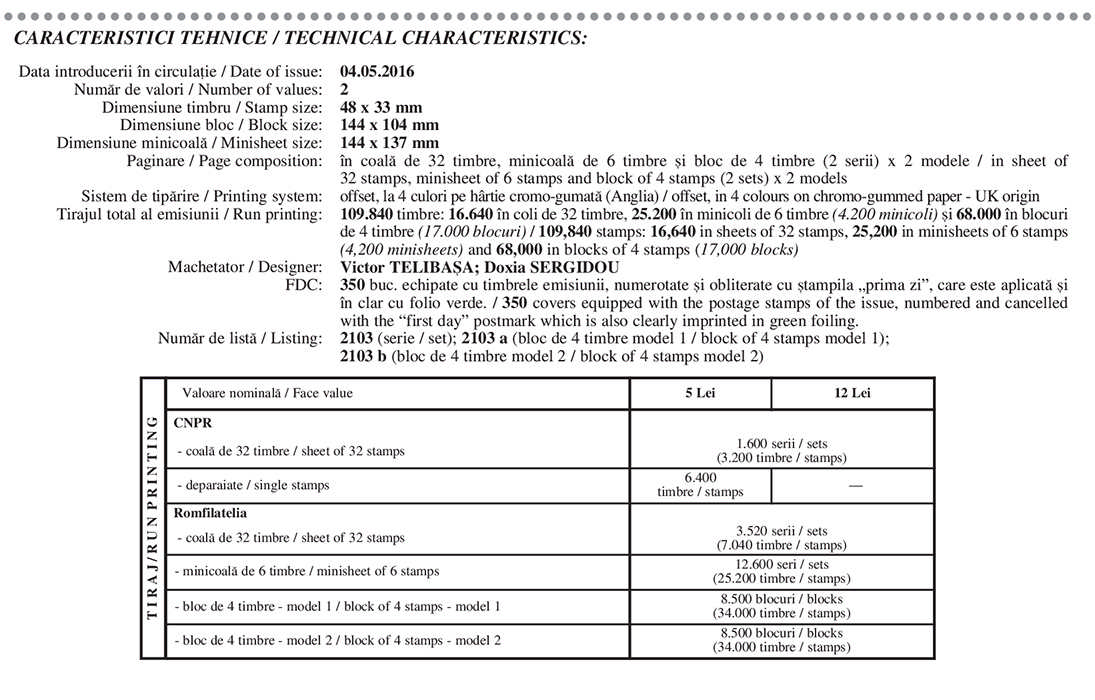