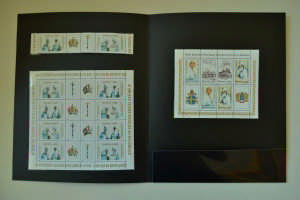 April 2nd, 2005 is a day that will remain in the hearts of Christians around the world as the emergence of a new Saint – John Paul II. It was the day when a great visionary passed away, who has always believed in a united Europe, not only politically and economically, but especially religiously.

Pope John Paul II was the first Pope to make the decisive step towards approaching the Catholic Church and the Orthodox Church, Romania being the first orthodox country that was visited by a Sovereign Pontiff.

The visit of Pope John Paul II in Bucharest, in May 1999, was the most significant testimony for Christian unity of Patriarch Teoctist, the Patriarch of the Romanian Orthodox Church at that time.

Known for its modesty and kindness, His Beatitude Patriarch Teoctist has also left behind, after passing into eternity, a life model for all true Christians.

We recall now that the Romanian postage stamp honored outstanding universal and national personalities who have marked the history, ages and places with their work, life and their teachings. 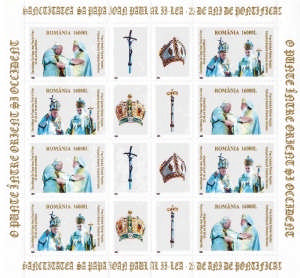 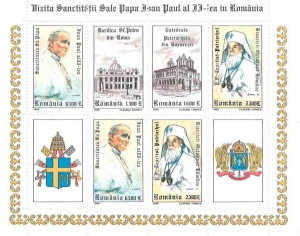