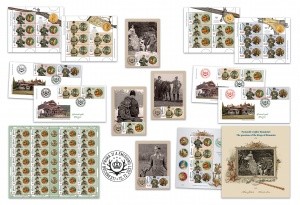 Romfilatelia introduces into circulation on Wednesday, December 15, 2021, the postage stamps issue The Passions of the kings of Romania (II), which explores the interests of Romanian monarchs beyond their official occupations, involvement in state affairs, approaching an exciting topic – Hunting.

The postage stamps issue consists of four postage stamps, two First Day Covers and a set of four maxicards, for the maximaphily enthusiasts and is completed by a special philatelic block of four imperforated stamps with perforated labels and a set of two First Day Covers, having the First Day postmark clearly imprinted in foiling, both products being numbered and inserted in a philatelic album created in an elegant graphic concept.

The passion for hunting has existed among the representatives of all royal families of Europe. In Romania, we find, of course, this passion, well supported by the richness of the fauna that is the object of hunting.

The royal hunts took place with the participation of foreign guests, members of the royal houses of Europe, and the invitation to hunt was considered a sign of high esteem from the king. Along with them, the members of the representative families of the Romanian aristocracy also participated in the organized hunting expeditions.

Carol II and his son Michael had the most attendances at royal hunts. The king was not only passionate about hunting but also about hunting weapons.

King Michael I began hunting at the age of 11. An episode remembered in the memory of the participants in a partridge hunt in Sinaia-Livada (Timis) is the one of September 1936, when the king’s son, “Mihaita” set the Romanian record since then, with 89 partridges hunted in one day.

With a fine sense of humour, King Michael I confesses to the author of the book An Interrupted Reign (Philippe Viguié Desplaces): “My father greatly encouraged my passion for hunting. Until the moment I ended up shooting almost as well as he did, maybe even better… What he liked less”.

It should be noted that King Carol II and Michael also participated in hunting events organized outside the borders of the country, in Czechoslovakia, France and Germany.

In forced exile, King Michael I was invited to several hunting events as a guest of the Queen of England or the royal family of Denmark.

The stamps of the issue with the face values of Lei 3, Lei 6.50, Lei 10 and Lei 10.50, reproduce the portraits of the kings of Romania Carol I, Ferdinand I, Carol II and Michael I in appropriate attire to the hunting grounds next to symbolic scenes of the royal hunts found in the stained-glass suite of Peles Castle. It should be noted that King Michael I is represented as a child-hunter.

The postage stamps issue The Passions of the kings of Romania (II) will be available on Wednesday, 15th of December 2021, in Romfilatelia’s shops network in Bucharest, Bacau, Brasov, Cluj-Napoca, Iasi and Timisoara and online on https://romfilatelia.ro/store/. 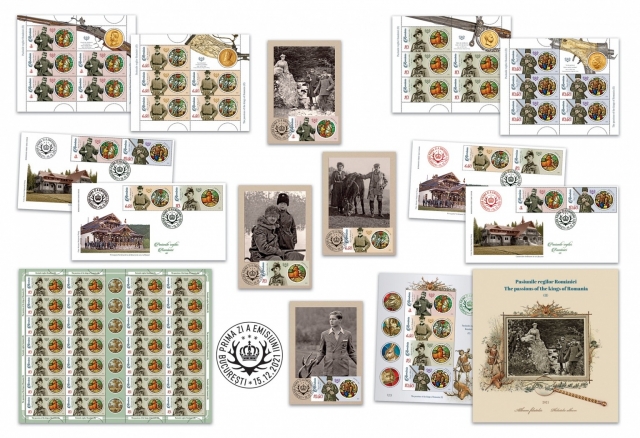 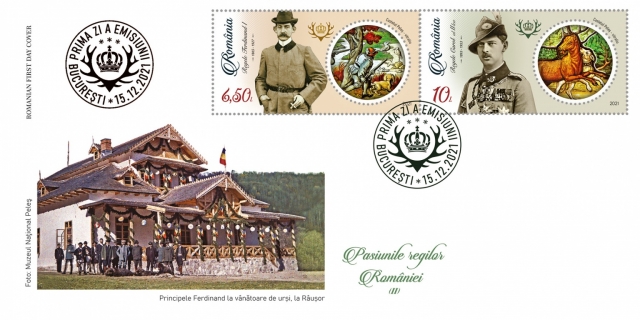 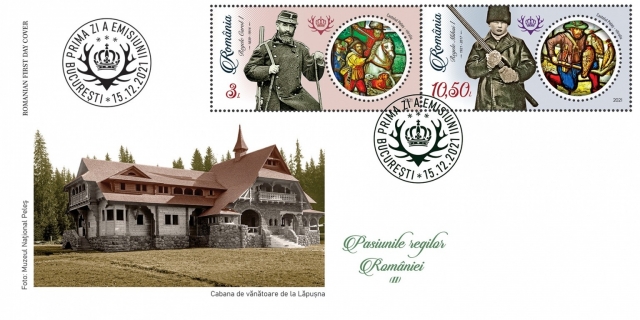 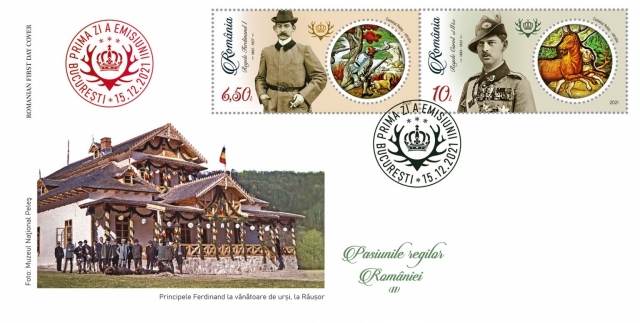 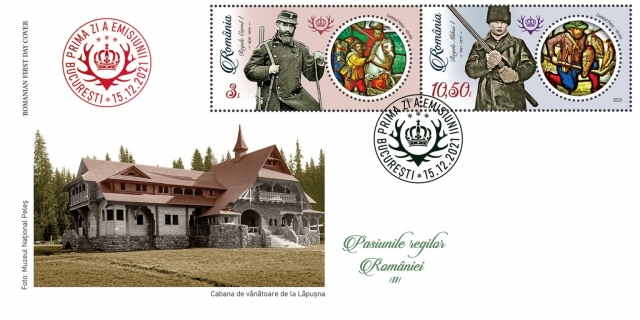 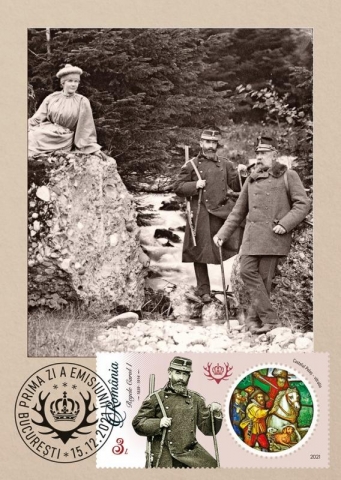 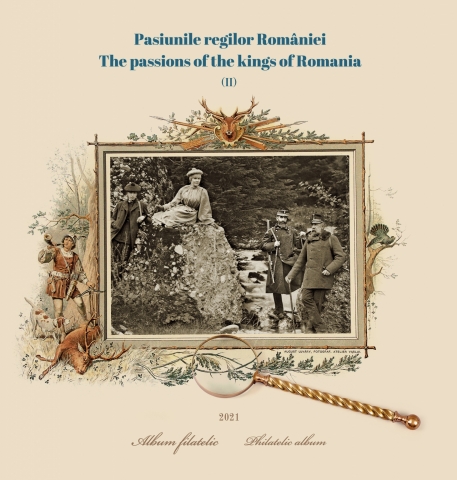 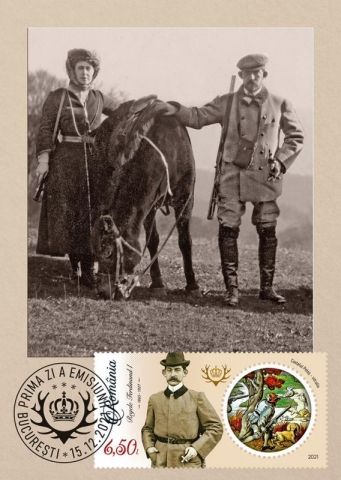 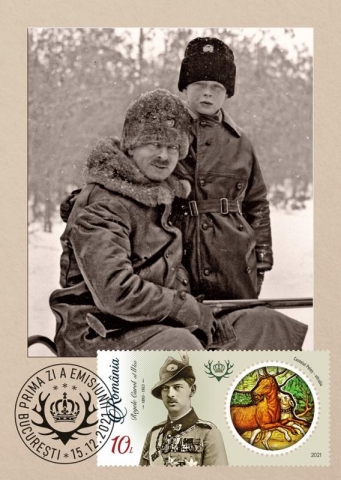 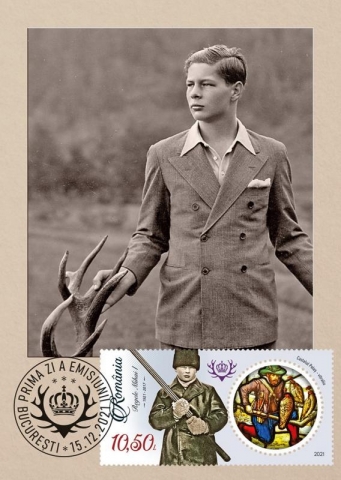 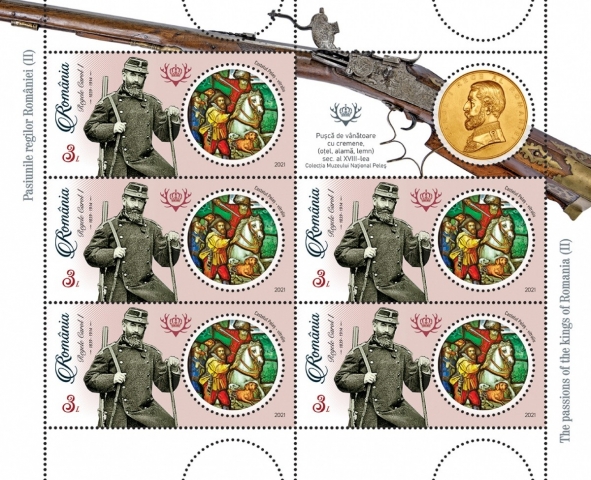 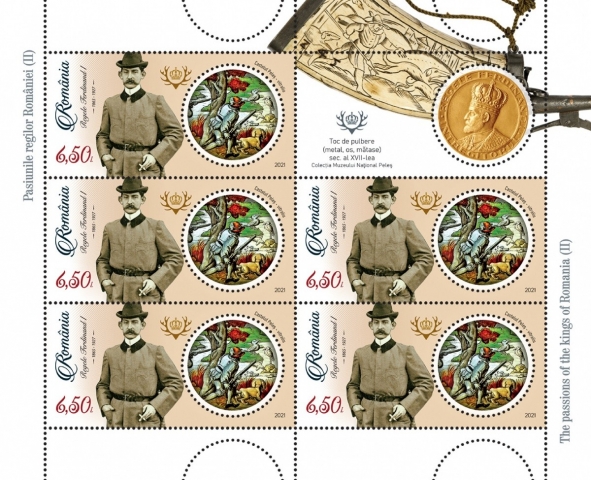 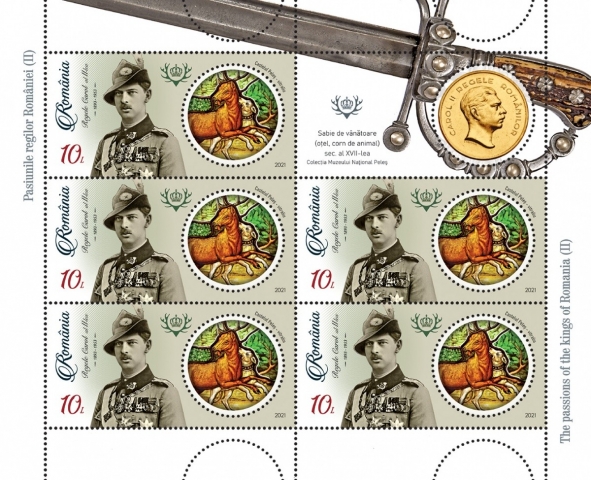 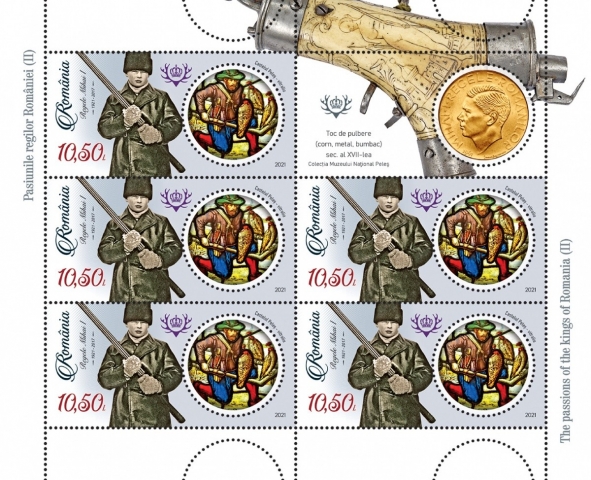 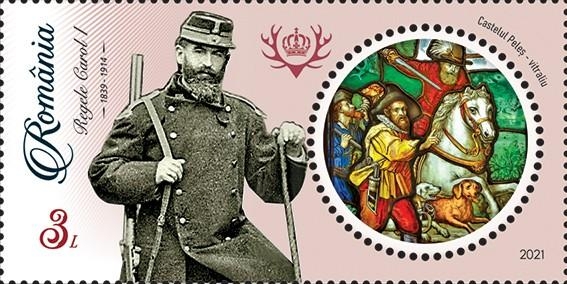 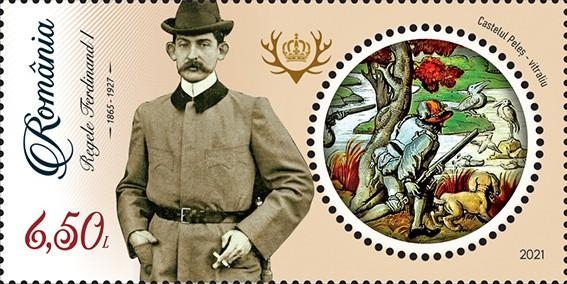 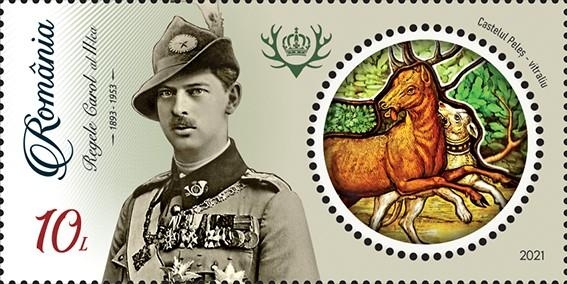 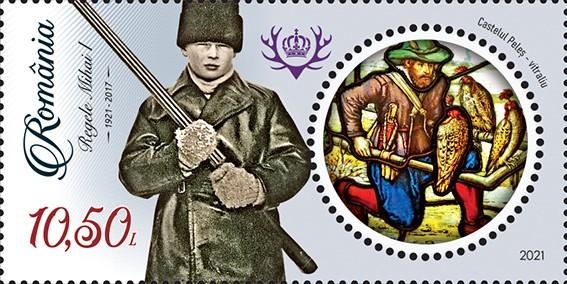 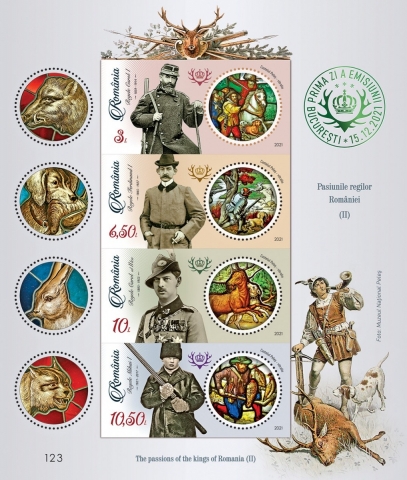