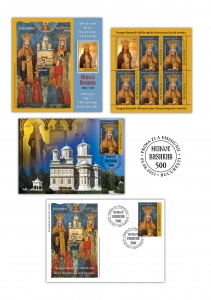 Neagoe Basarab (1482-1521) seems to have been born as a result of the relationship of his mother, Neaga, with Basarab IV the Young, also known as Tepelus. Following his mother’s marriage to Parvu Craiovescu, he was adopted by the latter and, consequently, received a special education, being proficient in Greek, Slavonic and Latin.

From a very young age, he came to occupy important positions at the royal court – mare postelnic (Grand Chamberlain), mare comis (Grand Equerry). During the reign of Mihnea Voda (cel Rau), he led the army of the rebels who removed the ruler from the throne (1510). The successor to the throne, Vlad the Young or Vladut (1510-1512), was then also defeated by Neagoe’s troops and beheaded (1512).

The throne of the country, for the next ten years, was to be occupied by Neagoe who, in order to legitimize himself, took the name Basarab, a name to which he would have been entitled by birth.

The reign of Neagoe Basarab (1512-1521) was one of medium duration, but with spectacular effects. He built several churches, but the most important remains the one in Curtea de Arges. It is a masterpiece, on the basis of which the famous ballad of the Master Manole was born, in which Neagoe becomes Negru Voda, the founder dissatisfied with the delay of the work. It seems that the voivode was proud of his foundation, because he wanted to be buried there.

In addition to the beautiful monastery he founded, we must add a written work: The Teachings of Neagoe Basarab to His Son Theodosius. Written in Slavonic, the liturgical language of the time and, at the same time, the language of the chancellery, of official documents, the Teachings remain an important witness of a time and a way of understanding the world at the level of the one called to lead the inhabitants of a territory. Almost synchronously, a work by Niccolò Machiavelli, dedicated to the same subject, appeared in the West – The Prince. Like the famous Italian, Neagoe sought to establish the place and mission of the one called to rule with the help of the authority of the throne.

The postage stamps issue consists of a stamp and a perforated souvenir sheet.

On the stamp with the face value of Lei 9 is reproduced the portrait of Neagoe Basarab, as it appears on the votive painting in the church of Curtea de Arges Monastery, executed in the 16th century by Dobromir. On the occasion of the restoration works undertaken in the 19th century, the painting was detached from the church wall and, after a journey through several museums, arrived at the National Museum of Romanian History, where it was subjected to a meticulous restoration process, in 2008 and 2009.

On the stamp of the perforated souvenir sheet, with the face value of Lei 31.50, is illustrated an icon representing Saint Voivode Neagoe Basarab, canonized in 2009, and in the graphic composition of the souvenir sheet of the issue is found the reproduction of the votive painting in the church of Curtea de Arges Monastery, beside the ruler being depicted Lady Despina Milita and their six children (the third from left is his son Theodosius).

Romfilatelia thanks the Archdiocese of Arges and Muscel, the National Museum of Romanian History and Mr. Silviu Angelescu for their support in the development of this postage stamps issue.

The postage stamps issue “Neagoe Basarab, 500 years since the passing into eternity” will be available on Thursday, 5th August 2021, in Romfilatelia’s shops network in Bucharest, Bacau, Brasov, Cluj-Napoca, Iasi and Timisoara and online on https://romfilatelia.ro/store/. 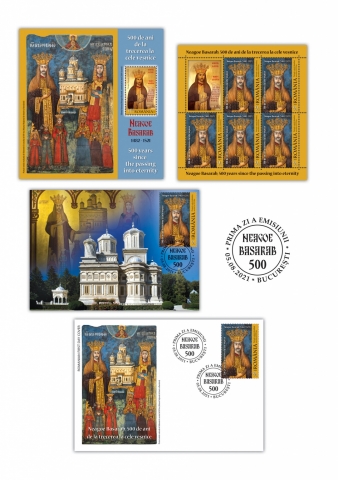 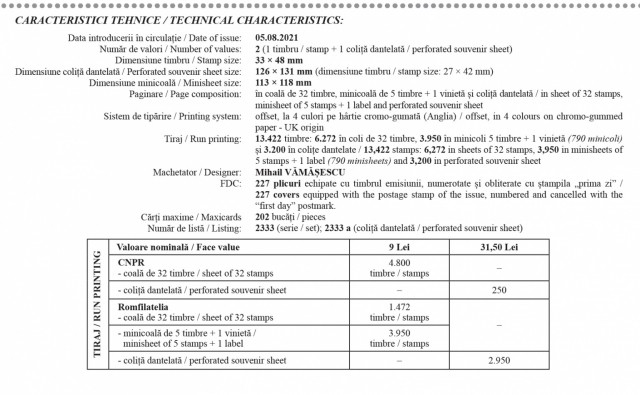 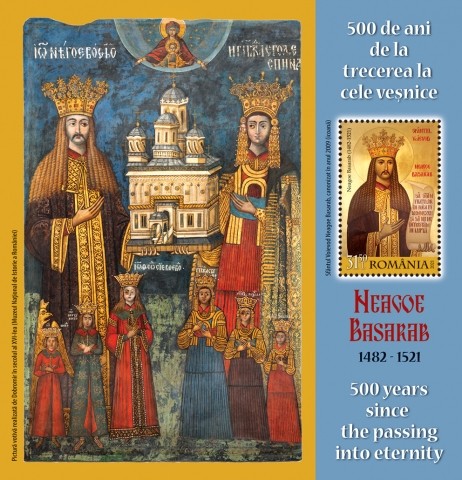 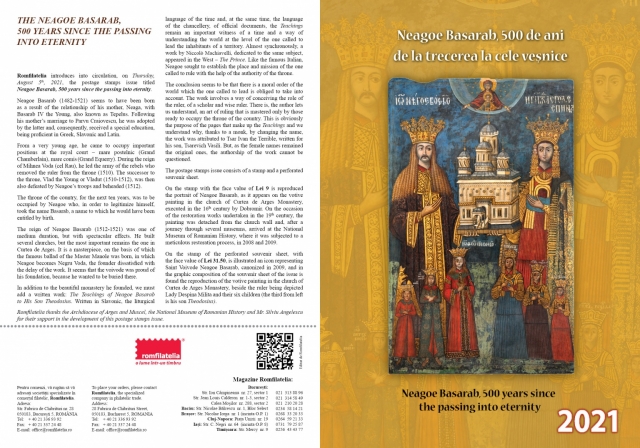 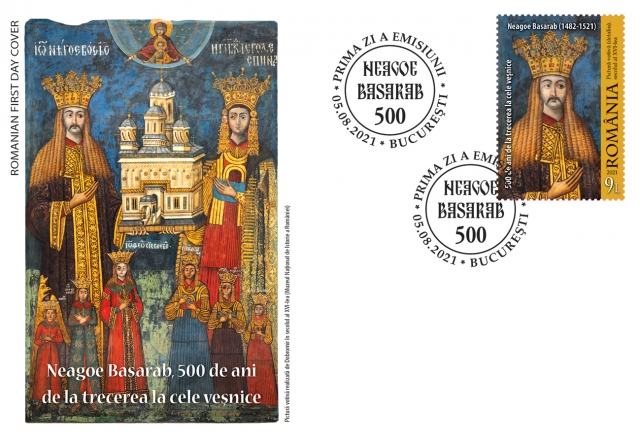 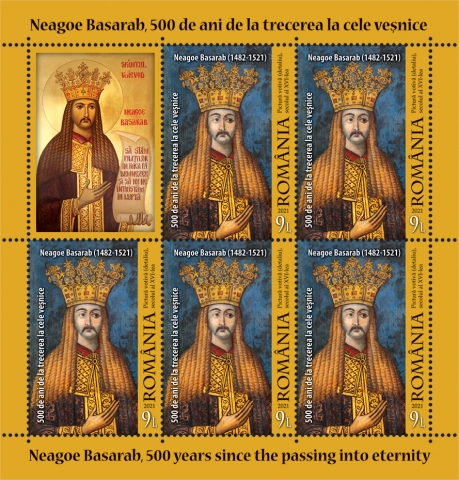 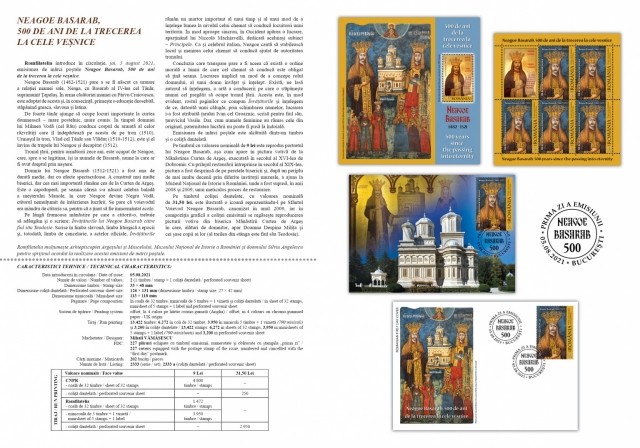 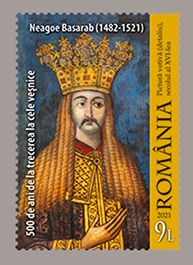