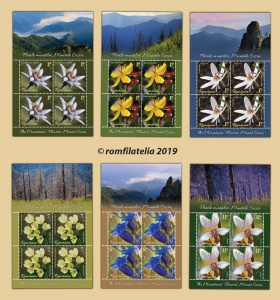 Mount Cozia, a place truly unique, not just in Romania

Edelweiss (Leontopodium alpinum), the plant that enriches the postage stamp with the face value of Lei 1.40 is part of the Asteraceae family. It is also known as Cliff-hanger flower (Romania), Stella Alpina (Italy), L’étoile des Alpes (France) and Edelweiß (Germany).

This plant is often found in alpine and sub-alpine regions. It grows in steep and sunny places on a calcareous sublayer. It is declared a monument of nature and is a true treat that can be found in the Cozia, Maramures, Rarau, Rodnei, Bistritei, Ceahlau, Giurgeu, Hasmas, Vrancei, Ciucas, Barsei, Bucegi, Fagaras, Capatanii, Retezat, Godeanu, Tarcu, Trascaului and Bihorului mountains. It can also be found in the Abruzzi, Alps, Balkans, Carpathians, Pyrenes, in Central and Eastern Asia.

The plant presents with a cylindric root stock with remnants of black-brown leafing from which numerous roots sprout.

The stem is erect, unramified and presents at 5-30 cm in height. The leaves are on the front slightly hairy and on the back shiny.

The flowers are grouped in caladiums, which are cramped in a dense cyme formation. Those on the disk are hermaphroditic, tuberous and sterile, while those on the radial are female, narrowly tuberous and in multiple series, rarely presenting with flowers of a single type. The inflorescences are surrounded by an involucre composed of uneven leaves of a woolly-white and extended in a star shape.

St. John’s wort (Hypericum richeri), represented on the stamp with the face value of Lei 1.60, also known as perforate St John’s wort, is a perennial herbaceous plant that is part of the Hypericaceae family. The plant has a horizontal and cylindrical stalk. The stem is basic and measures a height between 10-50 cm.

The leaves are sessile, ranging from oval to elliptical, hairless, opposing and lined with black dots on their edges.

The flowers are light yellow in colour with black dots, often reddish on the edges towards the small, punctured tip. The sepals have thick fibres and are glandular.

The fruit is in the shape of an oval capsule with black vesicles.

Dogtooth Violet (Erythronium dens-canis) is illustrated on the stamp with the face value of Lei 1.70, and is known in Romania as monk’s-plant, Cocoral and Cocorai, an indigenous plant original to Europe (both Central & South) as well as North America. It belongs to the Liliaceae family and is the only species of Erythronium that appears spontaneously in Europe.

Dogtooth Violet is a perennial, herbaceous, bulbiferous (linear-elongated), plant that can reach a height of 30 cm. Its leaves are wide-elliptical or oblong-lanceolate, usually brown maculate.

The stalk is simple, terminating in a single downcast flower with the leaflets of the perigone reflecting.

The fruit is an obovoidal capsule with a bounty of seeds within.

The stamp with the face value of Lei 7 illustrates Oxlip (Primula elatior) or true oxlip, which is part of the Primulaceae family. It is a heliophile herbaceous plant that can be found in ravines, meads, fields meadows, forest borders, well-illuminated shrubbery in areas ranging from hillsides towards alpine regions. It is well spread through Europe and Asia and is also known as great cowslip and Bradfield oxlip.

Oxlip has a vigorous oblique stalk that stems from its white roots. The membranous leaves are oval or elongated oval, narrowed
at the base where meeting the wide-winged stalk. The unwrapped stem measures between 6-30 cm and ends in a multi-floral umbel formed by a grouping with flowers leaning sideways. The corolla is funnel shaped, sulphurous-yellow, and in the middle, around the neck of the tube has an orange ring.

Its fruit is a capsule longer or the same length as the calyx, containing brown, highly verrucous, seeds.

This flower blooms between the months of March and May. It is used in both human and veterinary medicine. In Romanian folk-medicine it has been used to treat a multitude of afflictions without any solid scientific justification. Its properties include fluidizer of bronchial secretions, emollient, expectorant, antiseptic, sedative and scarring.

The stamp with the face value of Lei 8.50 has Trumpet gentian (Gentiana acaulis) as its subject, part of the Gentianaceae family which is composed of 87 genus and over 1500 species. The Gentiana genus comprises of approximatively 400 species and is a cosmopolitan genus which appears in alpine habitats in temperate regions of Asia, Europe and North America.

It is a short plant with the stem measuring between 5-10 cm. The cups present with stalk-elliptic leaves that are grouped in pairs of 1-2. The rosette at the base is formed from thick, matte, elliptical-to-obovate leaves that are spread on the ground. These are tipped with a single large flower grows in the shape of an elongated cup of a dark blue colour with longitudinal veining of olive-green tone.

Also known as the stemless gentian, its flowers grow on a very short stalk of about 3-6 cm.

The leaves are around 2-3.5 cm in height. These flowers love sunny places, blooming in late-spring and summer (June-July), in meadows or clearings in wooded mountain forests.

The stamp with the face value of Lei 11.50 presents Dittany (Dictamnus albus), an herbaceous plant of the Rutaceae family. Also known as burning bush, gas plant and fraxinella, it can be found in shrubbery, at forest extremities and meadows, from plains until beech forest areas, in Europe and Asia. It is also grown in parks and public gardens with an ornamental function due to its exceedingly beautiful flowers.

Dittany has a grey-black stem from which roots grow, as well as a tall, simple, rigid, erect and hairy stalk that can reach 120 cm. The roots and stems contain a volatile oil with a strong smell. The leaves are leathery, glandulous and dotted, alternating, with short fuzz. The flowers are large, pink, purplish pink and rarely white, with purple veining.

The flower blooms between May and July and the fruits are capsule shaped with 2-3 seeds per division. Dittany has multiple therapeutic benefits, used in humans medicine primarily with the purpose of combating coronary and circulatory insufficiency. 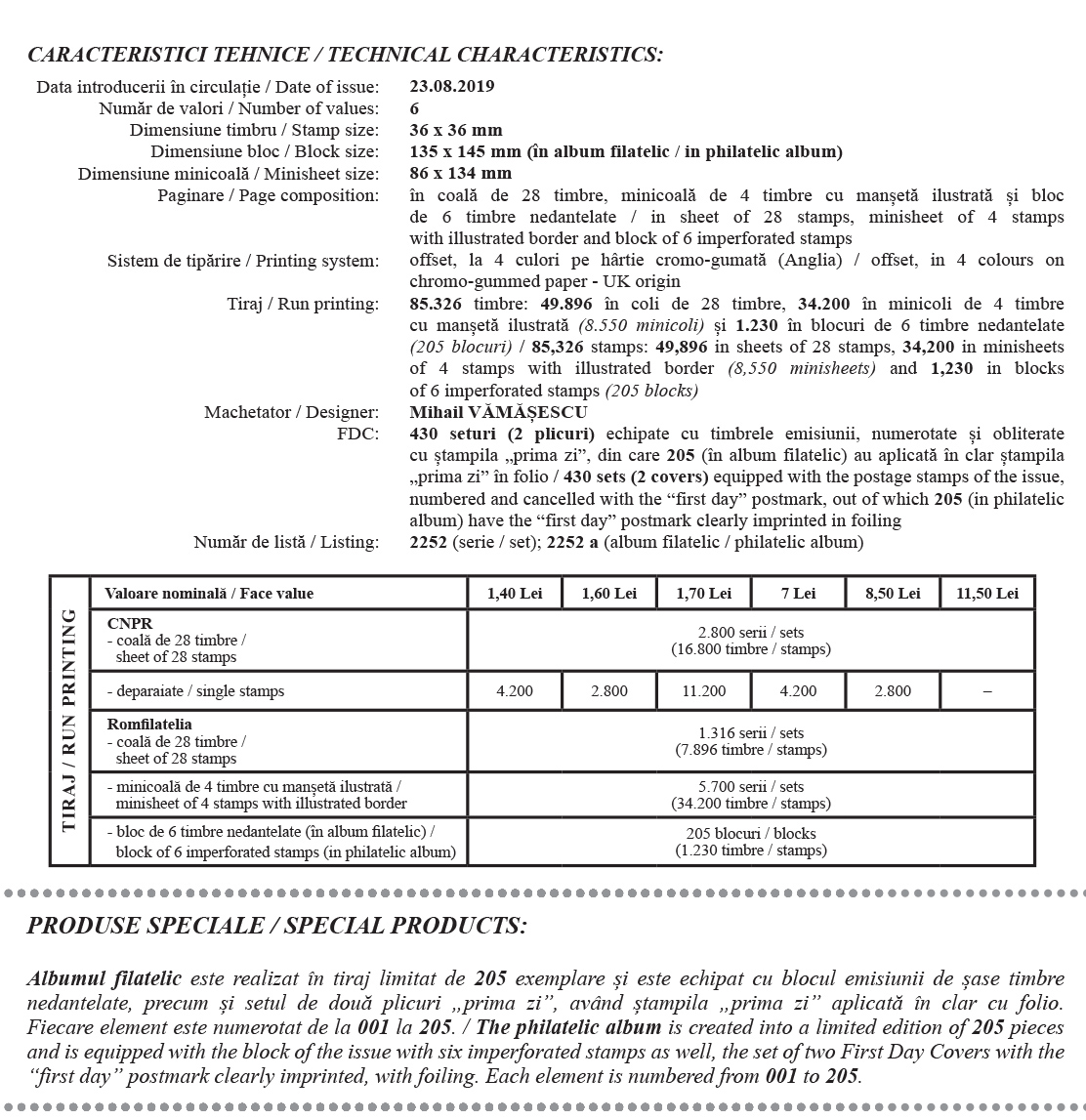