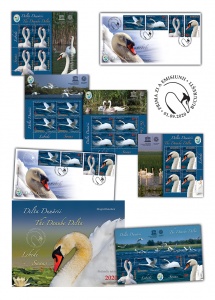 Romfilatelia proposes to collectors a new topic dedicated to UNESCO Heritage and to the 30th anniversary of the Danube Delta Biosphere Reserve, through the postage stamps issue “The Danube Delta. Swans”, which will enter into circulation on Tuesday, September 1st, 2020.

The philatelic folder, created into a limited edition of 203 pcs., is equipped with the special block of 4 imperforated stamps and the “first day” cover of the issue having the “first day” postmark clearly imprinted in silver foiling. Both products are numbered from 001 to 203.

The postage stamps issue “The Danube Delta. Swans”  will be available on Tuesday, September 1st  2020, in Romfilatelia’s shops network in Bucharest, Bacau, Brasov, Cluj-Napoca, Iasi and Timisoara and online on https://romfilatelia.ro/store/. The postage stamps issue is completed by the First Day Cover, in sheet of 32 stamps, minisheet of 4 stamps with illustrated border and block of 4 imperforated stamps. 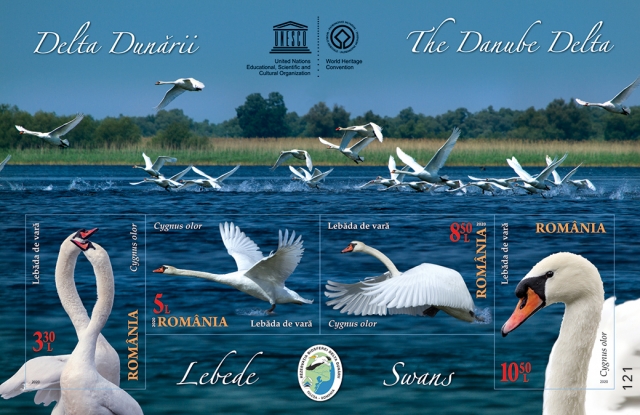 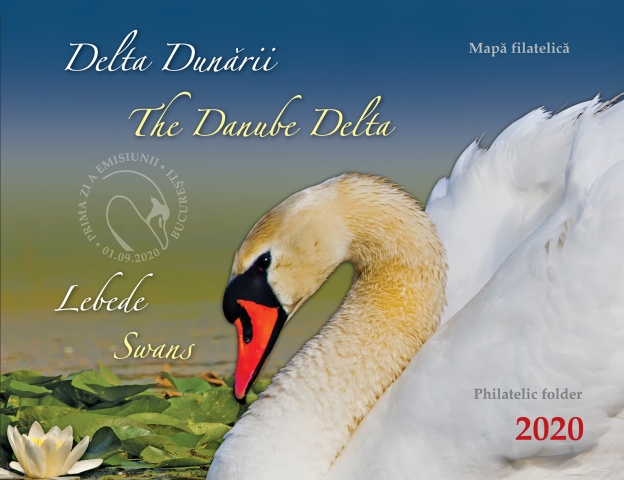 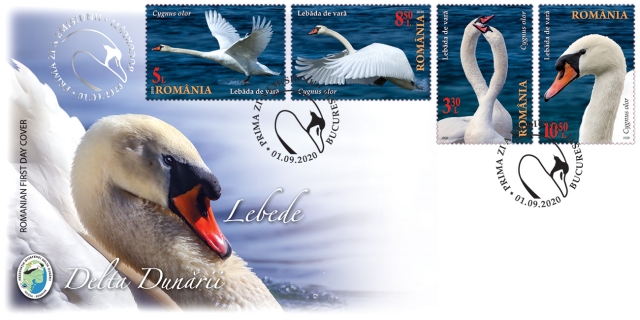 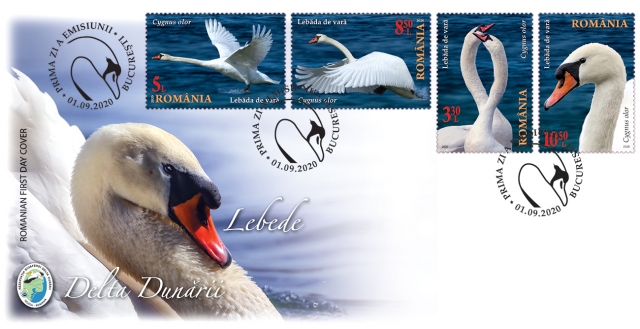 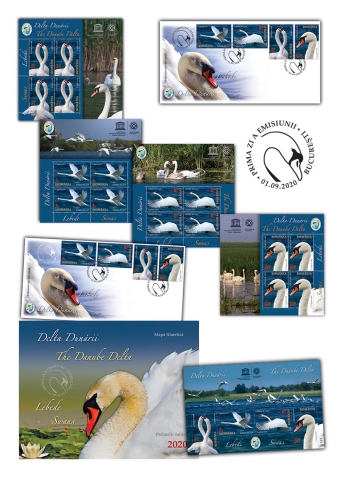 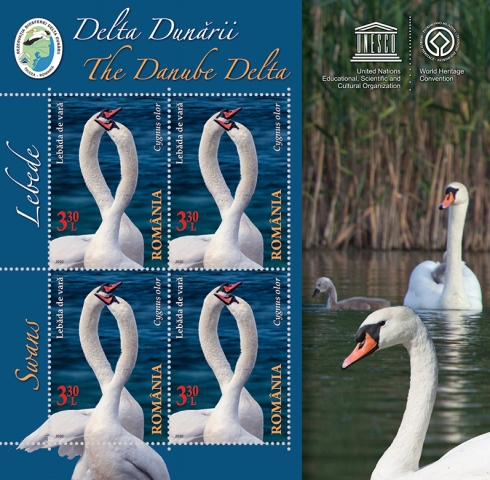 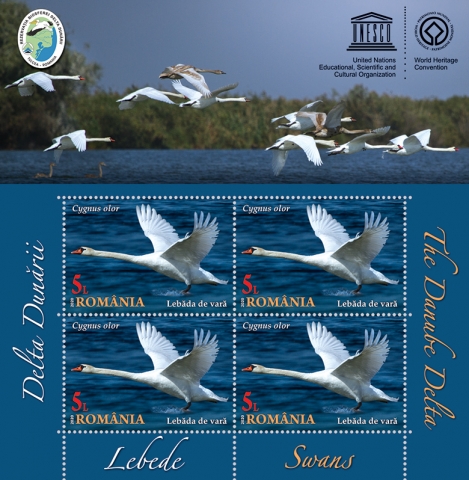 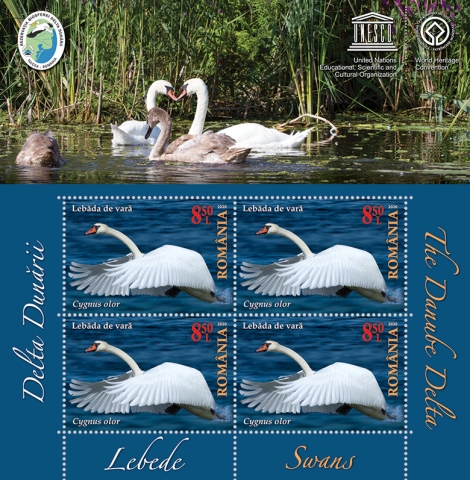 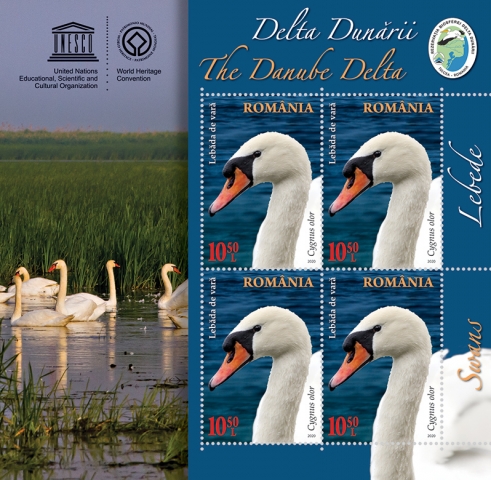 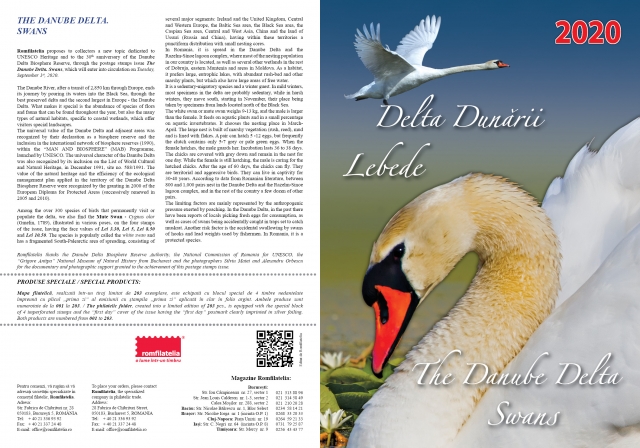 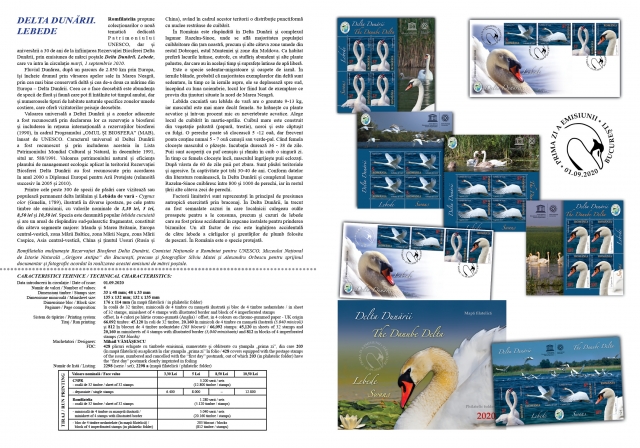 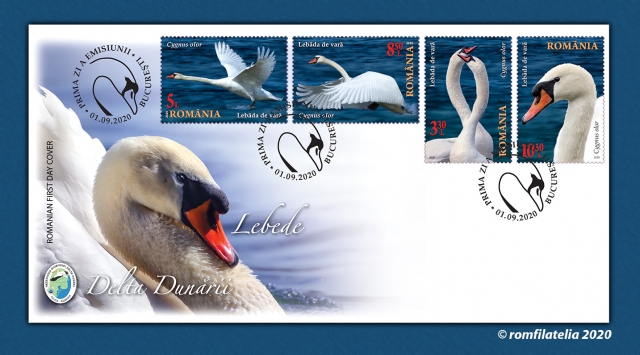