Romfilatelia proposes to collectors a new topic dedicated to UNESCO Heritage and to the 30th anniversary of the Danube Delta Biosphere Reserve, through the postage stamps issue The Danube Delta. Swans, which will enter into circulation on Tuesday, September 1st, 2020. 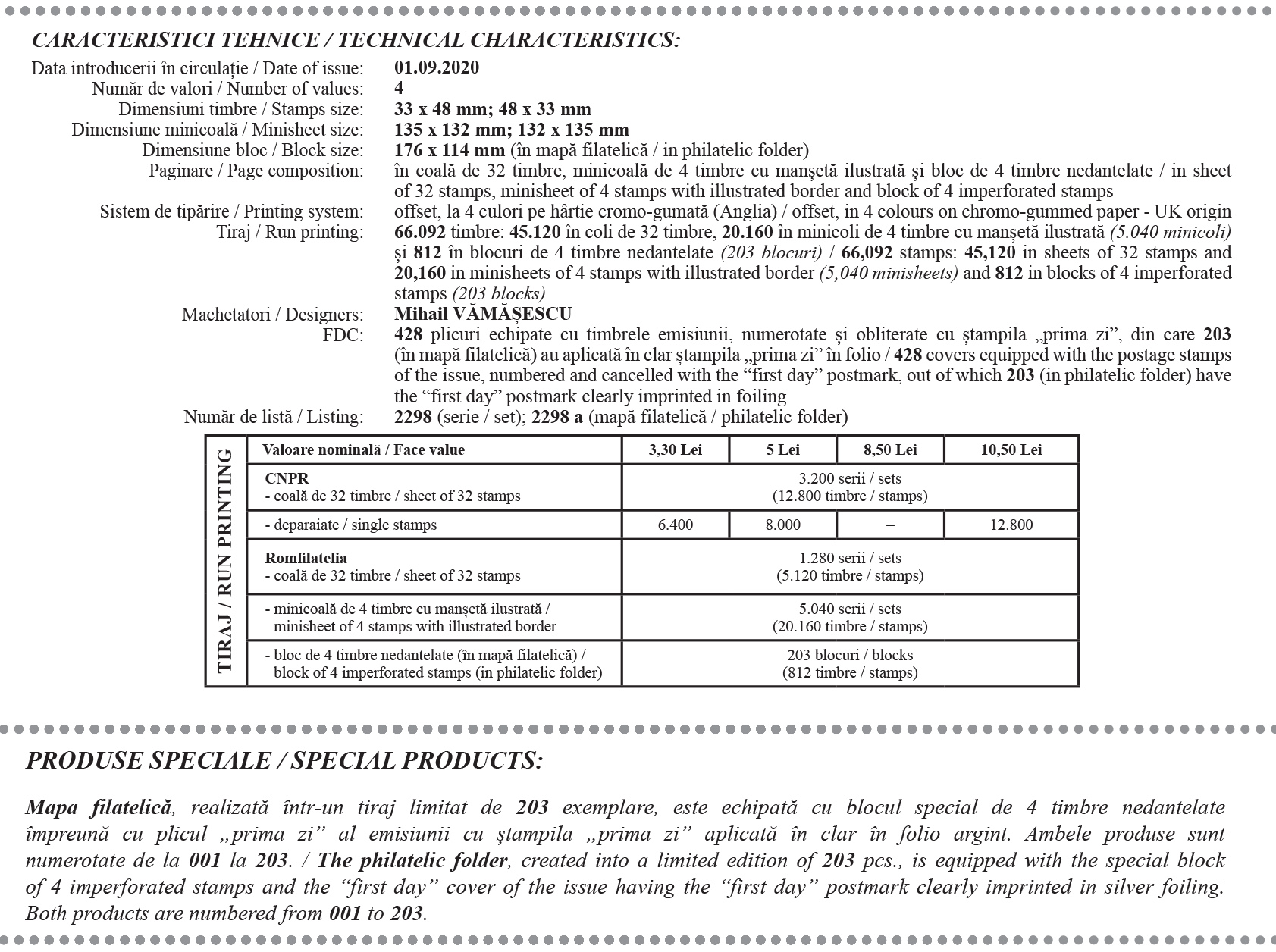