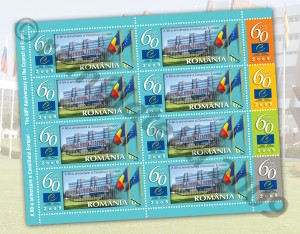 At the end of the Second World War, Europe was devastated, and the economies of the European countries were down. Thousands of cities and villages were in ruin.
“I wish to speak to you today about the tragedy of Europe, this noble Continent, comprising on the whole the fairest and the most cultivated regions of the earth, enjoying a temperate and equable climate… It is the origin of most of the culture, arts, philosophy and science both of ancient and modern times…”. (Winston Churchill – University of Zürich, 19th  of September 1946).
The war had put its malefic and destroying mark on all and everything. Europe, the cradle of modern civilisation, was merely a territory ravaged by famine, exile and fear.
“And what is the plight to which Europe has been reduced? Some of the smaller States have indeed made a good recovery, but over wide areas are a vast quivering mass of tormented, hungry, care-worn and bewildered human beings, who wait at the ruins of their cities and their homes and scan the dark horizons for the approach of some new form of tyranny or terror”. (Winston Churchill – University of Zürich, 19th of September 1946).
After the war, it was the time for Europeans to awake. Europe had to arise from its own ashes. There was a need for someone or somebody to unite in some way the hundreds of millions of Europeans, to make them forget the horrors of the past and look towards the future and to rebuild the big European family.
This providential man was Winston Churchill, whom the British thought was the most important figure of all times.
“…we must recreate the European family in a regional structure called, it may be, the United States of Europe and the first practical step will be to form a Council of Europe. If at first all the States of Europe are not willing or able to join a Union, we must nevertheless proceed to assemble and combine those who will and those who can… The structure of the United States of Europe will be such as to make the material strength of a single State less important. Small nations will count as much as large ones and gain their honour by a contribution to the common cause… If we are to form a United States of Europe, or whatever name it may take, we must begin now!”. (Winston Churchill – University of Zürich, 19th of September 1946).
Churchill´s speech in Zürich may be considered “the cornerstone” of the establishment of the Council of Europe, on the 5th of May 1949. On this occasion, Belgium, Denmark, France, Ireland, Italy, Luxembourg, Great Britain, Norway, Netherlands and Sweden signed the Westminster Treaty, which sanctioned the birth of the oldest political organisation on the continent.
Any European state that accepts the principle of the supremacy of law and guarantees the fundamental rights and freedoms of man to its citizens, may receive the membership in this organisation.
In 1955, the Council of Europe created the European flag, with the 12 golden stars arranged in a circle, on a blue background. The European anthem, set-out by the Council of Europe in 1972, is based on the “Ode to Joy” from the Ninth Symphony by Ludwig van Beethoven.
In 1964, the day of its official set-up (the 5th of May 1949), became Europe Day. Later, Europe Day was established on the 9th of May.
Romania was accepted in the Council of Europe on the 7th of October 1993.
Today, the Council of Europe groups 47 states, and other five states (the Vatican, United States of America, Canada, Japan and Mexico), are observers. Its headquarters is on Strasbourg (France).
No country has joined the European Union without first joining the Council of Europe.
The organisation approaches all major matters which the European society faces, that is: man´s rights, mass-media, legal cooperation, social cohesion, health, education, culture, patrimony, sports, youth, local democracy and cross-border cooperation, environmental protection and the territorial arrangement.
By granting the statute of advisory body to a number of over 400 non-governmental organisations, the Council of Europe develops a real partnership with the civil society representatives.