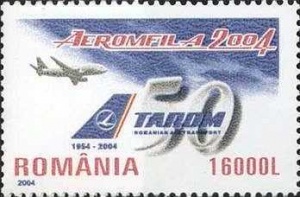 Romania was involved in aeronautical industry since the beginning of 20th Century through people like Aurel Vlaicu or Traian Vuia. The TAROM Company, Romanian Air Transports, dates from September 18th 1954 and this year it is celebrating its 50th anniversary. At the beginning, TAROM was operating in just a few cities on internal and external routes, with the LI  2 aircraft. In just two years from its foundation, the company has tripled its transport capacity. In the 60s it was modernized with new turbojet aircraft and in 1973 bought the first BOIENG aircraft. This way, in 1976, it operated with modern aircraft only.