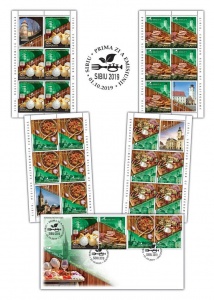 Romfilatelia introduces into circulation the postage stamps issue with the title of „Sibiu, European region of gastronomy” on Tuesday, October 1st, current year.

The postage stamps issue presents through a graphic composition harmonious imagery of touristic attractions alongside gastronomic elements specific to the Sibiu area.

On the postage stamp with the face value of  Lei 19 reproduces the Council Square with the Bruckenthal Museum (Bruckenthal Palace), erected between 1778–1788 by the governor of the Grand Principality of Transylvania, Samuel Bruckenthal, along with an assorted platter containing a traditional selection of cold and hot starters, consisting of sausage, dairy and vegetable preparations, specific to the Sibiu area.

The postage stamps issue Sibiu, European region of gastronomy will be available on Tuesday, October 1st  2019, in Romfilatelia’s shops network in Bucharest, Bacau, Brasov, Cluj-Napoca, Iasi and Timisoara and online on https://romfilatelia.ro/store/.

The postage stamps issue is completed by “first day” cover, as page composition in sheet of 20 stamps, minisheet of 5 stamps and 1 label. 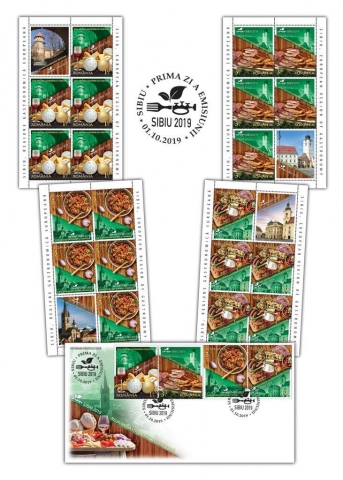 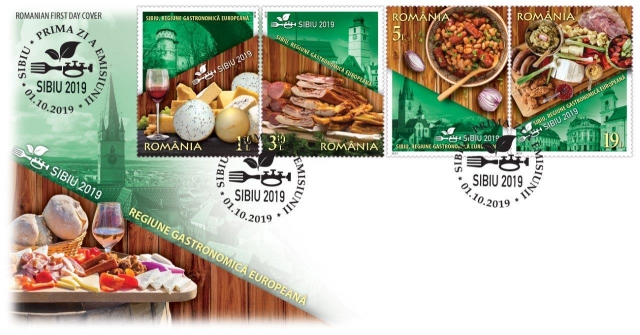 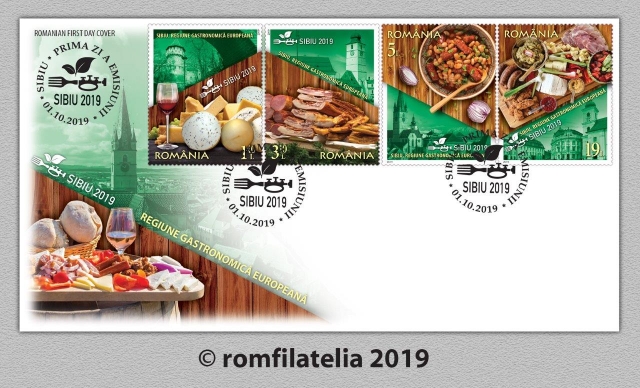 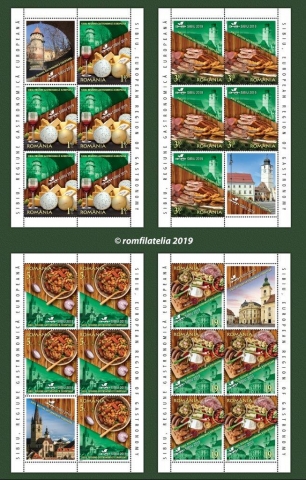 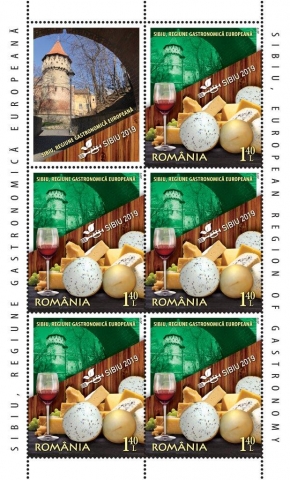 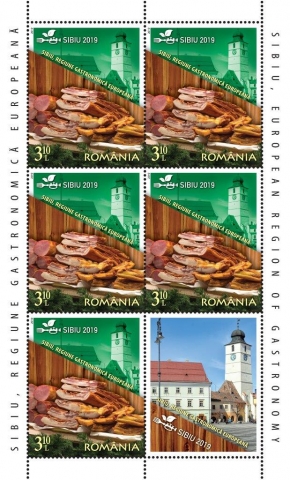 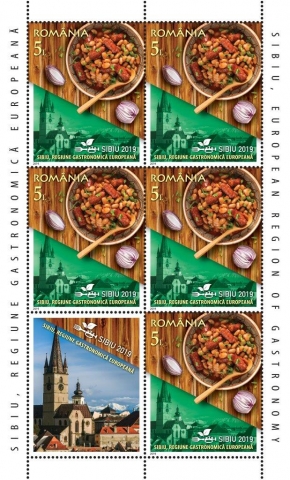 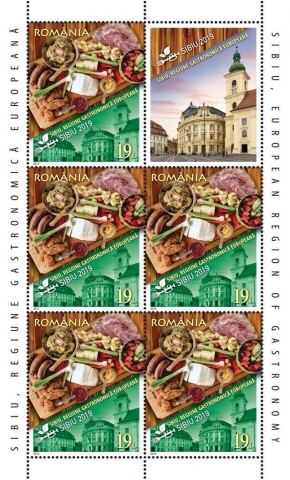 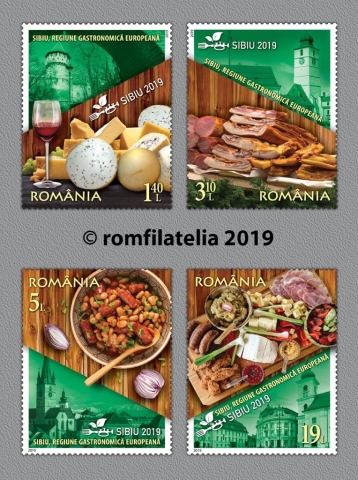 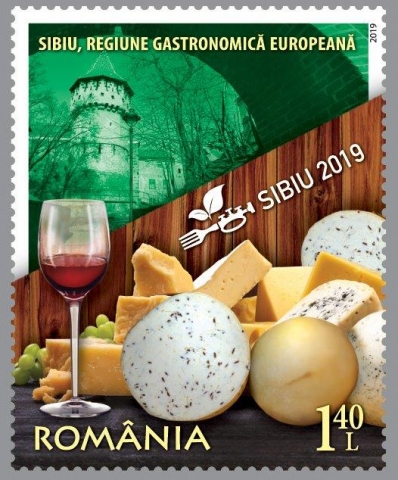 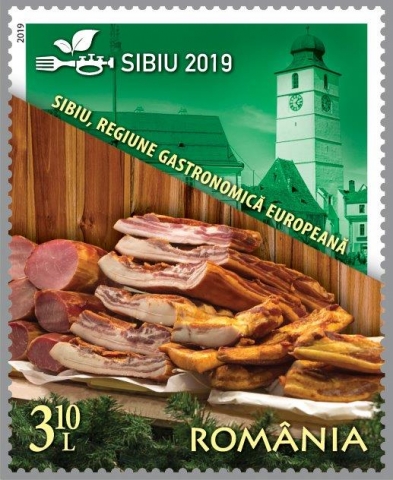 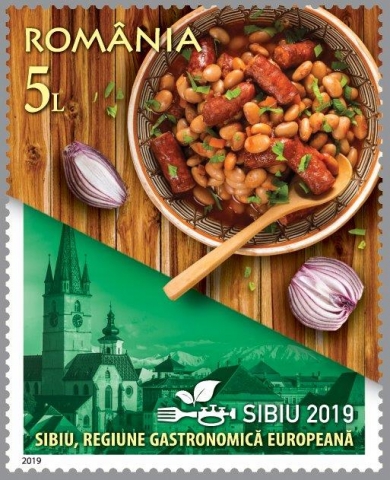 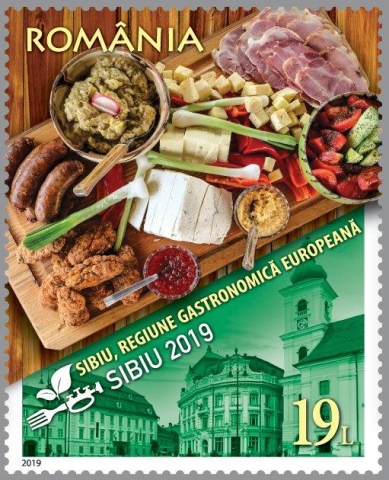