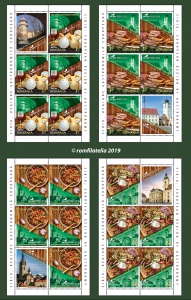 Transylvania, registered in the Carpathian Arch, an area also called Ardeal, is famous for its magical landscapes and a unique gastronomic culture, evidenced by its exceptionally kept traditions that are kept by a multicultural and multi-ethnic community. Along with other valuable elements present in the allure of historical monuments, traditions have played an important role in shaping Sibiu as a prime tourist destination, food culture being one of the main attractions of the region.

On the postage stamp with the face value of Lei 19 reproduces the Council Square with the Bruckenthal Museum (Bruckenthal Palace), erected between 1778–1788 by the governor of the Grand Principality of Transylvania, Samuel Bruckenthal, along with an assorted platter containing a traditional selection of cold and hot starters, consisting of sausage, dairy and vegetable preparations, specific to the Sibiu area. 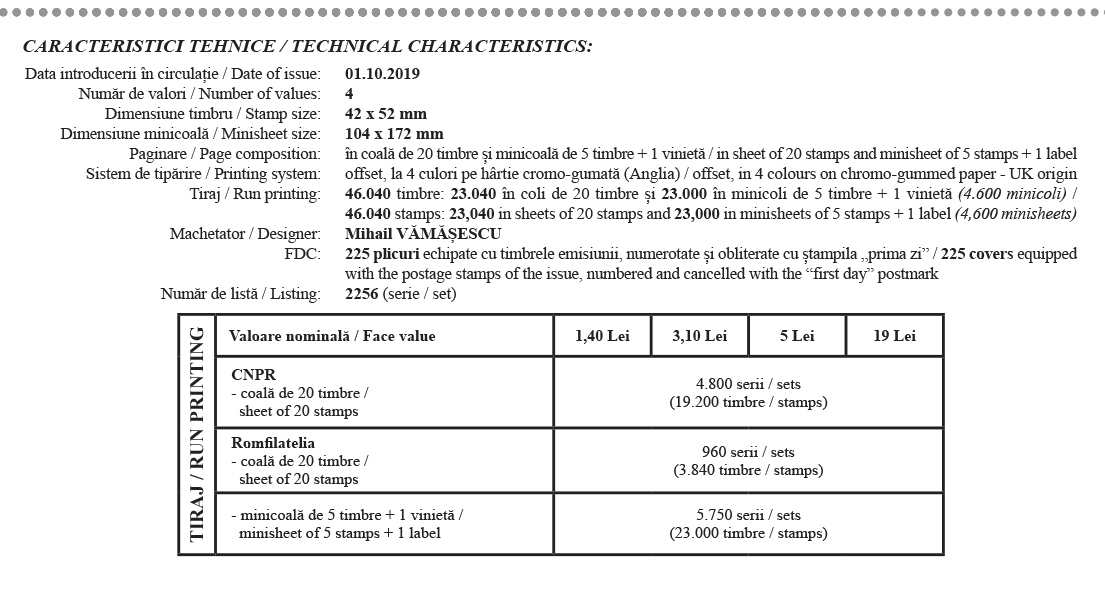