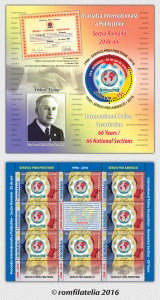 Largest friendship organization of police around the world, the International Police Association – I.P.A. – came into being on January 1st, 1950.

I.P.A. was established in Great Britain at the initiative of a police sergeant, Arthur Troop of Lincolnshire, England. A determined idealist, he wanted to create an appropriate framework for the friendship between policemen everywhere and their international cooperation.

After the end of the Second World War, Arthur Troop ­dedicated his time to the fulfillment of this beautiful dream.

Surrounded by friends who shared the same ideals, he worked ­continuously for actions that aimed to set up other national ­sections. From the start, the I.P.A. message was taken up quickly, so that in 1953, the Netherlands, Belgium and France established chapters, in 1954 Norway and Switzerland followed their example, and in 1955, Germany and Ireland.

Shortly thereafter I.P.A. chapters came into being in most
of Western Europe, Africa, America, Asia and Australia.

So began the existence of the International Police Association, the largest association of its kind worldwide, which currently has 66 national chapters.

The association’s official languages are English (the language of reference), French, German and Spanish.

The Romanian Chapter of I.P.A. was founded on August 31st, 1992 and affiliated with the I.P.A. on October 25th, 1996 at the ­initiative of Lieutenant General Phd. Engr. Iulian Medrea.

Efforts for the formation and development of the Romanian Chapter of the International Police Association have been ­successful due to the fact that, within the behavior of those defending the law and society, a deep and solid friendship runs. These people reflect fairness and justice, moral support, respect, the appreciation of human values and the rule of law.

The fundamental principles of this association are: friendship, hospitality, humanity, solidarity, unity, universality and volunteering. The purpose of I.P.A. is to create and develop ties of friendship between its members and the objectives of the association include: the promotion of respect for law, national and ­international order, boosting ties of friendship, mutual assistance and mutual respect; growing the prestige and image of the ­professional structures which include I.P.A. members and so on.

With its 156 branches and over 45,000 members, I.P.A. Romanian ranks second worldwide. In recent years, our country was ranked first in the organization and the development of social, educational, and professional and sporting activities. Some I.P.A. members in Romania are also policemen and gendarmes performing U.N. missions abroad.

The Romanian I.P.A. Section is proud to also have as part
of its ranks the great athletes of Romania: Nadia Comaneci, Gheorghe Hagi, Ion Tiriac, Elisabeta Lipa, Lucian Bute,
Monica Iagar, Marius Urzica, Ivan Patzaichin and many others.

From these beautiful and talented athletes, I.P.A. members were inspired in organizing and participating, at a national and international level, to tens and hundreds of sporting events: futsal (indoor football), beach soccer, football on natural grass or ­artificial lawn, tennis, table tennis, handball, swimming, track, traction, push-ups etc. They are joined by those with artistic ­preoccupations: writers, painters, sculptors and musicians.

The involvement of I.P.A. the Romanian Section in charity works proves the sensitivity and generosity of its members. Always responding to the requests of others, members of I.P.A. offer society a behavior model to follow.

The association’s members have made friendship a way of
being, exhibiting continually strong feelings of kinship, mutual
aid, tolerance and decorum. For them, friendship generates opportunities to know each other, that being the main source
that feeds their desire to ­establish new relations.

The stamp of this year’s issue, 2016, marks the anniversary of
20 years since the affiliation of the Romanian I.P.A. Section to I.P.A.; its graphics and color highlight the logo and motto of the association Servo per amikeco —  “Service through friendship” as well as the mission of the association: promoting friendship.

The souvenir sheet illustrates the diploma through which I.P.A. Romania affiliated itself to this prestigious associations on October 25th, 1996 in Brisbane, Australia and the image of Arthur Troop, the founder of I.P.A., marking the 66th anniversary since the founding of the Association, as well as the list of
66 countries united in the spirit of friendship, all successfully completing its graphic composition. 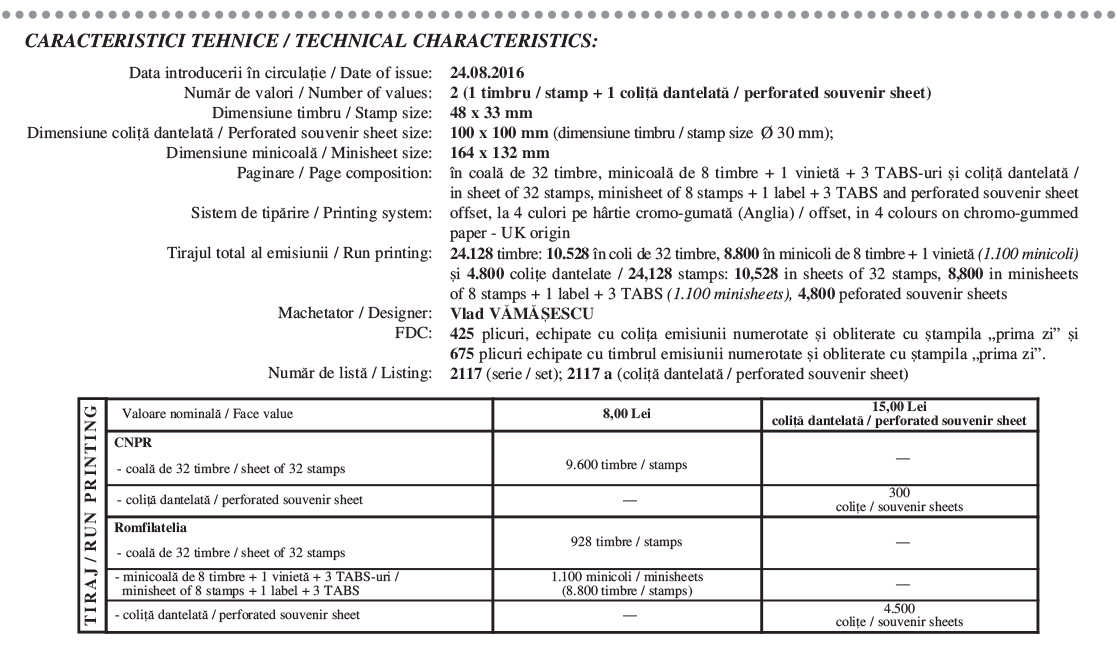