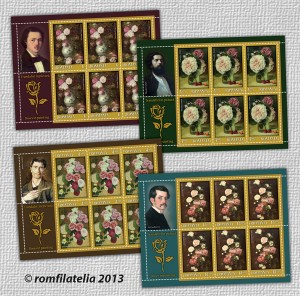 About roses, there are numberless legends in all cultures of the world.

One of the Legends of Olympus says that Chloris, the Flower goddess, created the rose out of a very dear nymph, who had passed away.

Then, she asked all the other gods to give the new flower a little of their gifts. Thus, Zephyros himself, Chloris’ husband, the god of spring wind, dispersed the clouds so that Apollo may cast light upon it and make it blossom. Dionysus offered his charming perfume, the Three Graces gave charm, joyfulness and brightness to it and Ares, the god of war, gifted thorns to it so that the rose might defend itself.

Another Greek legend reveals that the rose was born from Cupid’s laughter and the thorns are the love arrows.

There is also another legend saying that just like Aphrodite, the goddess of beauty, the rose came out of the sea foam, surrounding her like a garland.

Today, the rose is considered to be the symbol of love and passion, suffering or jealousy.

The beauty and perfume of the roses inspired both writers and painters.

The stamp with the face value of lei 1.00 illustrates the painting Trandafiri (Roses), made by Nicolae Grigorescu.

Nicolae Grigorescu (1838 – 1907) is considered to be the great master of the Romanian painting, who combined the realism of Barbizon School and the impressionism in his paintings.

As of 1861, together with Auguste Renoir, he frequented the workshop of Sébastien Cornu ofParis. Within a short period of time, he joined the Barbizon School where he would complete his artistic education.

In 1873, he started paying study visits in Rome, Naples, Pompeii, then in Greece and Austria, at Vienna. In the paintings made during these trips we may notice the strong influence of the Barbizon School.

After 1890, the painter settled down in Romania, where most of his paintings focused on rustic topics, peasant portraits, carts with oxen and Romanian landscapes.

After having made his first studies inBucharestat “Saint Sava” College, he left for Paris and worked in the workshops of Michel Martin Drolling and François Edouard Picot. In 1858, he returned to Romania and contributed to the reorganization of the Romanian artistic education. In 1864, he supported the foundation of the first Fine Arts Schools in Bucharest and Iasi.

His paintings representing historical scenes, landscapes, portraits or still natures depict the stylistic talent of a painter of European value. He is also considered to be one of the first Romanian engravers who used the aqua-forte technique.

Born in 1868, Stefan Luchian enrolled to the painting class of the National School of Fine Arts of Bucharest, in 1885, a school which he graduated from four years later, obtaining the bronze medal for Cap de expresie (Head expression) and Studiu dupa natura (Nature study).

Afterwards, he studied inMunich, at the Fine Arts Academy, and then in Paris at Julien Academy.

In 1896, he returned to Bucharest where he would be the initiator of the Independent Artists’ Exhibition next to Alexandru Bogdan-Pitesti. In 1900 he is present in Paris, at the World Exhibition, exhibiting two pastels.

His paintings render the splendor of the Romanian landscapes made with an unmatched mastery, thus demonstrating his infinite passion for the nature.

Ion Andreescu was born in 1850 in Bucharest and he attended the courses of the Fine Arts School as of 1869. In 1878 he left for Paris, at Julien Academy, but he returned toBuzauas a secondary school teacher.

He died in 1882, at the age of 32, leaving us wonderful sceneries, pastels and still natures made inFrance, as well as in Romania.

We thank the National Art Museum of Romania for their support granted in the accomplishment of this postage stamps issue. 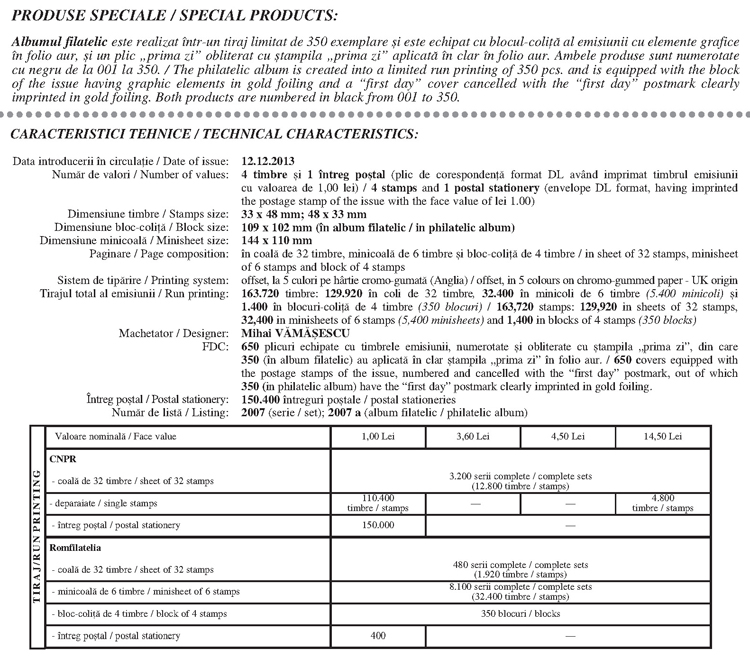