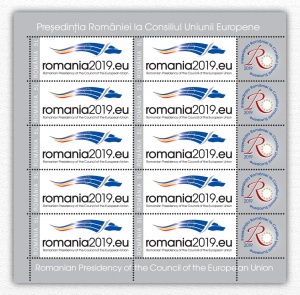 On the occasion of the Presidency of the Council of the European Union by Romania takeover, Romfilatelia introduces into circulation the postage stamp issue dedicated to this event of high importance for our country.

Romania started its way to the European Union on February 1st, 1993, when the EU-Romania Association Agreement was signed.

Our country formally applied to join the European Union in June 1995, and in December 1999,  the European Council decided to open accession negotiations with Romania, along with six other states.

Negotiations were opened on February 15th, 2000 and were technically concluded at the Accession Conference held at ministerial level on December 14th, 2004. The decision was endorsed by the Bruxelles European Council of December 16-17th, 2004.

Following signature, the Treaty was submitted to ratification in all Member States, and Romania became a member of the European Union on January 1st, 2007.

The rotating Presidency ensures the day-to-day management of the European agenda and the presidency of the Council’s sectoral formations at all levels (ministerial, ambassadorial and technical), with the exception of the Foreign Affairs Council.

The Presidency should act as an impartial mediator, focusing mainly on the presentation of compromise proposals, capable of leading to the adoption of common positions of the
Member States.

The Romania’s Presidency of the Council of the European Union will take place in a complex European and international context, its political agenda being closely related to the development
of some files playing for high stakes at European Union level.

In order to ensure the continuity of the work of the Council of the European Union over a longer period of time, the Member States holding the Presidency work together, in groups of three, called Trio.

This system was introduced by the Treaty of Lisbon in 2009. Romania will open the Trio of Presidencies, which also includes Finland and Croatia.

The motto of the Romania’s Presidency of the Council of the European Union, “Cohesion, a common European value”, is a clear message of support for the European family cohesion, but also for policies that stimulate economic, social and territorial convergence.

The stamp of the issue, with the face value of Lei 5, illustrates the logo of the Romania’s Presidency of the Council of the European Union, resulting from a creative contest won by Ioan Dobrinescu, a 9th grade student from “Ion Luca Caragiale” National High School in Bucharest.

The logo indicates a moving, self-assured, dynamic European Union, but at the same time attached to its values. The European Union was illustrated by means of a wolf, an animal present
in the mythologies of most European cultures. In addition, the drawing illustrates a European Union that affirms its attachment to the protection of biodiversity.

Romfilatelia thanks to the Ministry of Foreign Affairs for the documentary and photographic support granted for the achievement
of this postage stamp issue. 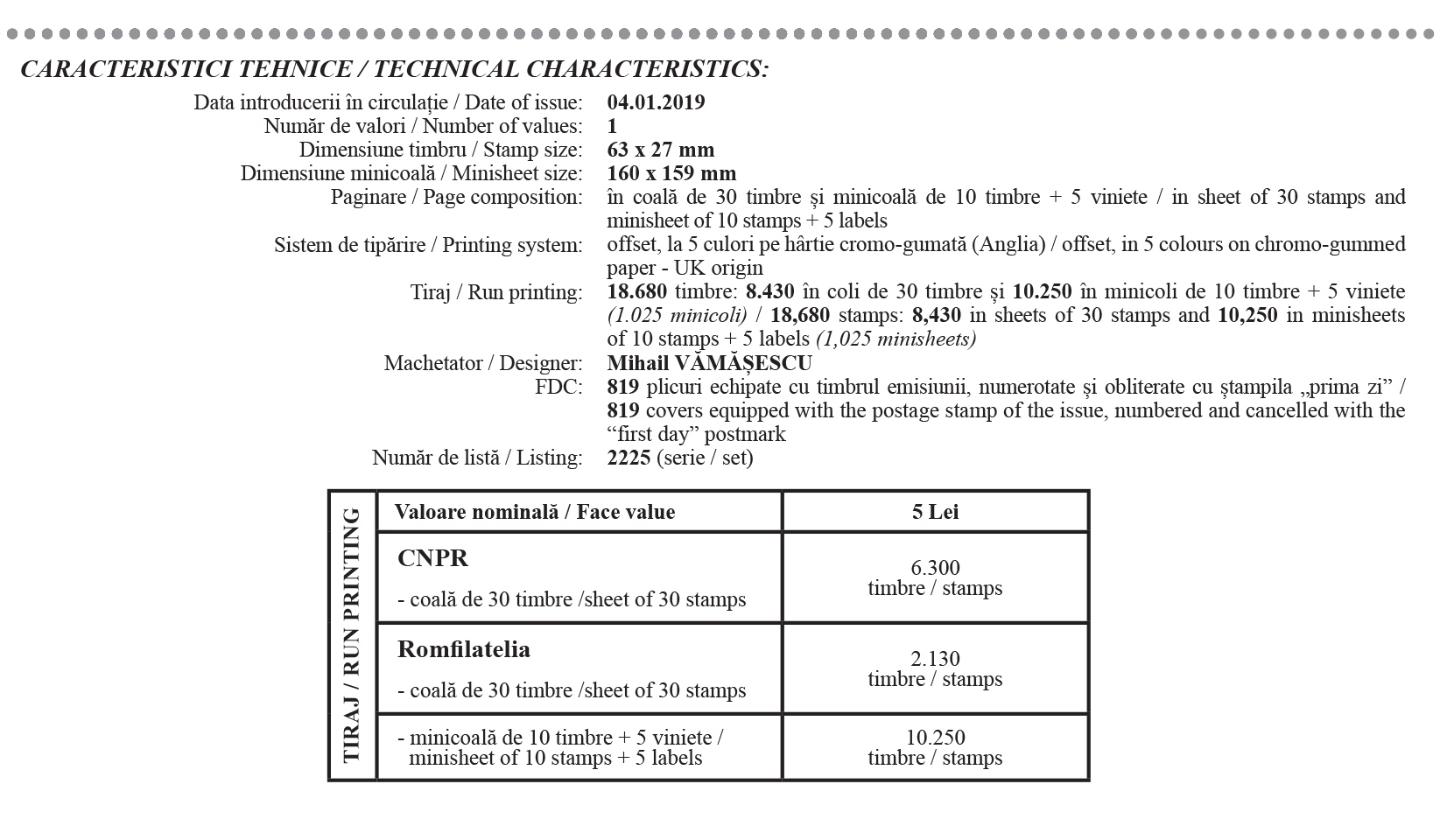