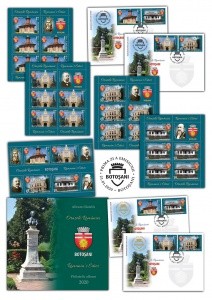 The philatelic album, created into a limited edition of 211 pcs., is equipped with the special block of 4 stamps and the two “first day” covers of the issue having the “first day” postmark clearly imprinted in gold foiling. Both products are numbered in black from 001 to 211.

The postage stamps issue “Romania’s Cities, Botosani” will be available on Tuesday, January 21th 2020, in Romfilatelia’s shops network in Bucharest, Bacau, Brasov, Cluj-Napoca, Iasi and Timisoara and online on https://romfilatelia.ro/store/. The postage stamps issue is completed by 2 “first day” covers, and as page composition in sheet of 32 stamps, minisheet of 5 stamps + 1 label and block of 4 stamps. 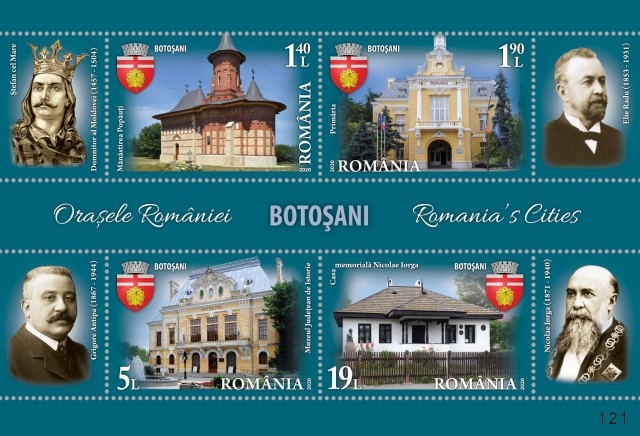 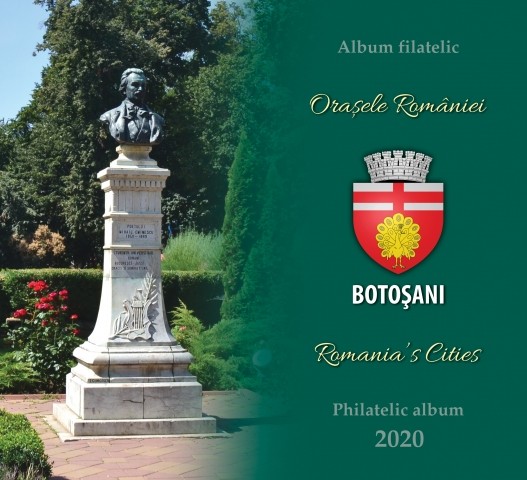 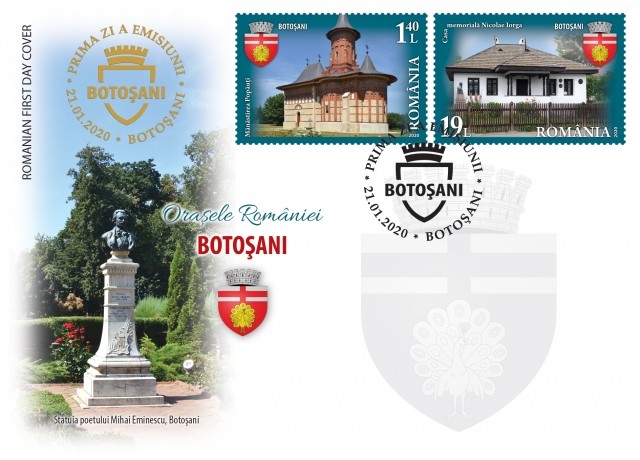 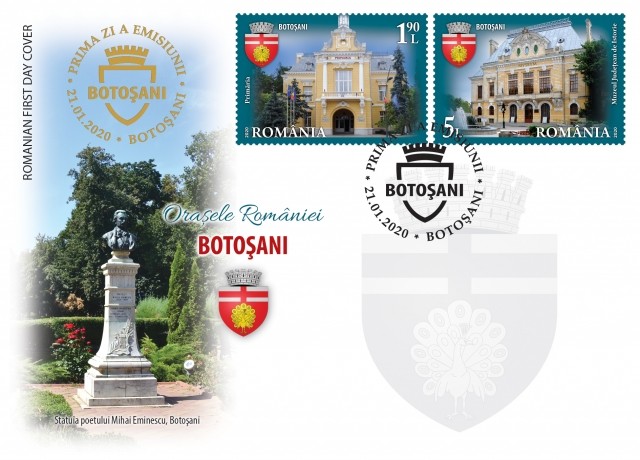 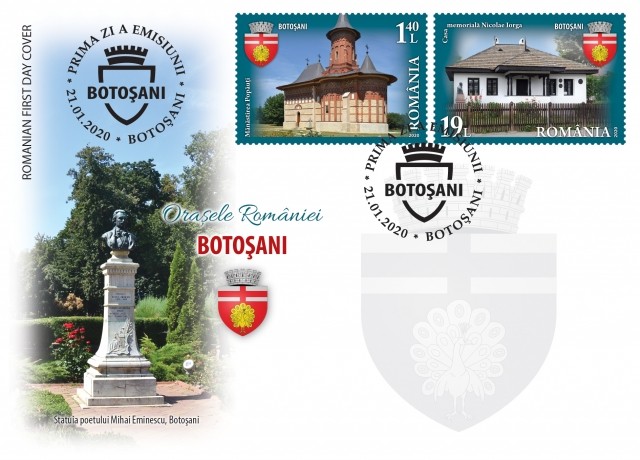 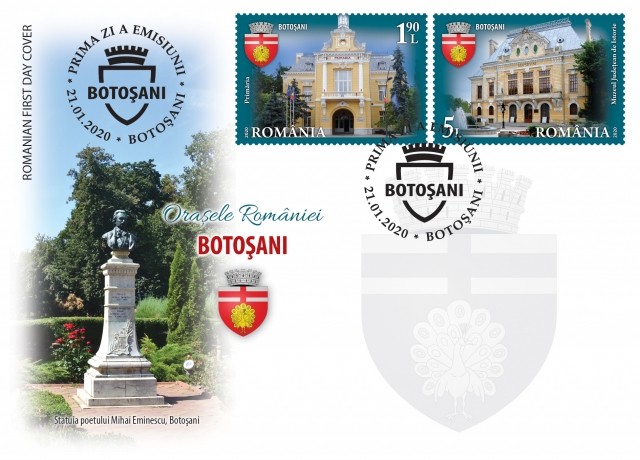 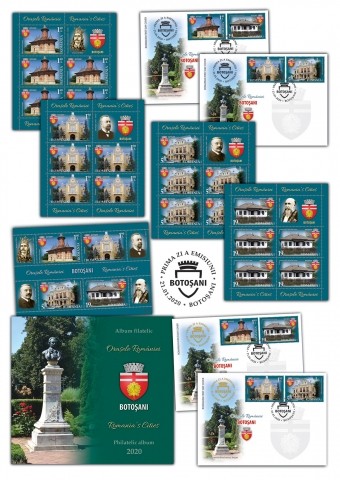 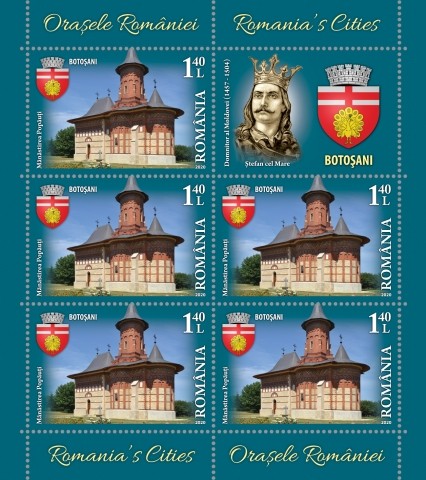 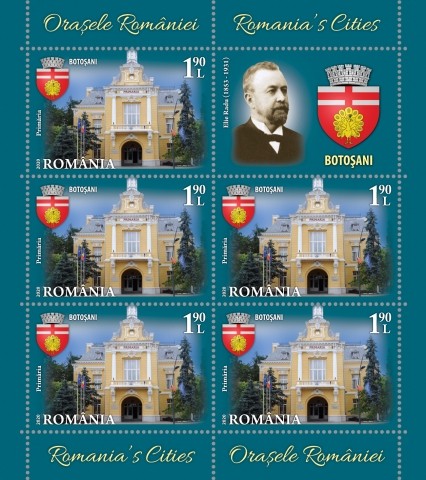 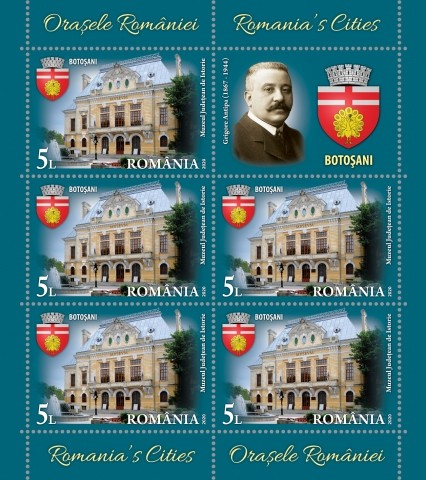 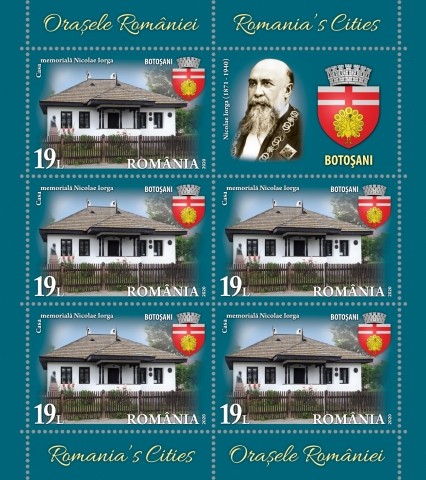 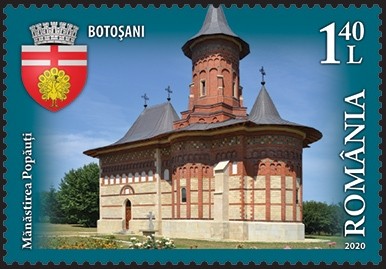 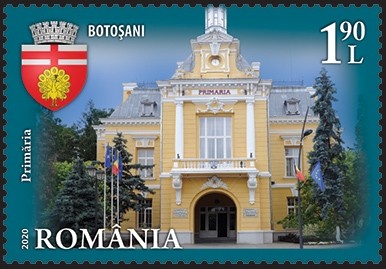 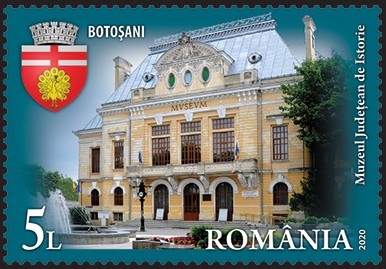 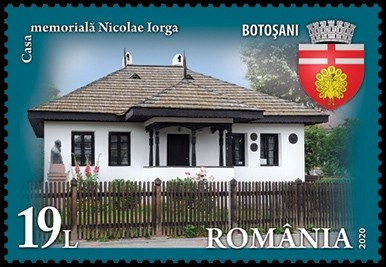