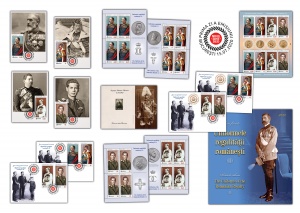 King Carol I (1839-1914), illustrated on the stamp with the face value of Lei 3.30, wore a military uniform from the very age of ten, when he started military school. Since his accession to the Throne in 1866, he has adopted the officer uniform as official attire, even at private meetings with Romanian politicians. The rules of protocol were similar to those at the Imperial Palace in Berlin, where the military uniform had precedence. At the Coronation Ceremony (May 10th, 1881), King Carol I was equipped in the uniform of an infantry general. He rode in front of the eight horse drawn equipage of the Queen Elisabeta. We find the same preference for the uniform in his will, written on February 14/26th, 1899: “I want to be dressed in the general uniform (petite tenue outfit, as I wore it every day), with war decorations and only the Star of Romania and the Hohenzollern Cross on my chest”.

King Ferdinand I (1865-1927), represented on the stamp with the face value of Lei 5, spent his childhood and adolescence at the family’s residence in Sigmaringen, Germany. In 1885 he completed the courses of the Kassel Officer Candidate School, being appointed second lieutenant in the 1st Guards Regiment of the Royal Court of Prussia. Starting with 1889, he became Crown Prince of the Kingdom of Romania, and settled in Romania, where he continued his military career. He also had a series of honorary commands, being promoted to the rank of army corps general. Ferdinand wore the royal uniform even at private meetings, but after the war the King adopted the “civilian” attire at court meetings. At official ceremonies, however, he continued to wear military attire. At the Coronation of October 15th, 1922, King Ferdinand I wore the General uniform with marshal insignia, over which he placed a cape, made especially for the event. Symbol of supreme authority, the cape is a piece of apparatus, representative of the coronation ceremony.

The artistic conception of the cape belonged to the painter of the Royal Court, Costin Petrescu, and was made in Viennese workshops. It is a unique piece, inspired by the full dress of the Romanian rulers from the Middle Ages.  Ferdinand I wanted to be buried in the cavalry general uniform, although he had been promoted to the rank of marshal, “as with this rank I spent the happiest years of my military career”.

As a child, King Carol II (1893-1953), presented on the stamp with the face value of Lei 8.50, appeared dressed in military uniform, in the spirit of the Romanian monarchy. At all the official ceremonies, the King appeared in military dress, with a beret and marshal’s cape. King Carol II’s wardrobe was very diverse. He often appeared in public in attire of marshal of various regiments, or as an admiral, accompanied by accessories such as the cape of “Michael the Brave” order, or numerous decorations, but also some less common, such as it would be the helmet with an eagle on top, copied after the model of the German emperor Wilhelm II. Also, at the meetings of the Straja Tarii, organized under his auspices, he came dressed in the uniform of the supreme commander of the institution, in order to match the uniforms of the young guards. The cult of King Carol II’s personality included elements with a strong symbolic load, visible on the occasion of large parades organized on national holidays. The uniforms had been designed in white and blue, white being associated with the idea of rebirth, and blue with that of loyalty. To the visual impact was added a sound one, by singing the royal anthems and the National Renaissance Front, but also many patriotic songs.

King Mihai I (1921-2017), illustrated on the stamp with the face value of Lei 12, began to wear the military uniform with the accession of his father on the Throne, in 1930. The last sovereign of Romania remembered: “our tradition was for the Crown Prince to become an officer at the age of 16. Or, I had to go to school, and my father thought that it would be good to have a military training in parallel with my education. The uniform, well, was special, because I was too young to walk in the actual uniform. I started as a soldier, a lance caporal, I went through various ranks. Then, my father also enrolled me in the aviation school of Medias. After that, in the years 1935-1936, when I had to accompany my father on official visits, when I was in Poland and Czechoslovakia, I was also dressed in uniform.”

The souvenir sheet of the issue, with the face value of Lei 29, is a composition made up of the reproduction of the first Romanian souvenir sheet – Romanian Philatelic Exhibition EFIRO, November 1932, Bucharest, alongside with a portrait of King Carol II, in uniform and with a helmet. The EFIRO 1932 souvenir sheet, reproduced in this postage stamps issue, was issued on the organization of the first EFIRO Philatelic Exhibition, under the patronage of King Carol II, a passionate philatelist, owner of an impressive collection. The piece was printed in Bucharest, in the Stamps Factory (Fabrica de Timbre), through the deep printing process (heliogravure).

In addition to the print run of 50,000 pcs. on white paper, 50 pieces on yellowish Japanese paper were issued. For the personal pieces presented at the exhibition, King Carol II received the Diploma of Honor with a gold plaque.

On the First Day Cover of the issue is reproduced a photography in which kings Carol I, Ferdinand I and Carol II pose in military uniforms.

The philatelic album is created into a limited run printing of 311 pieces and is equipped with the special block of 4 perforated stamps + 4 imperforated stamps of the issue and the set of two First Day Covers with the postmark cleary imprinted gold foiling. Both products are numbered from 001 to 311. 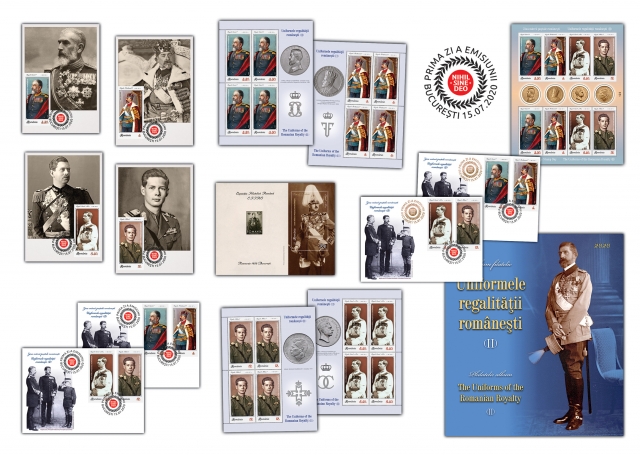 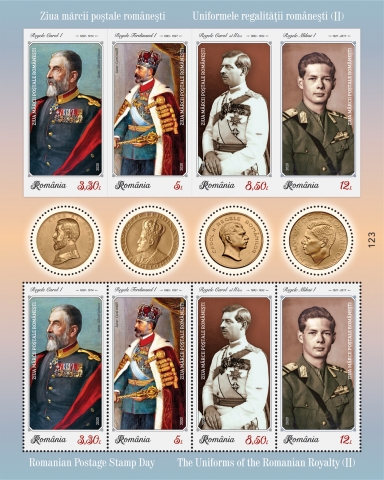 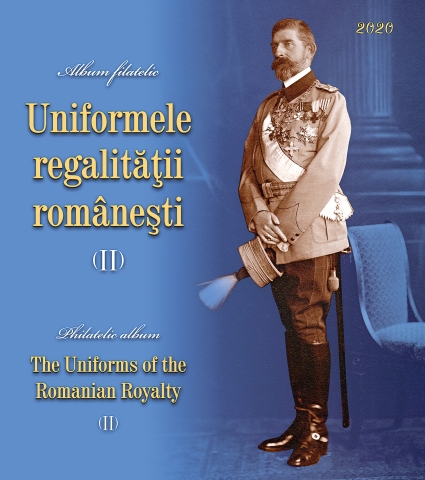 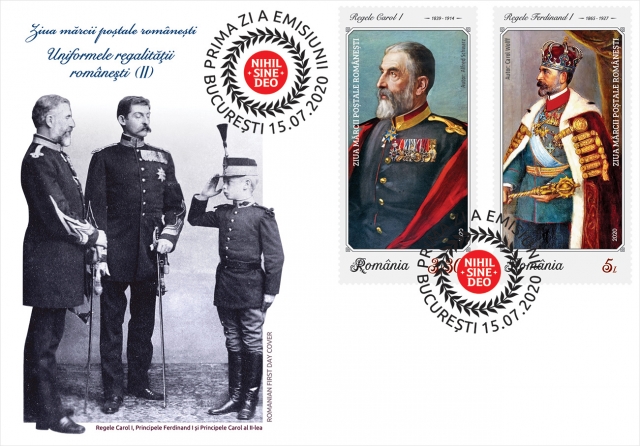 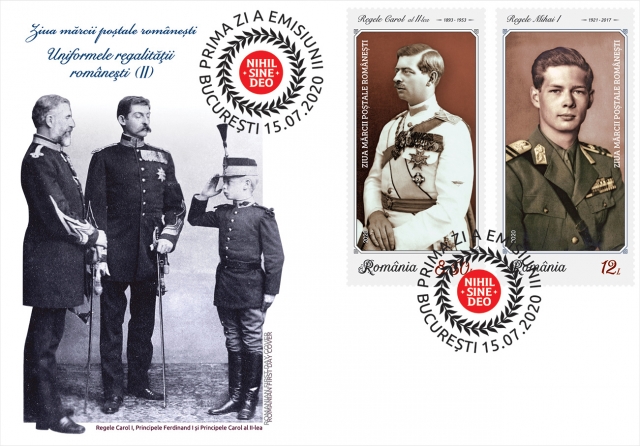 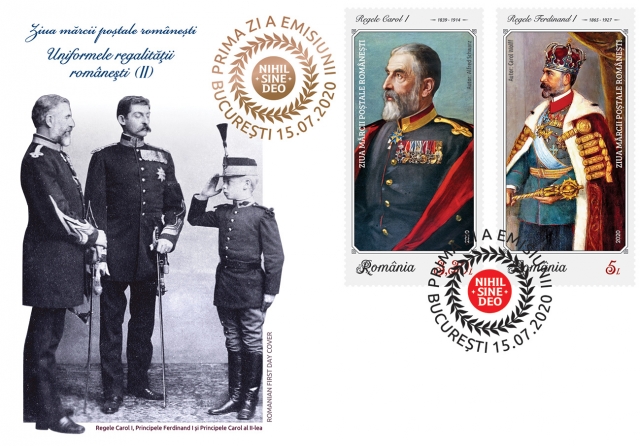 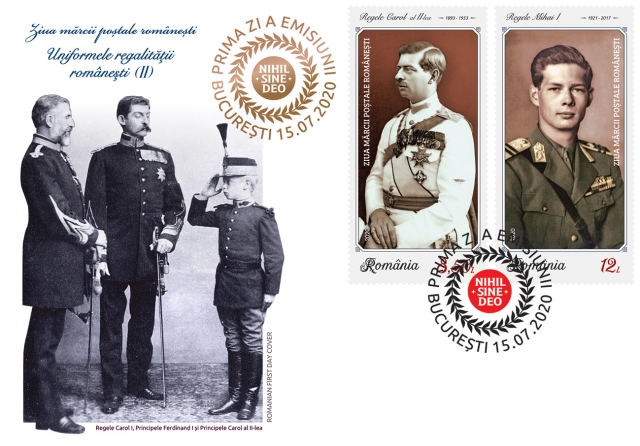 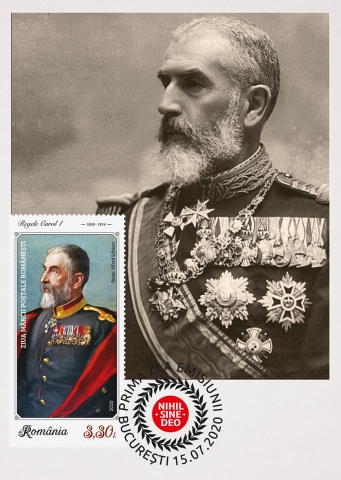 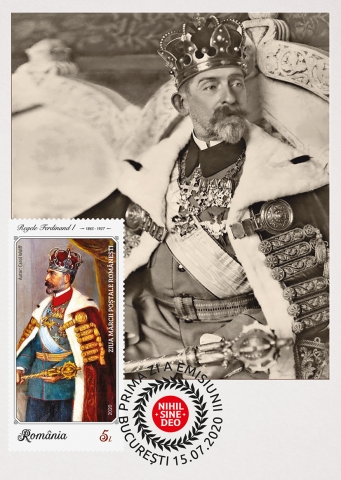 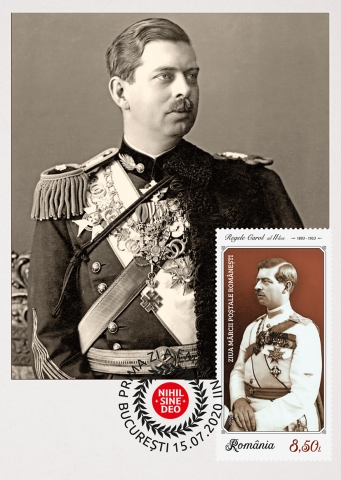 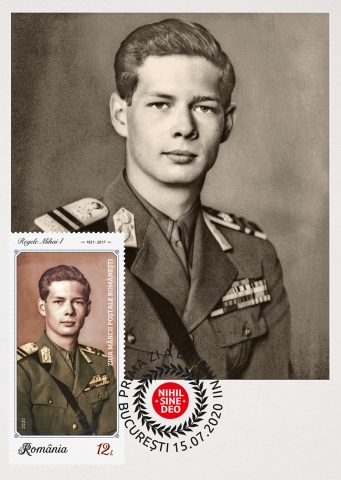 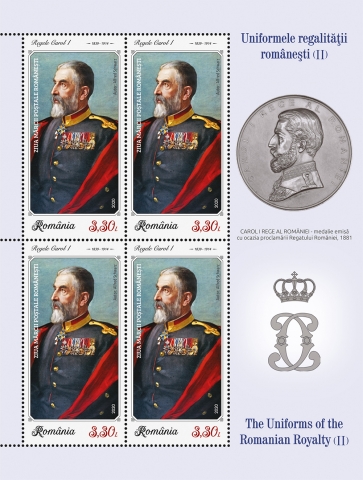 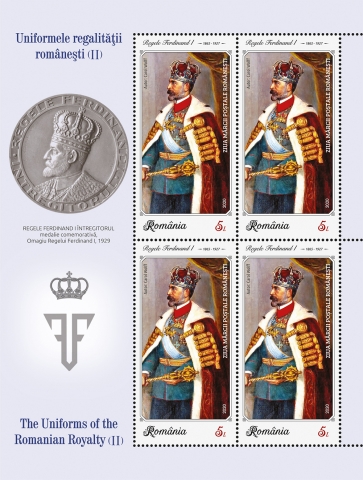 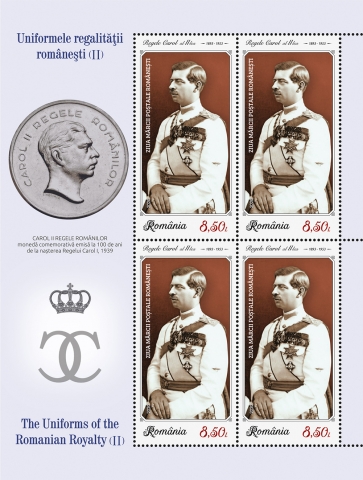 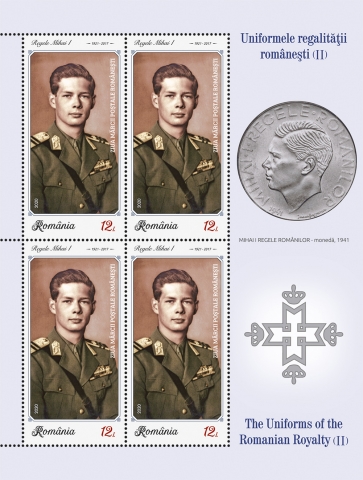 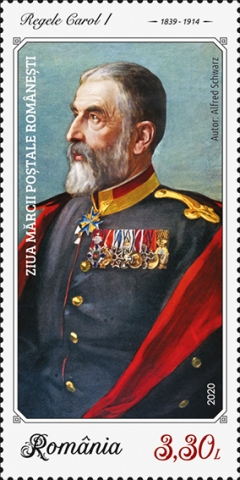 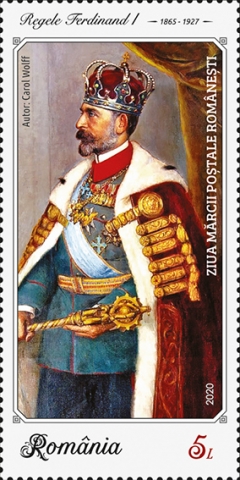 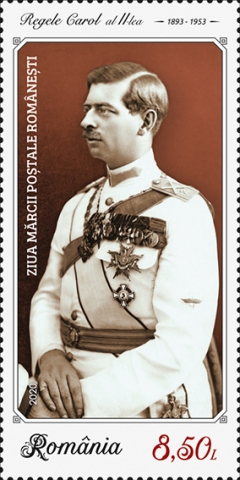 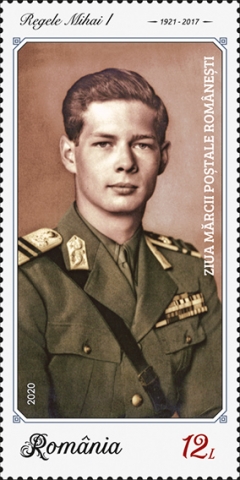 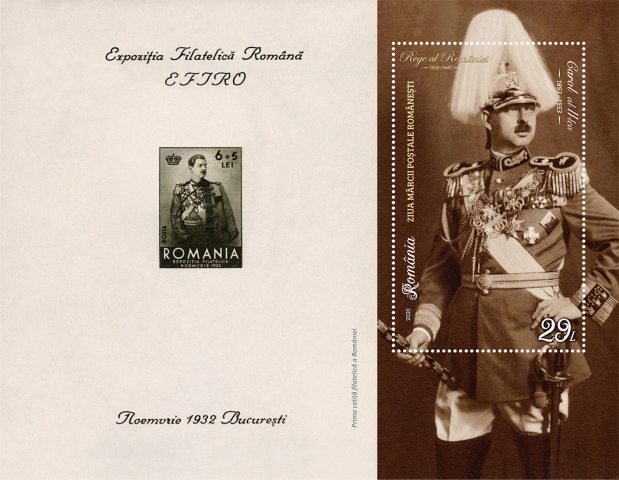