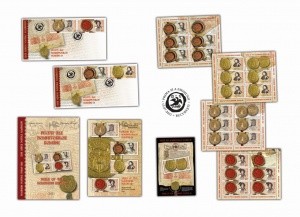 Continuing a theme initiated in the year 2019, Romfilatelia introduces into circulation, on Thursday, July 15th this year, the postage stamps issue Seals of the Romanian Rulers (II).

The documents drafted and written on paper or parchment, issued by the royal chancelleries of the Romanian Principalities, were validated, besides the holographic signatures, by the use of seals of different sizes. The royal seals usually applied in red wax took over the embossed elements of the seals and they themselves represented an object of study as they were protected in a wax scoop or in wooden or metal capsules.

The seals, elements that gave authenticity to the princely documents, show visible differences, if we refer to the royal courts of Moldavia and Wallachia. Thus, in Moldavia, the seal showed an aurochs’ head seen from the front with a star between the horns. In the chancelleries of Wallachia, the signets and seals had as a symbol the conturned cross-bearing eagle accompanied by the sun and the “new moon”.

The hanging seals that accompanied the documents of great importance issued in both Romanian territories were, generally, made of natural wax. But the most valuable category was represented by the metal seals which appeared at the middle of the 16th century. Known as sealing bulls or chrysobulls, they were of two types: simple metal capsules meant to protect the wax seal or real “golden bulls”, which had representations and inscriptions on the obverse and the reverse.

The four stamps of the series present wax seals and chrysobulls of some rulers of Wallachia from the 16th, 17th and 18th centuries: Petru Cercel, Radu Mihnea, Grigore I Ghica, and Constantin Brancoveanu. Each seal is accompanied by the portrait of the respective ruler, on the background being reproduced documents issued during the reigns of these Wallachian princes.

On the first stamp of the series, with the face value of Lei 1.40, is represented a chrysobull of Petru Cercel, from the collections of the National Museum of Romanian History, on the background being reproduced a document signed by this ruler, in the National Archives of Romania.

On the second stamp of the issue, with the face value of Lei 1.50, is illustrated a red wax seal of Radu Mihnea. He was a ruler of Wallachia for several times between 1601 and 1623 and he also occupied the throne of Moldavia for a short period of time, between 1616 and 1619 and between 1623 and 1626. The seal and the document in the background are found in the collection of the Romanian Academy.

On the third stamp of the series, with the face value of Lei 7, is represented a chrysobull of  Grigore I Ghica. He ruled Wallachia between 1660 and 1664 and between 1672 and 1673. The chrysobullaand the document in the background are found at the Romanian Academy.

On the fourth stamp of the issue, with the face value of Lei 19.50, is represented the seal of Constantin Brancoveanu. He was on the throne of Wallachia for a long period of reign (1688-1714). The seal and the document on which it is applied are found in the collection of the Romanian Academy.

On the imperforated souvenir sheet, with the face value of Lei 31.50, is represented (obverse and reverse) the chrysobulla of Grigore I Ghica, especially valuable, one of the few such objects extant in our country. It has on its obverse the text “Io, Gligorie Ghica, Voivode of the whole Wallachia in the year 7172” (1664), and on the reverse “This chrysobull was made by Io, Gligorie Ghica, Voivode, to the whole Athonite State and of 20 holy monasteries that are around the Holy Mount Athos in the year 7172” (1664).

The postage stamps issue “Seals of the Romanian Rulers (II)” will be available on Tuesday, July 15th 2021, in Romfilatelia’s shops network in Bucharest, Bacau, Brasov, Cluj-Napoca, Iasi and Timisoara and online on https://romfilatelia.ro/store/. 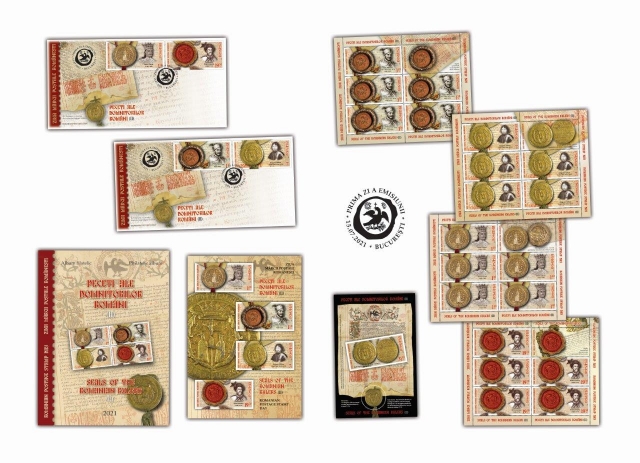 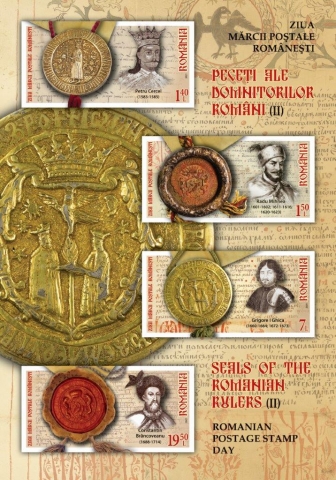 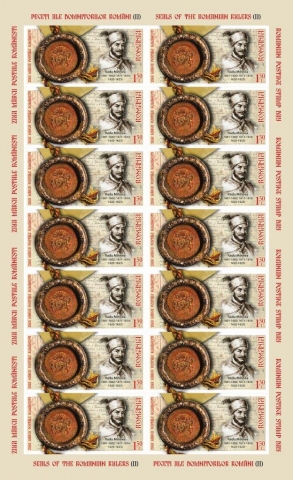 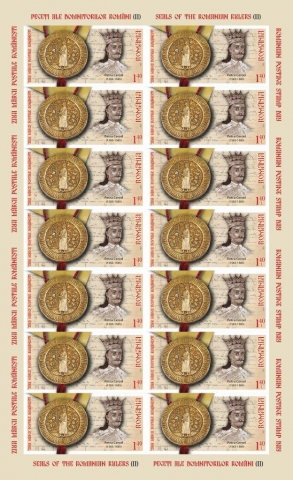 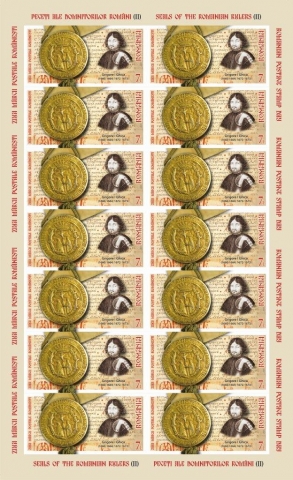 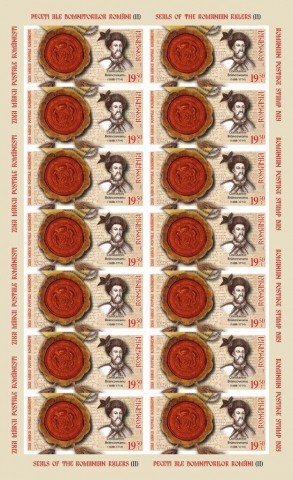 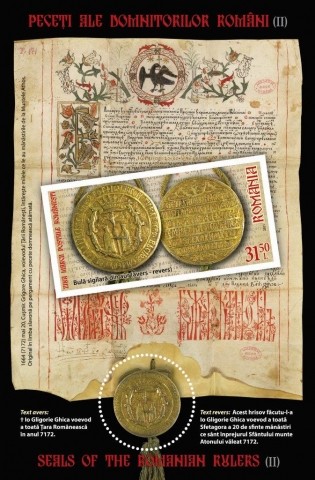 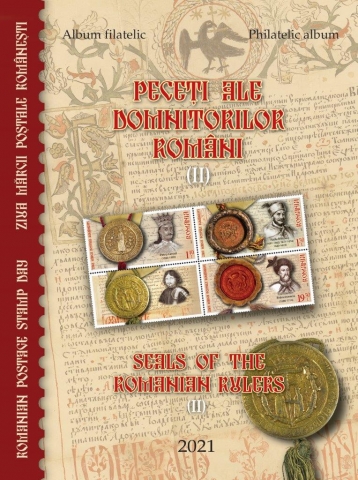 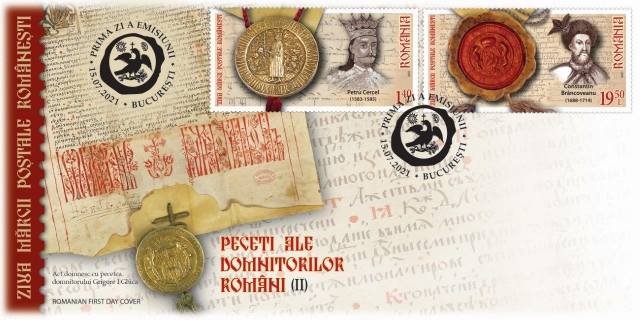 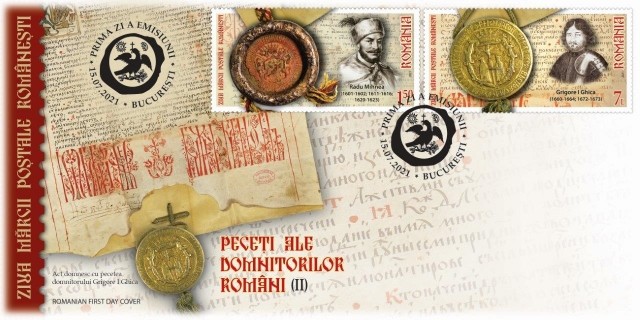 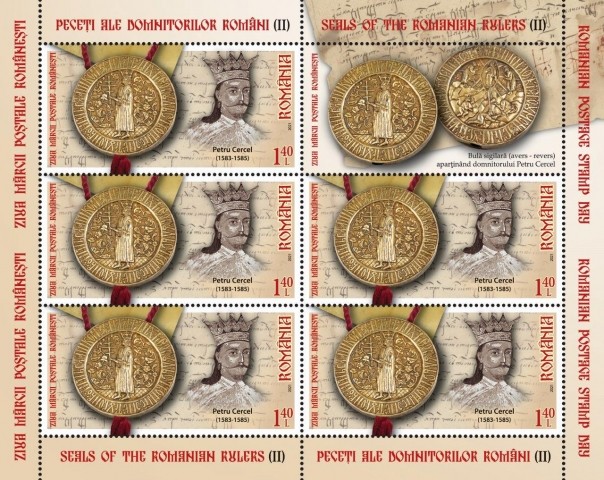 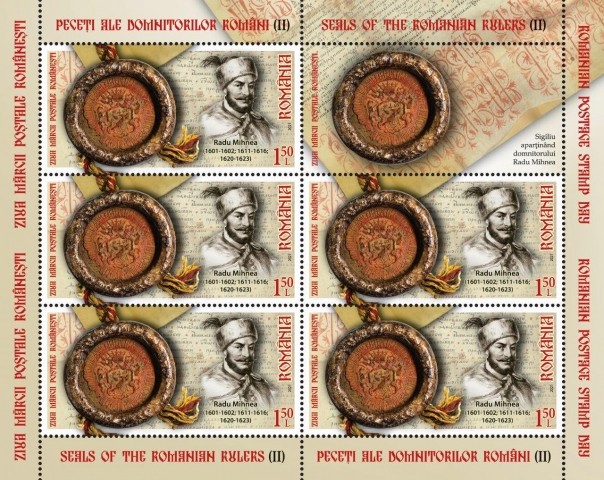 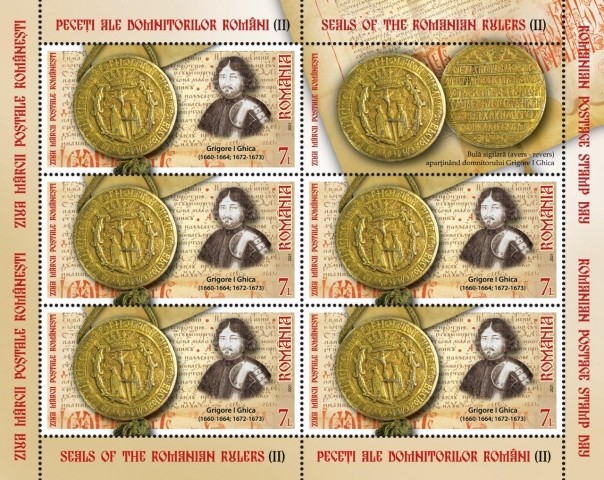 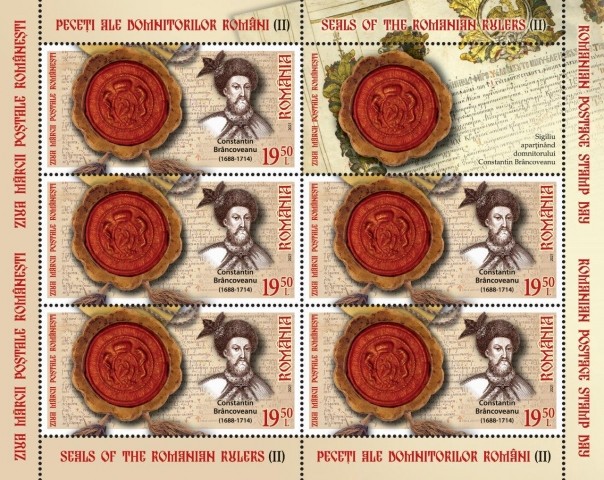 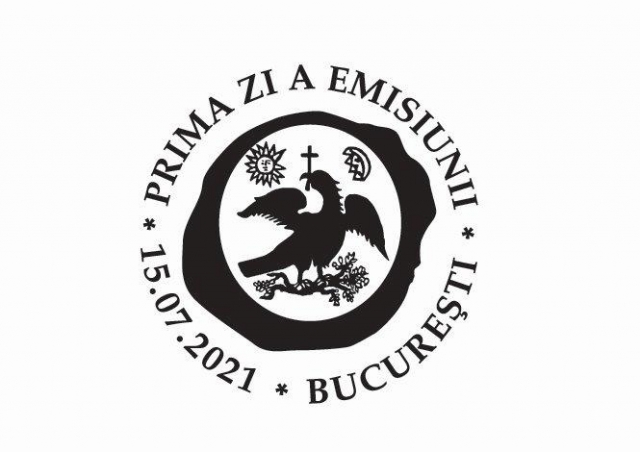 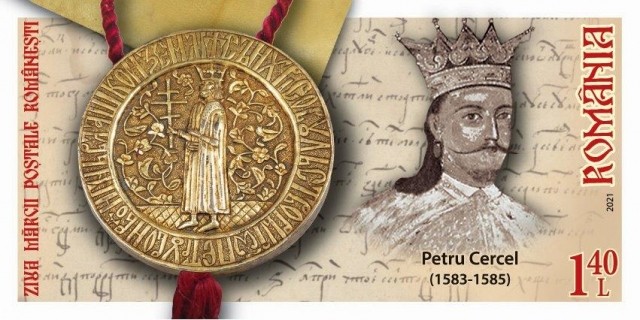 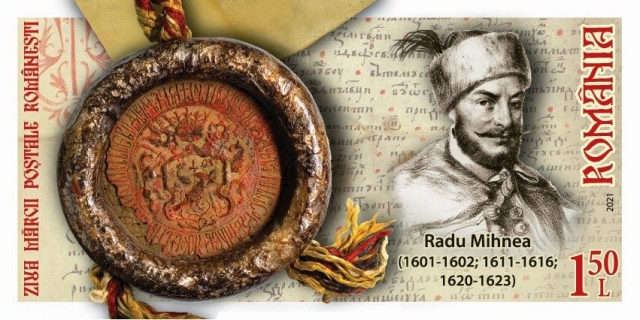 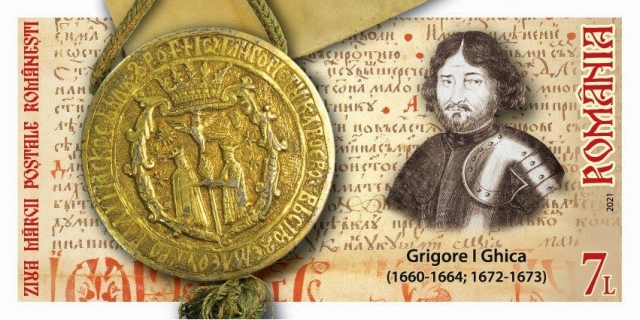 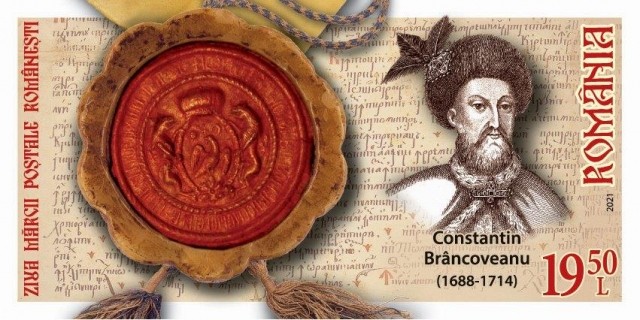