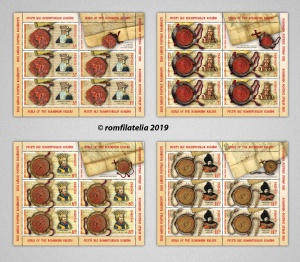 The stamp that has a the face value of Lei 3.10 reproduces the seal of Ruler Alexander the Good. He became the ruler of Moldavia with the strong support of Mircea the Elder. His reign was a peaceful one in an epoch when Moldavia had the largest area with stable borders and high economic prosperity.

The seal of Ruler Stephen the Great is shown on the stamp having the face value of Lei 7.
An exceptional ruler, he stood out as a politician and excellent diplomat, a great army commander, strategist, unifier, a supporter of culture, an important builder of monuments, the re-founder of Moldavia, a symbol of Romanians’ fight for independence and a defender of Christianity.

The stamp that has a face value of Lei 11.50 depicts Vasile Lupu’s seal. He is known for having built the exceptional Trei Ierarhi church from Iasi, which has become not only a religious settlement but also a famous cultural centre. The solidity of this edifice given by the minutely processed stone and marble, undoubtedly prove this prince’s ambition to remain in the memory of his succesors. 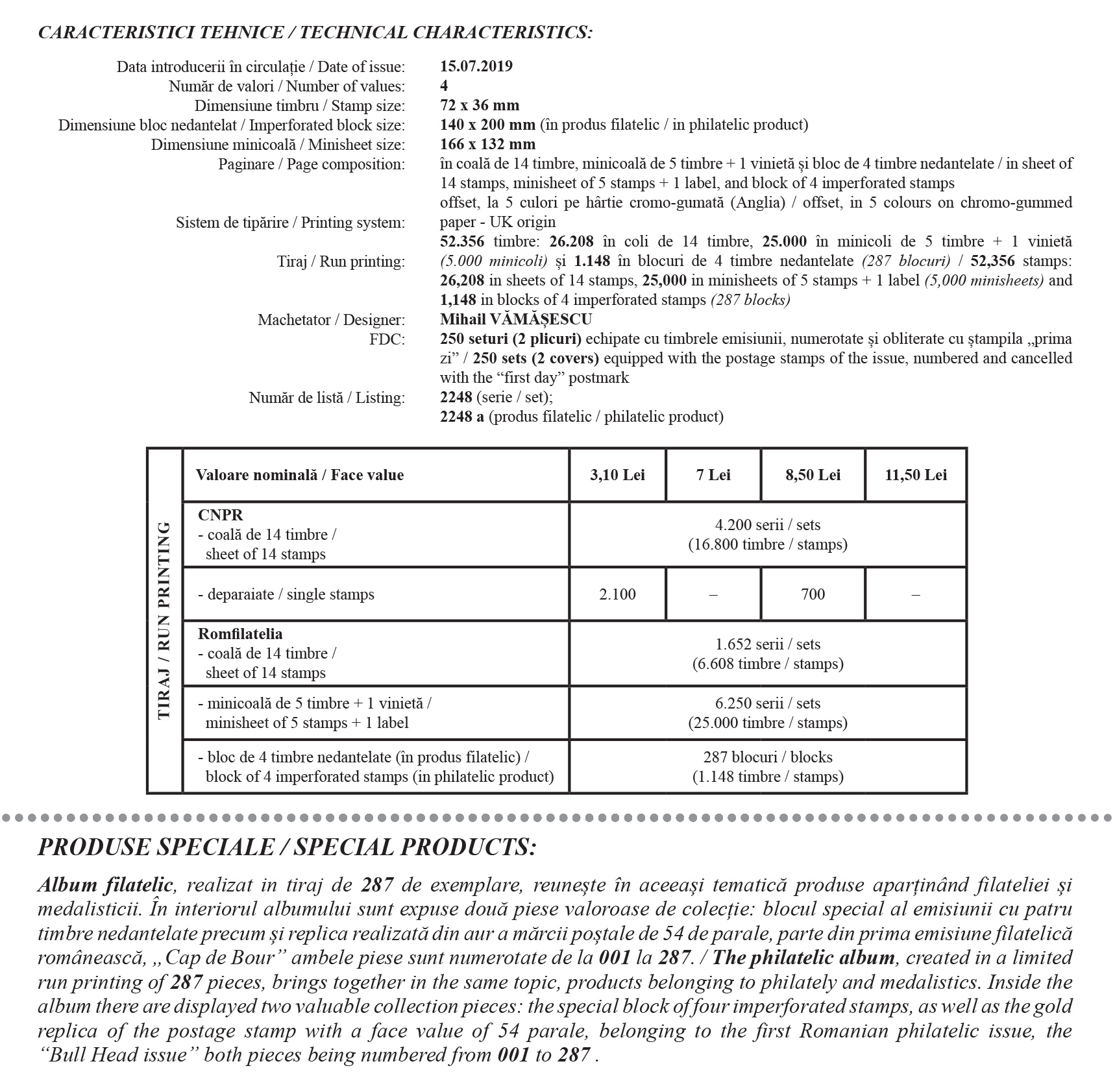