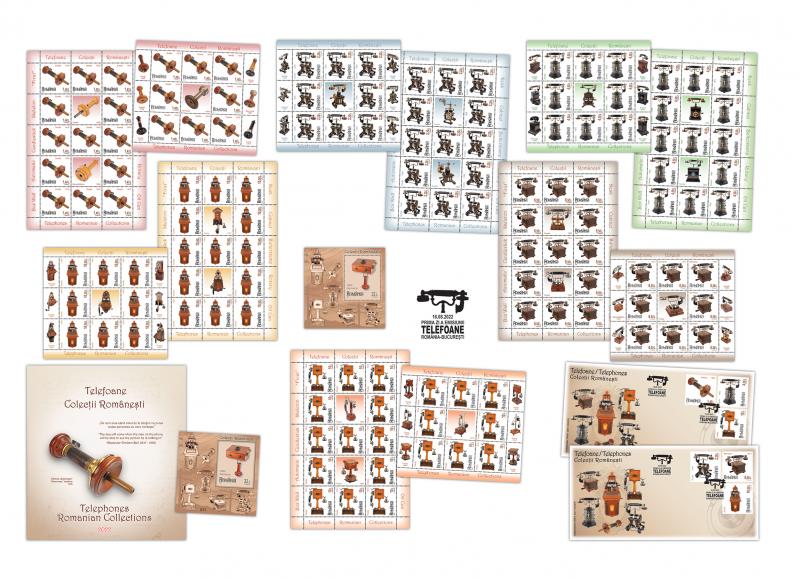 In homage to the inventor of the telephone, Romfilatelia continues the series of postal stamps issues Romanian Collections, with the theme Telephones.

Indispensable today, the telephone needed an inventor, engineer and scientist to continue his grandfather’s and father’s passions for for phonetics, speech technique and the human voice. This year marks 100 years since the death of Alexander Graham Bell, the one who received the first patent for the invention of the telephone in 1876.

The Butterstamp telephone, depicted on the stamp with the face value of Lei 1.40, is an extremely rare one and is among the first telephone models produced. This telephone model was created in 1878, in the city of Stockholm in Sweden.

The desk or office telephone known as Tunnan (Barrel), illustrated on the stamp with the face value of Lei 2.20, was produced in 1898, by A.B. Telefonfrabriken, in Stockholm, Sweden.

The Coffee grinder desk telephone is represented on the stamp with the face value of Lei 4.50. It was produced in 1895, Sweden, by L.M. Ericsson and the nickname was given because it resembled the famous Peugeot grinder model, popular at that time.

The desk telephone with Art Nouveau design, reproducted on the stamp with the face value of Lei 6.50, was produced in 1914, Germany. The telephone has a walnut base and cover, metal body, inductor coil made of three parts and is operated by a rotary lever.

The Grammont desk telephone, with the “EURIEULT” type 10 system, is illustrated on the stamp with the face value of Lei 10. This telephone with a mahogany case and an ebonite base.

On the souvenir sheet, having the stamp with the face value of Lei 32, is the Crossley Patent wall telephone, produced in 1880, model no. 1115. It has a wooden diaphragm microphone and 4 carbon pencils.

The philatelic issue will be available starting Tuesday, 16th of August, in Romfilatelia’s shops network in Bucharest, Bacau, Brasov, Cluj-Napoca, Iasi and Timisoara and online on https://romfilatelia.ro/store/. 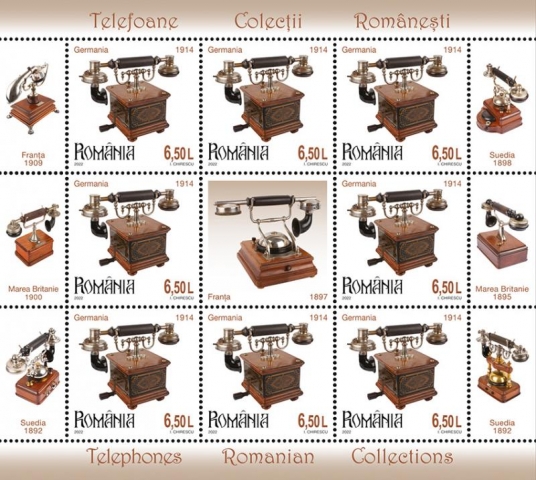 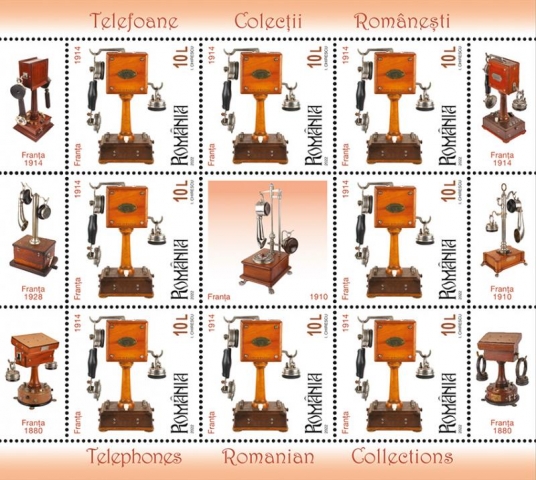 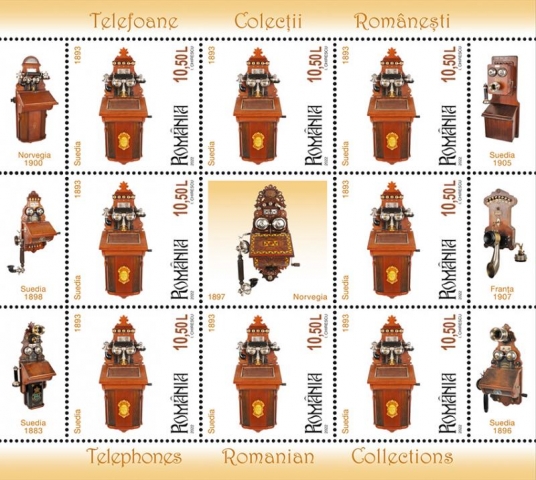 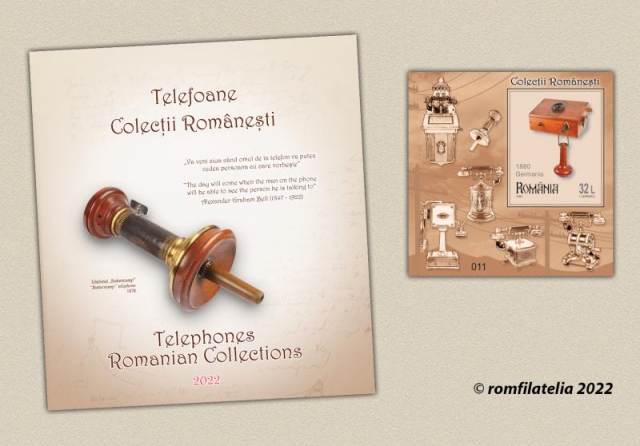 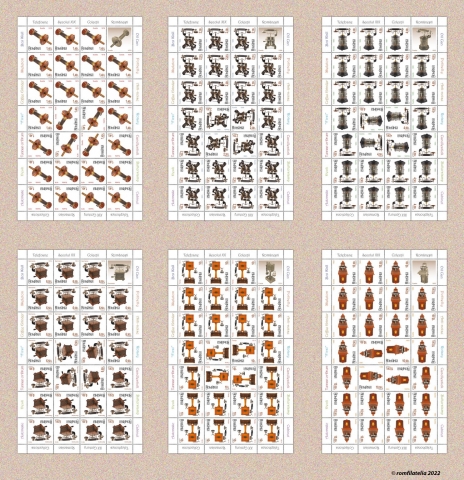 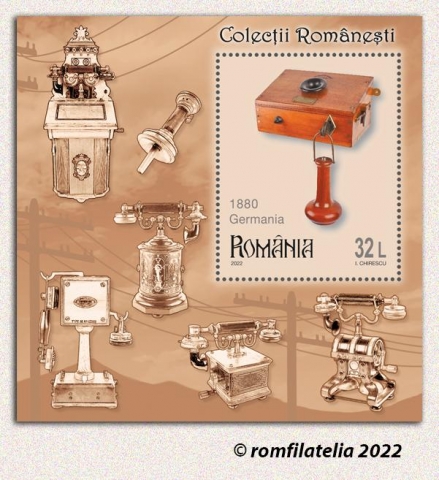 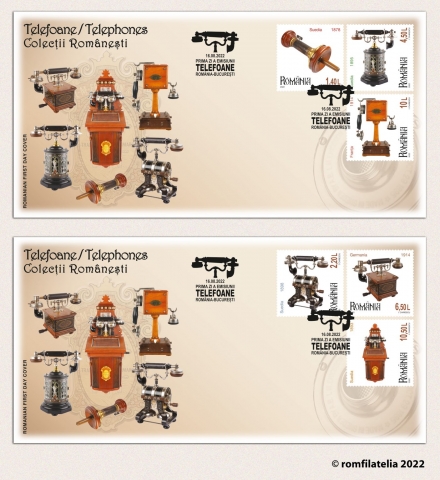 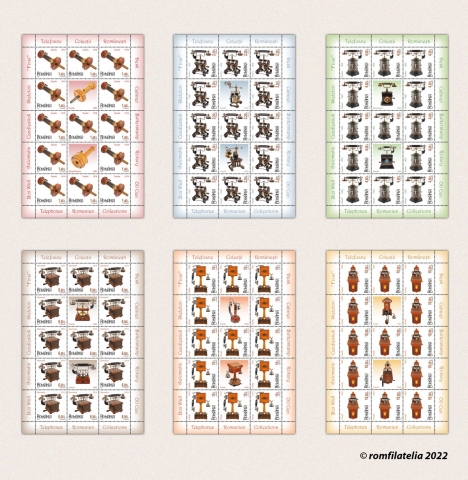 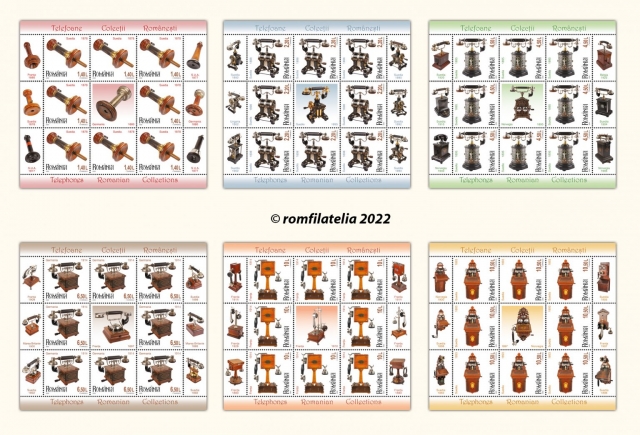 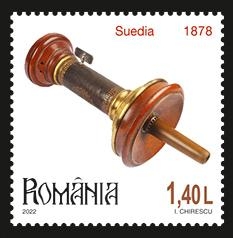 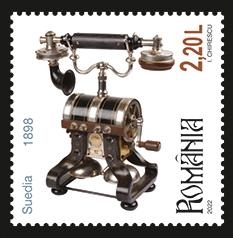 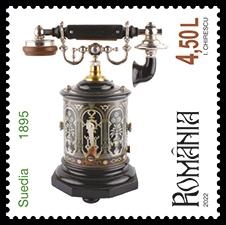 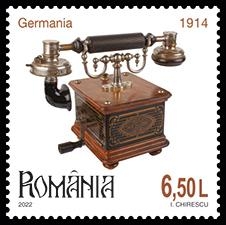 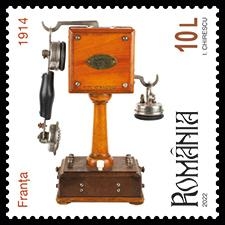 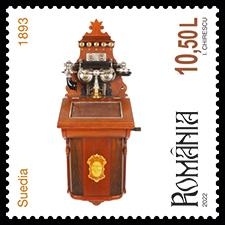 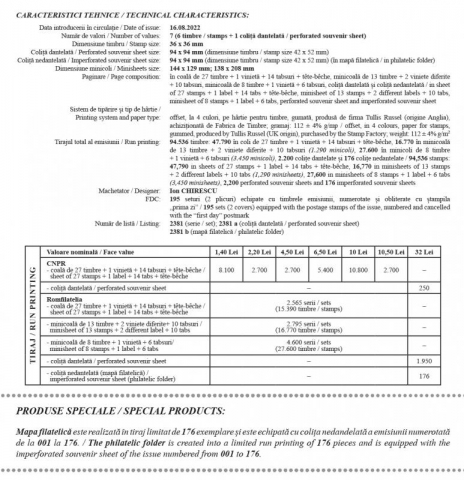 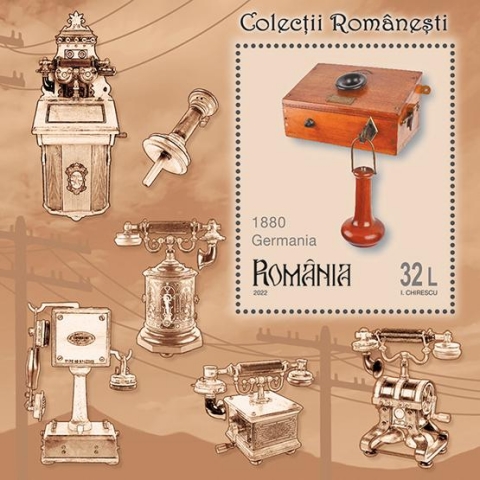 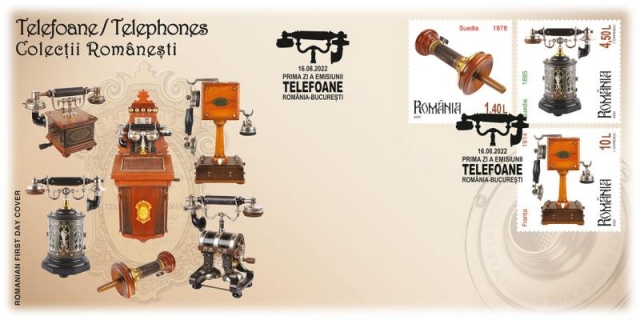 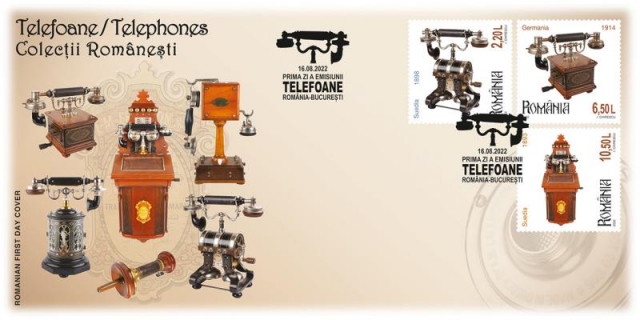 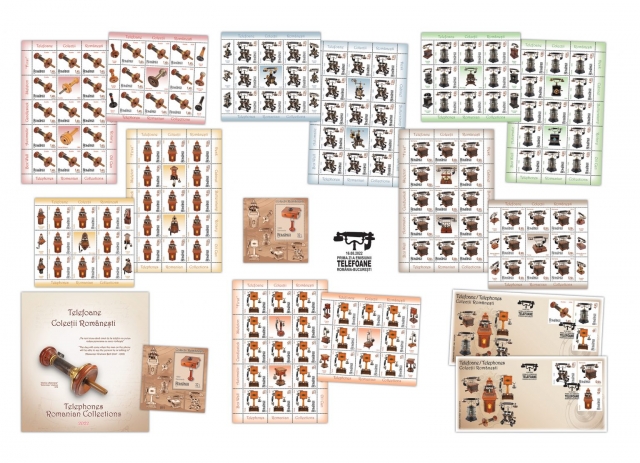 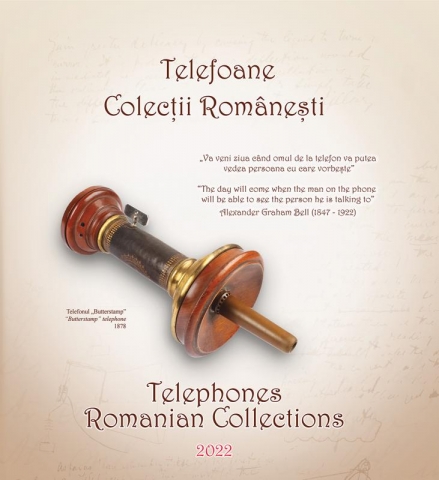 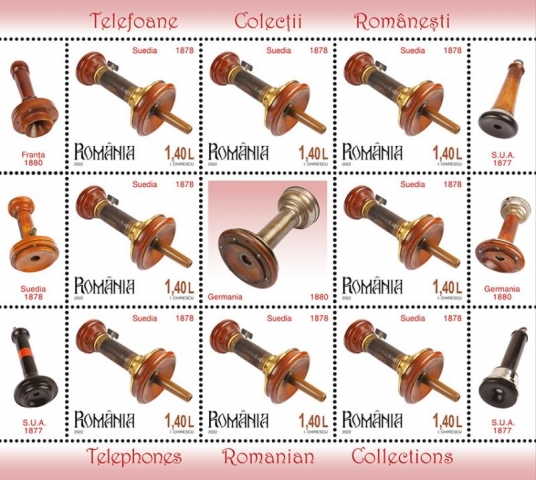 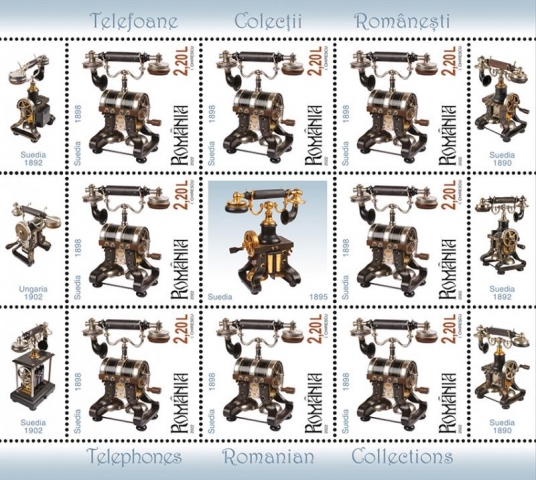 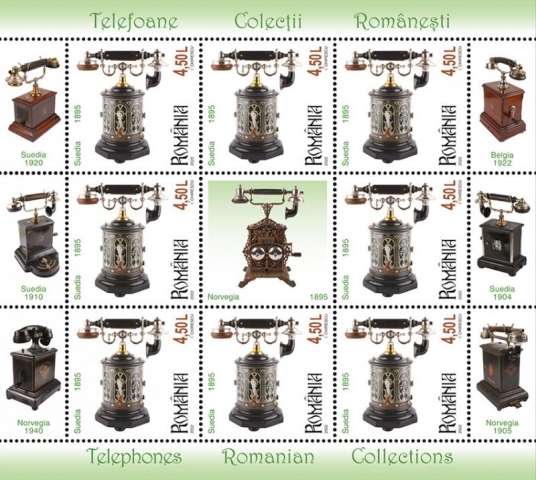