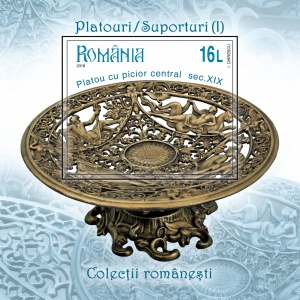 Romfilatelia continues the series of Romanian Collections postage stamp issues, this time with topic Plateaus / Trivets (I). The issue consists of six stamps and an imperforated souvenir sheet, on which trivets, a generic name designating the stands with more than three legs, as well as those with one leg and one base, from the 19th-20th centuries are represented. These exhibits belonging to a prestigious collection from Bucharest, the greatest in the world, certified by Guiness World Records, in 2016.

The new issue will be available on Thursday, March 29th, 2018,  in Romfilatelia’ own shops network in Bucharest, Bacau, Brașov, Cluj-Napoca, Iași and Timișoara and online on https://romfilatelia.ro/store/.

Trivets represent those objects that are used to protect surfaces against damages caused by heat, their denomination came from the number of legs, most of them having three. In the beginning, when trivets were used for cooking on open fire, the three legs provided stability on an uneven terrain. Instead, the presence of four or more legs, as well as a single base with one leg, required an straight surface in order, for the object placed on the trivet stay firm and stable.

Depending on the period in which they were used, the role of trivets differed. When cooking evolved from the open space into the enclosed space, trivets were no longer used to prepare food directly on fire, but to protect tables or any other surface from burns, caused by hot objects.

On the stamp with the face value of Lei 2.20, a pressing iron support is represented.

The pressing iron protection is illustrated on the stamp with the face value of Lei 2.50.

The ornamental plateau is represented on the stamp with the face value of Lei 2.70.

The support with grate is reproduced on the stamp with the face value of Lei 3.50.

The plateau with floral motif is illustrated on the stamp with the face value of Lei 4.00.

The philatelic album is created into a limited edition of 210 pcs. and is equipped with the imperforated souvenir sheet of the issue, having an illustrated attachment with graphic elements in gold foiling, and the set of two First Day Covers with the “first day” postmark clearly imprinted in gold foiling. Each element is numbered from 001 to 210. 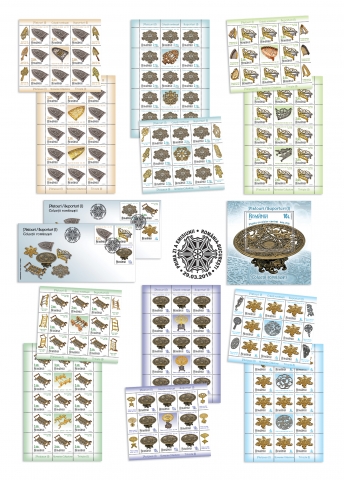 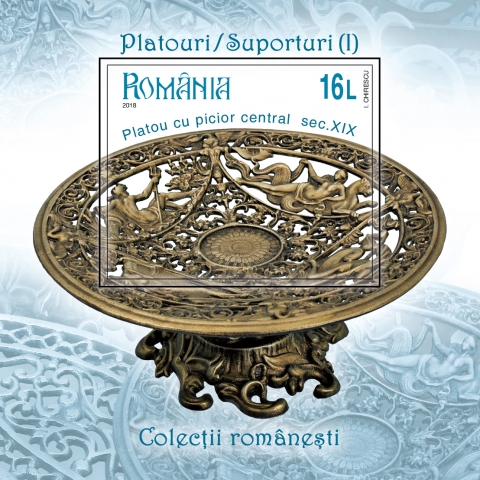 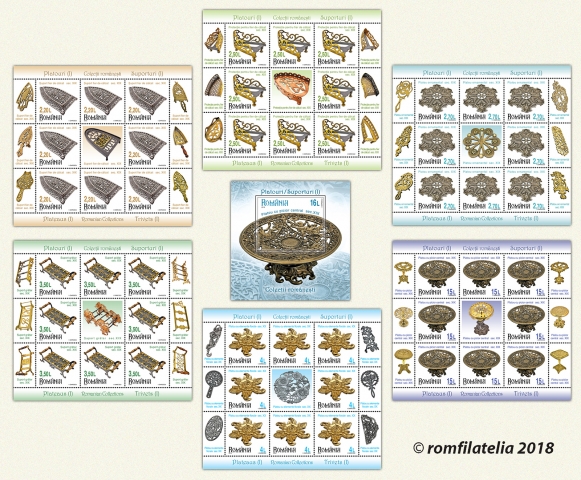 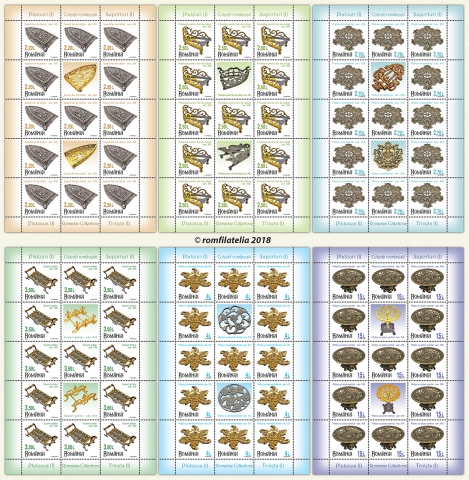 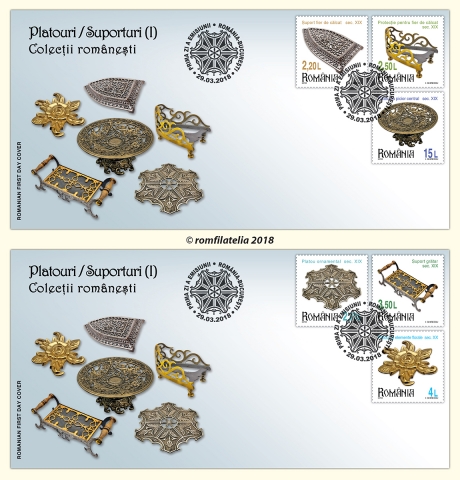 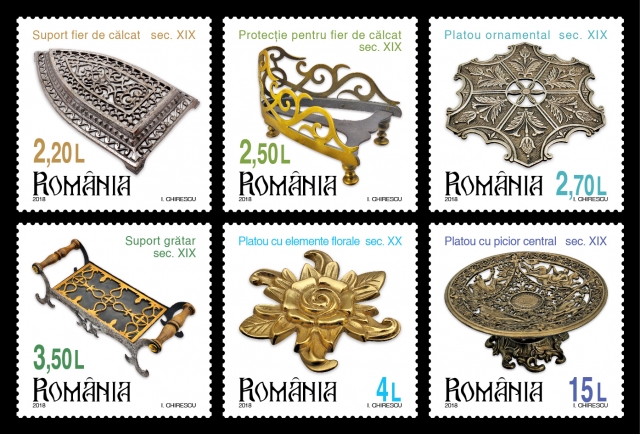