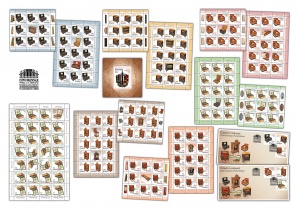 Music boxes appeared in Switzerland and were originally made by watchmakers. Towards the end of the 18th century, the Swiss watchmaker Antoine Favre used the principle of tuned metal slats and introduced them in a watch. Shortly afterwards, they would form music boxes, created independently of clocks. There were also several music boxes that performed several functions. For example, there were boxes that, in addition to the short melodic piece, hid cigarettes. At the push of a button, the song started and the doors in which the cigarettes were stored opened, remained open for a few seconds and then closed as the song stopped.

On the postage stamp with the face value of Lei 1.70 is illustrated a drum music box.

This coin-operated music box, of impressive size, capable of producing a loud and clear sound, has been designed for public and crowded spaces. Created by the German company Kalliope in 1900, this music box could be placed in hotels, restaurants or even train stations.

On the postage stamp with the face value of Lei 5 is represented a Kalliope disc music box.

For this type of music box, the sound was no longer recorded on a pin cylinder, but on a punched disc. These perforations were the ones that drove the metal comb, producing the sound. The advantage of these music boxes was that the songs could be changed much easier than those with a cylinder, as the discs could be replaced without requiring complex procedures. This music box was produced by Kalliope Company, in Germany, around 1905. In addition to the music box engine and sound production mechanisms, the box was decorated with an image of a house on the riverbank.

On the perforated souvenir sheet with the face value of Lei 29 is rendered a cigarette dispenser music box named Carousel Napoleon III, produced in France, around 1890. This music box was in vogue in the 1920’s, being a fun way to give cigarettes to friends while listening to a short piece of music at the same time. 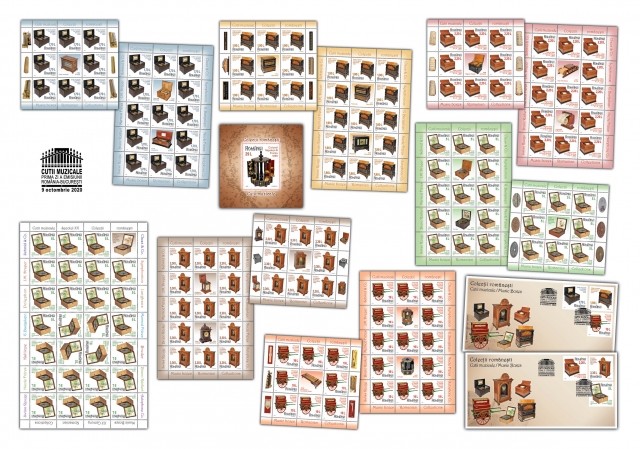 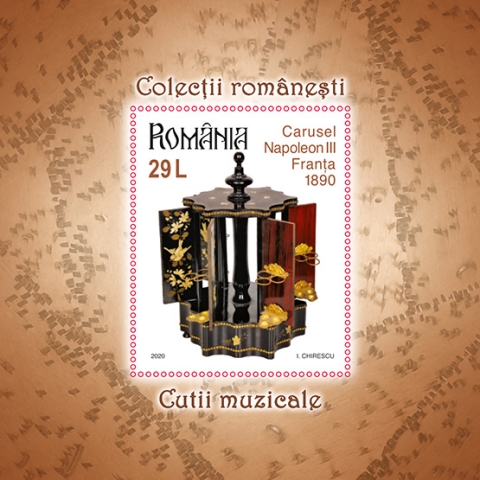 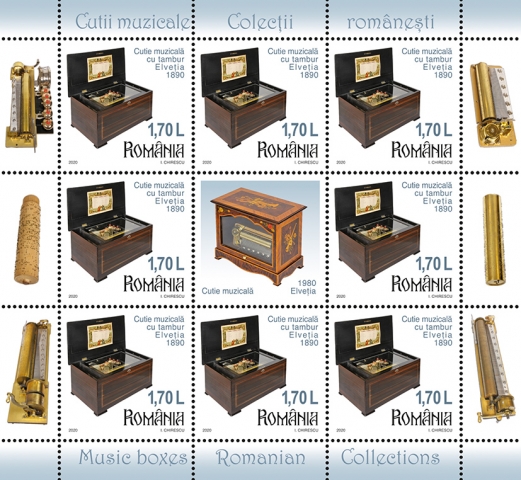 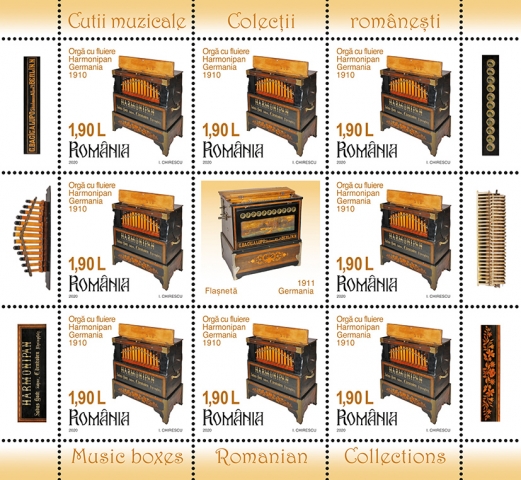 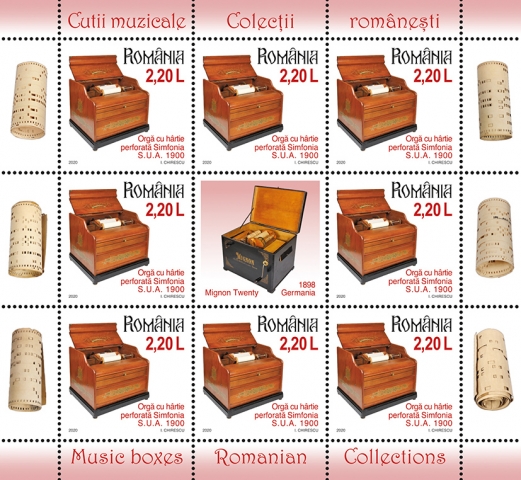 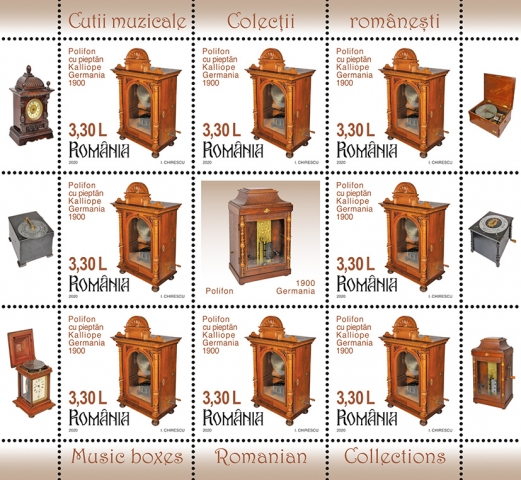 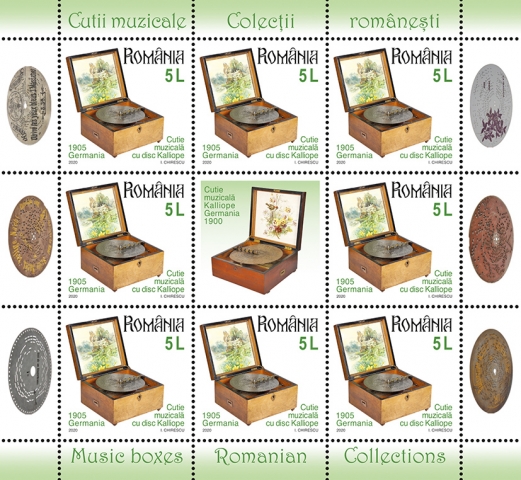 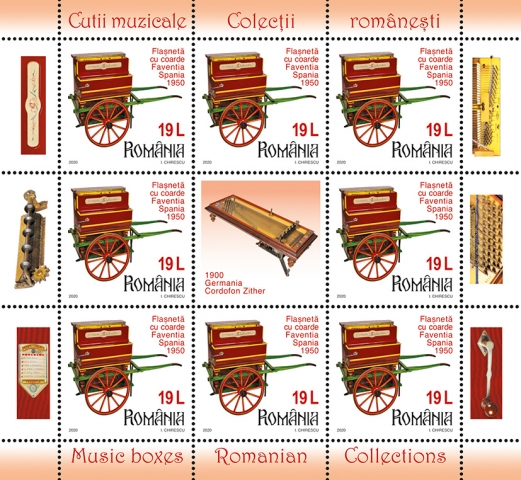 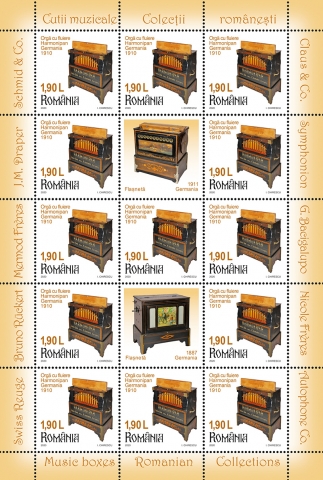 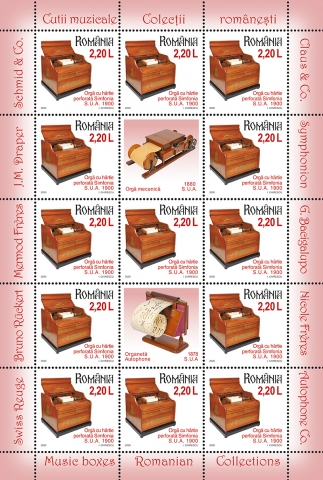 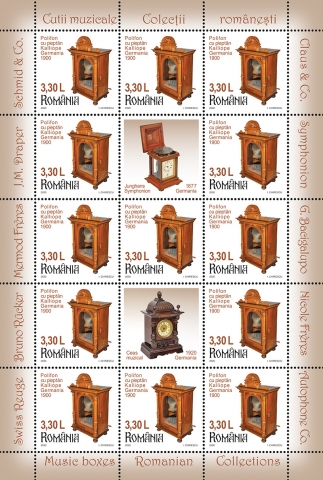 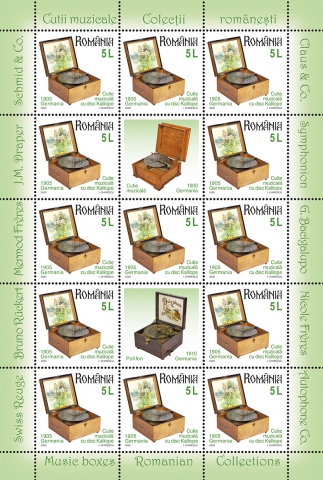 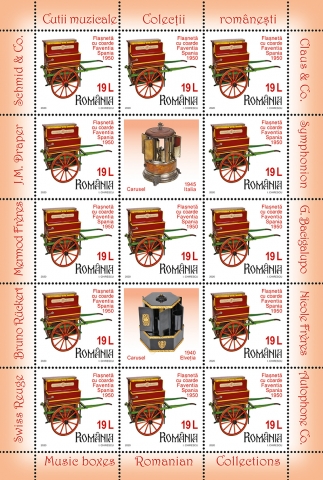 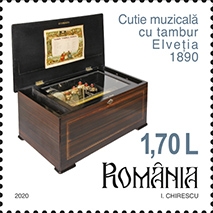 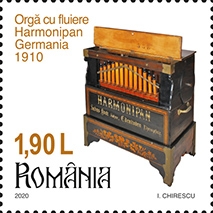 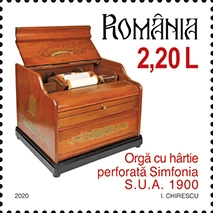 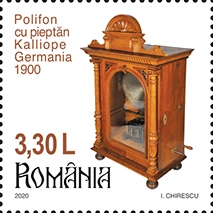 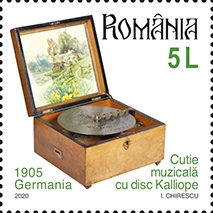 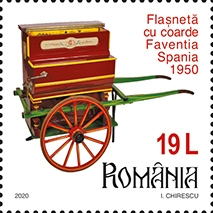 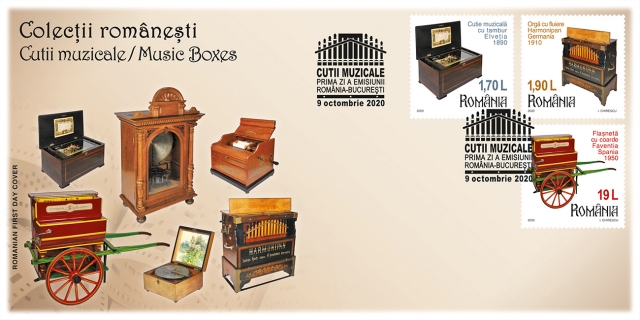 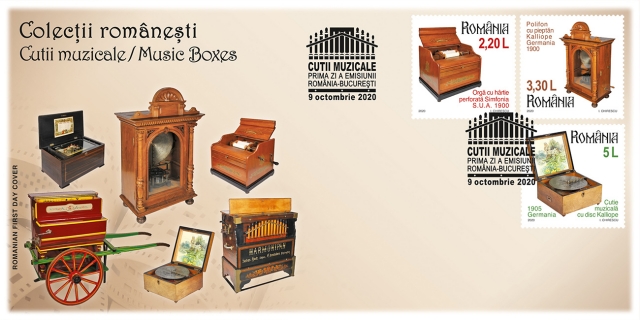