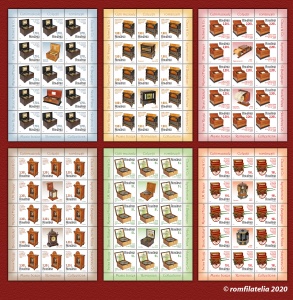 Music boxes appeared in Switzerland and were originally made by watchmakers. Towards the end of the 18th century, the Swiss watchmaker Antoine Favre used the principle of tuned metal slats and introduced them in a watch. Shortly afterwards, they would form music boxes, created independently of clocks.

However, there were also music boxes or mechanical pianos in which the notes were produced according to a script arranged on a paper roll. With the help of the lever on the side of the box, the air was sucked through certain holes that the perforations of the paper roll exposed in a certain order.

Other music boxes also made sound with the help of air, but it was pushed through whistles. The side lever had to be rotated at a constant speed, and the air reached a bellows, which in turn pushed it toward the whistles. The same lever rotated a wooden cylinder provided with pins that opened or closed access to the whistles, creating notes and controlling their duration.

In the heyday of music boxes, they even came to be used in public spaces, not just in people’s homes. Thus, they were located in populated places, often crowded, such as hotels, restaurants, amusement parks or train stations. The sizes of such music boxes were impressive, as they had to be large to amplify the sound as much as possible and to be able to cover people’s voices and hustle and bustle.

There were also several music boxes that performed several functions. For example, there were boxes that, in addition to the short melodic piece, hid cigarettes. At the push of a button, the song started and the doors in which the cigarettes were stored opened, remained open for a few seconds and then closed as the song stopped.

Music boxes delighted people until the outbreak of World War I. The appearance and rapid rise of the phonograph and the gramophone, as well as the appearance of the radio a little later, contributed to their decline.

On the postage stamp with the face value of Lei 1.70 is illustrated a drum music box .

This coin-operated music box, of impressive size, capable of producing a loud and clear sound, has been designed for public and crowded spaces. Created by the German company Kalliope in 1900, this music box could be placed in hotels, restaurants or even train stations. People eager to listen to some music to spend their time in a pleasant way inserted a coin into the side of the box, and the disc spun twice. The box used the same type of disc, with perforations, but larger. The whole machine also played the role of a sounding board, amplifying the sound to cover people’s voices or noises in public spaces.

On the postage stamp with the face value of Lei 5 is represented a Kalliope disc music box. For this type of music box, the sound was no longer recorded on a pin cylinder, but on a punched disc. These perforations were the ones that drove the metal comb, producing the sound. The advantage of these music boxes was that the songs could be changed much easier than those with a cylinder, as the discs could be replaced without requiring complex procedures. This music box was produced by Kalliope Company, in Germany, around 1905. In addition to the music box engine and sound production mechanisms, the box was decorated with an image of a house on the river bank.

On the perforated souvenir sheet with the face value of Lei 29 is rendered a cigarette dispenser music box named Carousel Napoleon III, produced in France, around 1890.

This music box was in vogue in the 1920’s, being a fun way to give cigarettes to friends while listening to a short piece of music at the same time. The mechanism that triggered this box started the song, as well as the rotation of the doors in which the cigarettes were put. The song start and stop time was carefully synchronized with the opening and closing of the doors. The piece was decorated with birds and flowers and represented an elegant office item, with a practical function, but also with an aesthetic role. 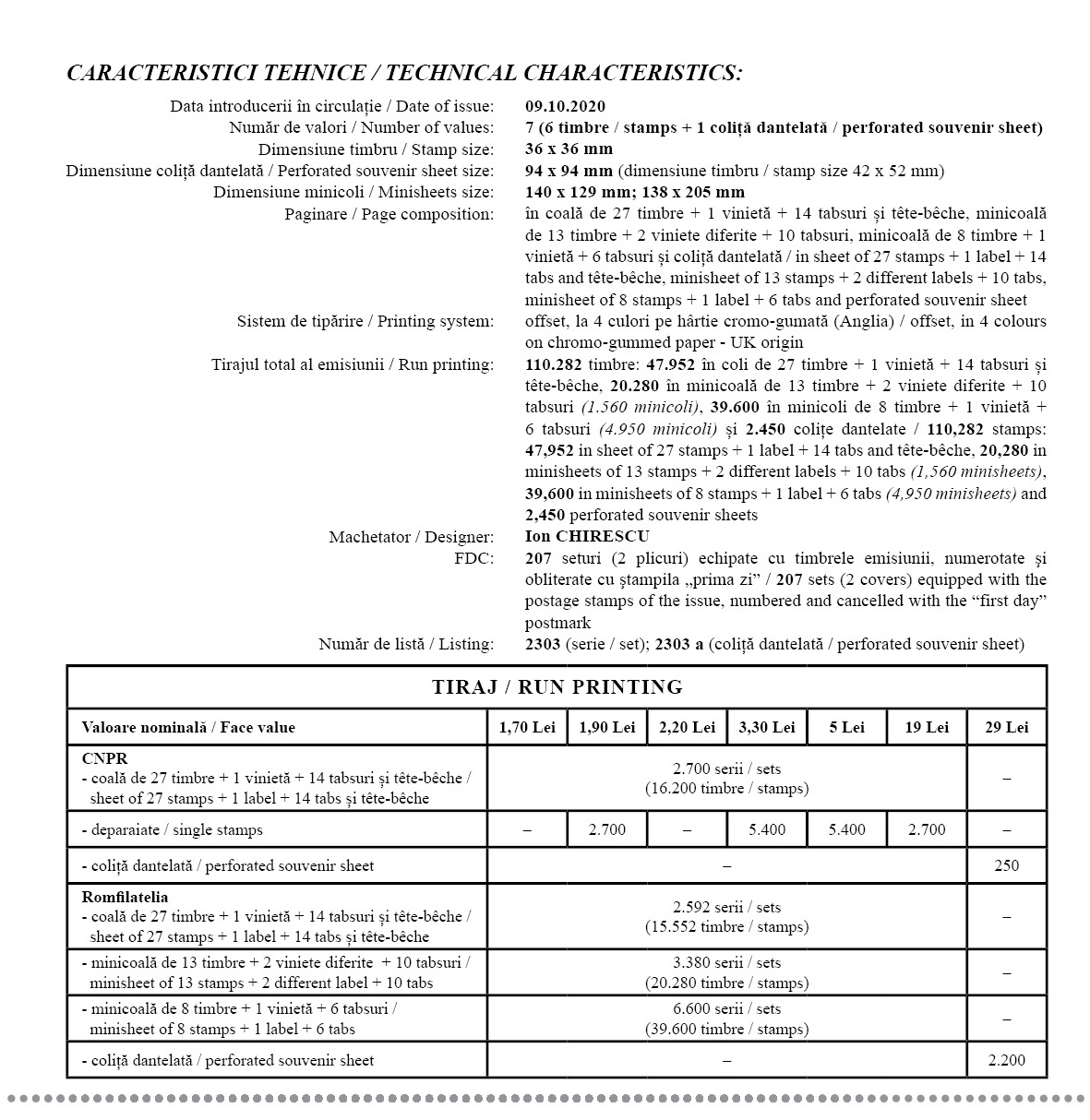