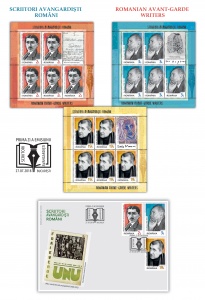 Romfilatelia dedicates the postage stamp issue called Romanian avant-garde writers, to some outstanding representatives of the Romanian literature, whose works fall into the avant-garde movement from the beginning of the 20th century.

The stamps of the issue illustrate three of the Romanian writers, promoters of the avant-garde literature: Demetru Dem. Demetrescu-Buzau (Urmuz), Geo Bogza and Gellu Naum.

The avant-garde literary movements, actions that express themselves through a spirit of violent negation over established forms of art, proposing new artistic structures to the detriment of the traditional ones, that were considered obsolete, emerged in Europe at the beginning of the 20th century. The Romanian avant-garde differs from the European one through its wide opening, the elimination of nihilism taken to the extreme, the synthesis of all modern artistic forms, according to its own dialectics. Of all the avant-garde movements, Dadaism, Expressionism, Futurism and Surrealism are manifested in the field of literature, the other movements being specific to fine arts.

The first avant-garde magazine in Romania was the Contimporanul (The Contemporary) led by Ion Vinea, followed by the magazines Punct (Dot), Integral (Whole), UNU (ONE) and Alge (Algae).

Demetru Dem. Demetrescu-Buzau (1883-1923), known as Urmuz, a pseudonym chosen and publicly imposed by Tudor Arghezi, is represented on the stamp with the face value of Lei 2. UNU magazine, the most important avant-garde publication, led by Sasa Pana, brings out the work of Urmuz, the first Romanian author who, feeling the crisis of language, promoted a literature with absurd, illogical elements, but not in the violent form of European Dadaism, but using a classical form.

Geo Bogza (1908-1993), a Romanian writer, journalist, poet, avant-garde theorist and one of Urmuz’s disciples, acted as a follower of avant-garde since his literary beginnings, assuming his own creation from the perspective of intense, authentic life experience, but also in terms of some new and real experiences. Editor of Urmuz magazine and collaborator of Bilete de papagal (Parrot Tables) and UNU magazines, Geo Bogza approached the reportage, the literary genre that brought him fame.

Gellu Naum (1915-2001), poet, prose writer, playwright and translator, is represented on the stamp with the face value of Lei 19. He is considered to be the most important surrealist Romanian and one the last major representative of this current in Europe. In 1941, together with Gherasim Luca,
Dolfi Trost, Virgil Teodorescu and Paul Păun, establish the Romanian surrealist group that has a particularly intense activity between 1945-1947.

The new issue will be available on Friday, July 27th, 2018, in Romfilatelia’ own shops network in Bucharest, Bacau, Brașov, Cluj-Napoca, Iași and Timișoara and online on https://romfilatelia.ro/store/. The postage stamp issue is completed by a First Day Cover, as page composition there were used a sheet of 32 stamps and a minisheet of 5 stamps + 1 label. 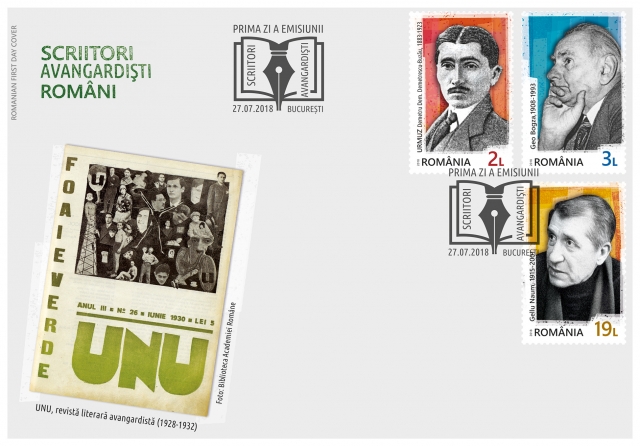 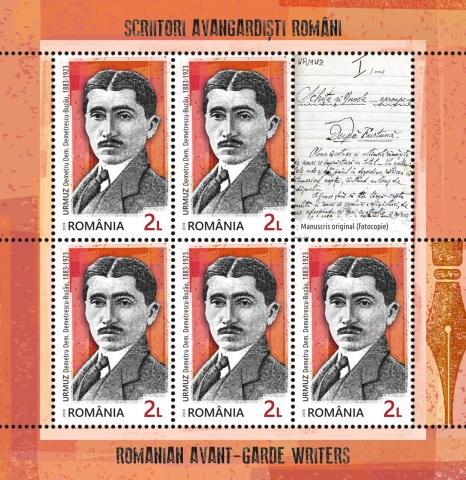 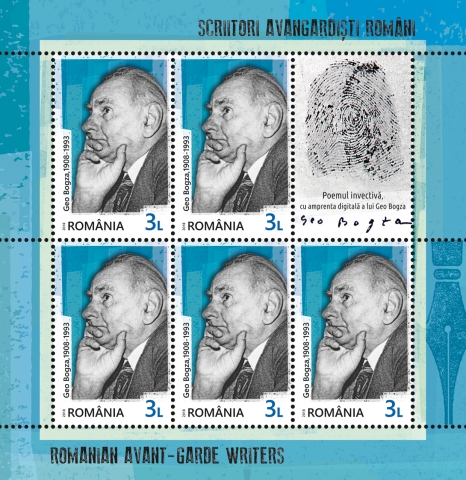 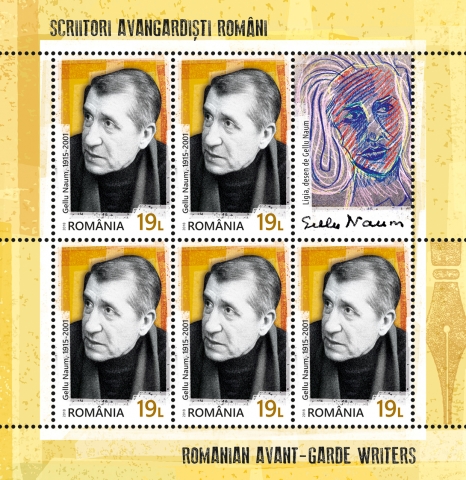 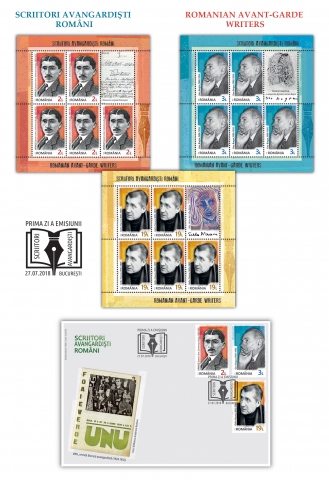 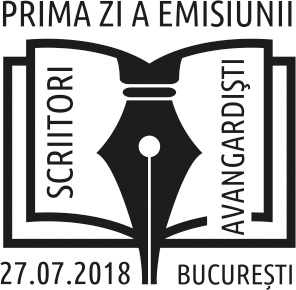 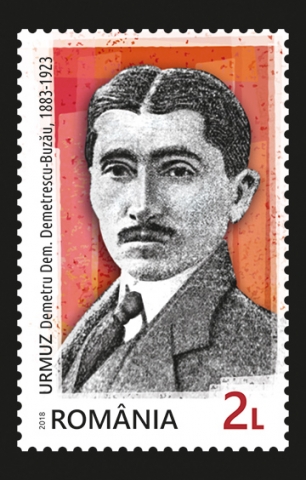 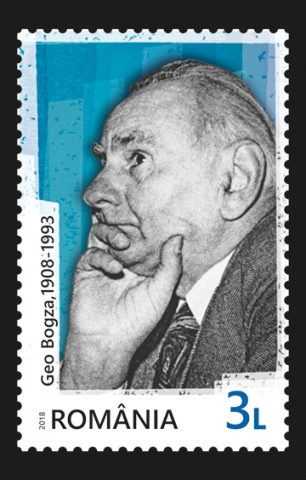 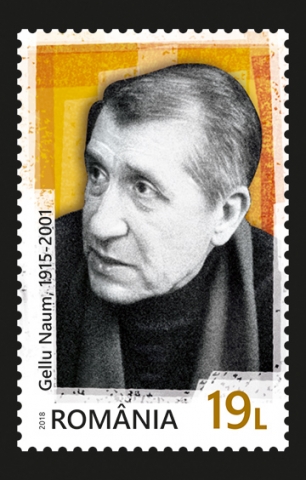