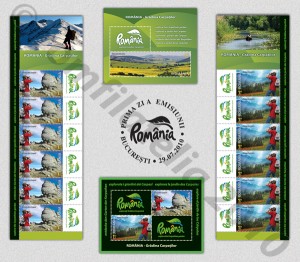 With a rich history, the present Romanian territory offers the tourist the possibility to discover one of the richest and ancient proof of spirituality, traditions, continuity and authentic culture.

The East of the Meridional Carpathians gives the opportunity to meet the Sphinx of Bucegi, as old as time, while the West side of the same mountains preserves one of the biggest and beautiful nature reservation in Europe, the Retezat National Park.

There, where the Danube River gets close to the Black Sea, you can have a walk on the numerous canals of the largest delta of the continent, the magnificent Danube Delta.

Romania is the place where you can find out about the Legend of Master Manole, the builder of one of the most beautiful orthodox churches, namely Curtea de Arges Monastery and where one can also meet the Endless Column conceived and created by the universal genius, Constantin Brancusi.

Romania is the country of the famous Maramures Wooden Churches and of the unique Merry Cemetery in the world, the one in Sapanta, but it is also the country of countless historical monuments whose singularity amazes all visitors.

The Romanian popular creation is famous on all continents of the world for its diversity and distinctiveness, represented especially by the popular ceramics and by the beauty of the Romanian rugs.

Enduring through love and suffering, Romania preserved itself for millennia, like a miracle, in this mioritical area, belonging to the ancient Europe since ever.

The postage stamps issue Romania – the Carpathian Garden, which Romfilatelia introduces into circulation, is dedicated to the launching of Romania’s touristic brand.

We would like to thank the Ministry of Regional Development and Tourism and to the photographers Victor Bortas, Eugen Petrescu and Eduard Despinoiu for the support granted in the accomplishment of this postage stamps issue. 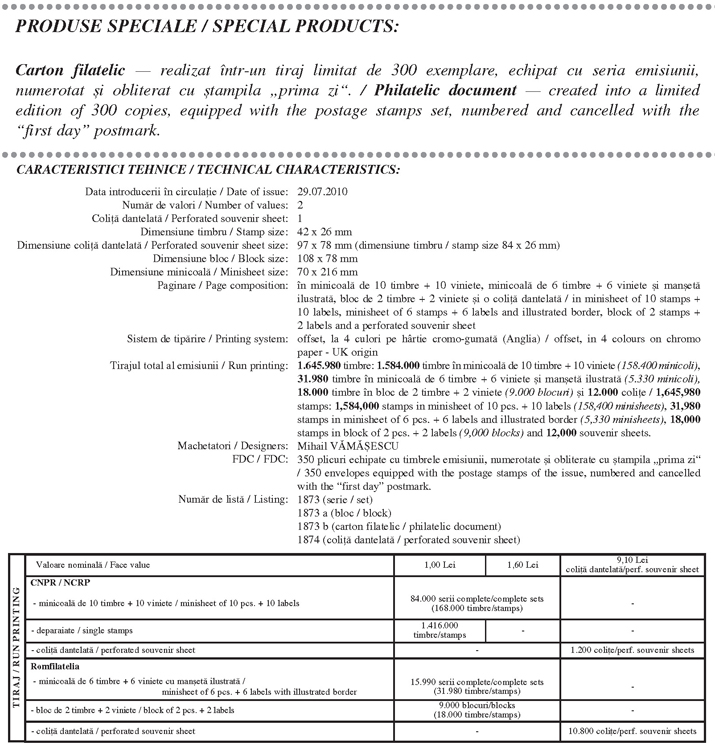