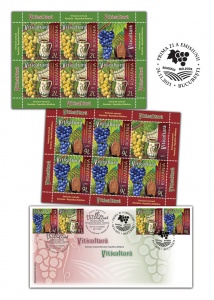 The two postage stamps introduced in circulation will illustrate the following landmarks:

The stamp with a face value of lei 2 brings together in a unitary graphic the image of a painted cup that was made by the craftsman Colibaba Constantin, in the Radauti Urban Workshop, Suceava County, and of a bunch of Zghihara grapes from Husi region, Romania.

On the stamp with a face value of lei 9 is reproduced a Flask made by the folk craftsman from the Republic of Moldova, Victor Pelin and the bunches of a grape variety representative for Moldova, Rara Neagra.

Romfilatelia thanks the S.E. “Posta Moldovei”, the National Museum of the Romanian Peasant and the “Dimitrie Cantemir” Agricultural College Husi for the documentary and photographic support granted in the development of this joint stamp issue.

The postage stamps issue “Romania – Republic of Moldova. Viticulture” will be available on Wednesday, 24th of November 2021, in Romfilatelia’s shops network in Bucharest, Bacau, Brasov, Cluj-Napoca, Iasi and Timisoara and online on https://romfilatelia.ro/store/. 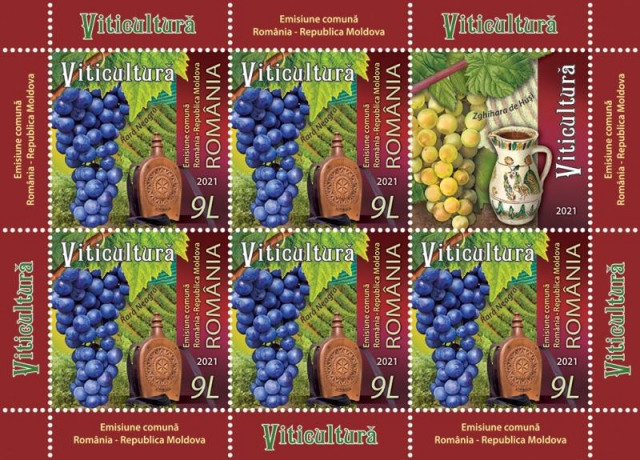 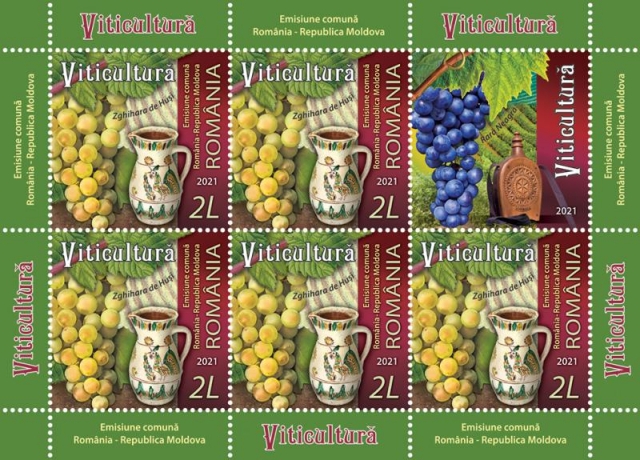 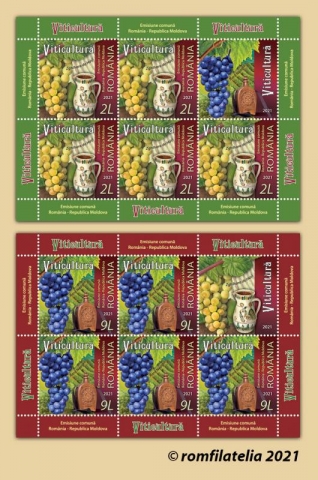 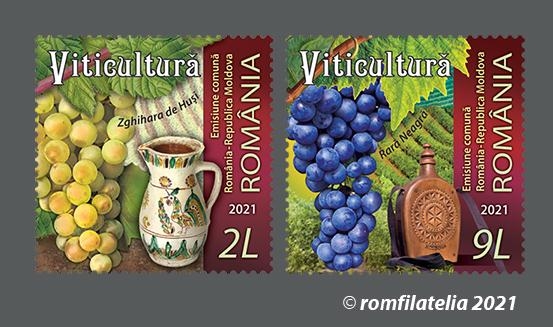 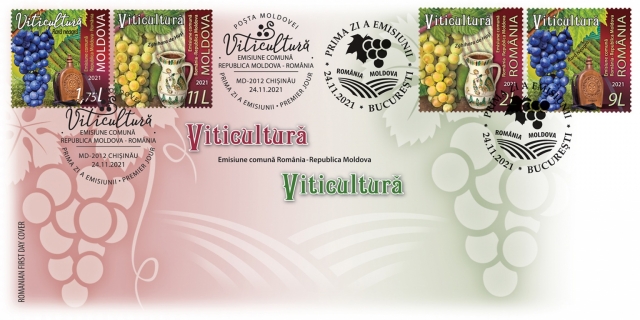