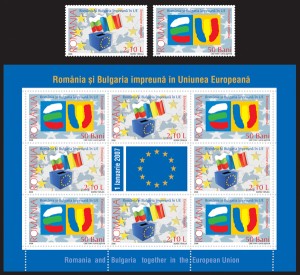 The European Union, instituted by the Treaty of Maastricht, on the 7th of February 1992, a treaty that entered into force on the 1st of November 1993, now reunites in its structure 25 states.
The incorporation beginnings of the European Community, which evolved to the formula of European Union, date back to 1950, when the French Minister of Foreign Affairs, Robert Schuman, inspired by a speech of Jean Monnet, the Commissary of the modernization plan of the France after war, proposed the integration of the industries of coal and steel of the Western Europe.
The six founding countries of the European Coal and Steel Community (Belgium, Holland, Luxembourg, France, Italy and Western Germany) decided to extend the integration on other economic sectors as well. Therefore, in 1957, the Treaty of Rome instituted the European Atomic Energy Community (EAEC or Euratom) and the European Economic Community (EEC) which, by breaking the trading barriers between the component countries of the Community, brought into existence the Common Market.
In 1967, the institutions of the three European communities merged and, from that moment on, an Unique Commission, a Council of Ministers and the European Parliament appeared.
In the beginning, the members of the European Parliament were appointed by the national parliaments. In 1979, the first direct elections took place, allowing the citizens of the member states to vote for their own candidates. As of this date, elections are organized every five years.
The mission of the European Union is to organize the relationships between the member states and between their peoples in a coherent  manner, founded on solidarity.

The main objectives of the European Union are the following:
– promote the economic and social progress;
– assert the identity of the European Union on the international stage;
– institute the European citizenship;
– develop an area of freedom, security and justice;
– to exist and consolidate itself based on the community law;
Romania was the first country of the Central and Eastern Europe to establish relationships with the European Community, in 1974, by signing a bilateral treaty, followed by an agreement regarding the industrial products, signed in 1980.
In 1990, diplomatic relationships were established by signing a Trade and Cooperation Agreement, and, in 1993, the Agreement on Romania´s Association to the EU was signed.
In the summer of 1995, Romania filed the request for the accession to the Union, followed by the decision of the European Council of Helsinki, in 1999, for the opening of the negotiations for Romania´s accession and for the official launching, in February 2000, of the negotiation process.
After going through many stages of the accession process, in December 2003, the European Council of Brussels established Romania´s and Bulgaria´s accession schedule as follows: finalization of the negotiations in 2004 and signing of the Accession Treaty, in 2005, and the effective accession on the 1st of January 2007.
On the 25th of April 2005, Romania´s and Bulgaria´s EU Accession Treaty was signed.
Followed the ratifications of the Treaty by the parliaments of the 25 member states of the European Union by the end of November 2006.
Starting with the 1st of January 2007, on the sixth wave for the extension of the Union, Romania and Bulgaria, two neighbour countries, lingering for millennia in the same historic and geographic space, shall become full members of the European Union.