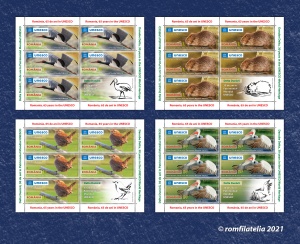 The United Nations Educational, Scientific and Cultural Organization (UNESCO) was established in 1945. Since July 27th, 1956, Romania is one of the UNESCO members.

The organization’s goal is to maintain international peace and security, contributing through education, science, culture and communication, to collaboration between nations to ensure universal respect for justice, the rule of law, human rights and fundamental freedoms for all, regardless of race, sex, language and religion, in accordance with the Charter of the United Nations.

One of UNESCO’s missions is to select and include on the World Heritage List sites and monuments relevant from a natural or historical point of view, their safeguarding and conservation being important for the world community.

The Danube Delta became a UNESCO World Heritage Site in 1991. Its value was recognized by its inclusion in the international network of biosphere reserves (1990), within the “MAN AND BIOSPHERE” (MAB) Programme launched by UNESCO. The Danube Delta site is also protected by the Ramsar Convention as a wetland of international importance, especially as a habitat for waterfowl.

About 3.000 plant species grow within the Danube Delta Biosphere Reserve, the largest compact reed beds area in Europe being found here. The fauna comprises over 4.000 species of animals, among them being about 3.000 species of invertebrates, over 130 species of fish, more than 300 species of birds and about 40 species of mammals.

November 16th was declared UNESCO World Heritage Day in Romania by the Law 160/2013, in order to promote our elements of world heritage and for their better knowledge.

The four stamps of the issue show species of birds and mammals found in the Danube Delta. Some are representative of this region, while others are more widespread, existing in the Delta as well as in other areas of our country. All of them have their importance in the ecology of the Danube Delta, contributing to the remarkable biodiversity of this region.

On the stamp with the face value of Lei 1.40 is illustrated the black stork (Ciconia nigra). It is a rare, solitary species that inhabits regions near lakes, rivers or swamps. In the Danube Delta it is present during the migration period.

On the stamp with the face value of Lei 1.50 is represented the Eurasian wren (Troglodytes troglodytes). Although the landscapes of the Danube Delta are often impressive due to the presence of large, imposing birds, such as pelicans and swans, in this area there are many small species, no less important in ecosystems and contributing to the fauna diversity of the Delta. The Eurasian wren is one of the smallest species of European birds. It is only 9-10 cm long and weighs 6-12 g. European populations are numerous, most of them sedentary (do not migrate), the species being widespread in a variety of habitats, from forests to reed beds.

The stamp with the face value of Lei 7 is illustrated the European beaver (Castor fiber). It is one of the largest species of rodents, with a body length of 80-100 cm and a weight of up to 30 kg. Because of excessive hunting, it disappeared from our country at the beginning of the 19th century. In the years 1998-2003, a programme of reintroduction of this species in Romania was successfully carried out. Released in nature in favourable areas, on the rivers Olt, Mures and Ialomita, the beavers have multiplied and occupied new territories, also being reported in the Danube Delta.

On the stamp with the face value Lei 19.50 is depicted the Dalmatian pelican (Pelecanus crispus). It is an endangered species worldwide, being included in the “vulnerable” category on the IUCN Red List. With a wingspan of more than 3 meters and a weight of 10-12 kg, it is one of the most impressive birds in Europe. In Romania, it nests in a few colonies, in the Danube Delta and the Razim-Sinoe lagoon complex. Degradation of wetlands and loss of nesting grounds are the main threats. In the period 2005-2009, the Danube Delta Biosphere Reserve Administration and the Romanian Ornithological Society/BirdLife Romania successfully implemented the project “Save Pelecanus crispus in the Danube Delta”, one of the methods used being the placement in the Razim-Sinoe complex of artificial platforms on which birds can nest. The objectives pursued are to maintain the favourable conditions in the current nesting area, to rehabilitate degraded or transformed habitats, to create conditions for the growth of the current population.

On the perforated souvenir sheet of the issue are represented, in a modern graphic, animals and plants from the Danube Delta, the illustrations being made by the appreciated artist Mircea Cantor, originating from Romania.

Mircea Cantor was born in 1977 in Oradea and currently lives in France. He is a painter, sculptor, illustrator, director,a representative of the conceptual avant-garde and a creator who communicates his messages through a wide range of means of artistic expression. It is for the first time when the artist collaborates in the development of a Romanian postage stamps issue.

“I wanted to reproduce, through the line of my drawing, the presence and richness of the biodiversity in the Delta: in water (fish), on land (mammals) and in the air (birds). Basically, the trilogy of the defining elements of the Danube Delta: Water, Earth, Air.” The artist’s vision also reflects
“the reference, also through drawing, to three other elements that complement those listed above, namely: the plant kingdom (water lily, reed), the animal kingdom (birds, fish) and the human environment (fishermen and human communities with traditions and lifestyle related to the Danube Delta area). For hundreds and even thousands of years, man has known how to coexist in harmony with this environment of the Delta, adapting his life and capitalizing on the resources of the Delta; he lives, we might say, in terms of what we call nowadays circular economy.”

On the two FDCs is represented a landscape specific to the Danube Delta, which evokes the human presence in the region and a traditional occupation of the locals – fishing.

Romfilatelia thanks Mr. Mircea Cantor, the Administration of the Danube Delta Biosphere Reserve, Permanent Delegation of Romania to UNESCO and “Grigore Antipa” National Museum of Natural History for their support in developing this postage stamps issue. 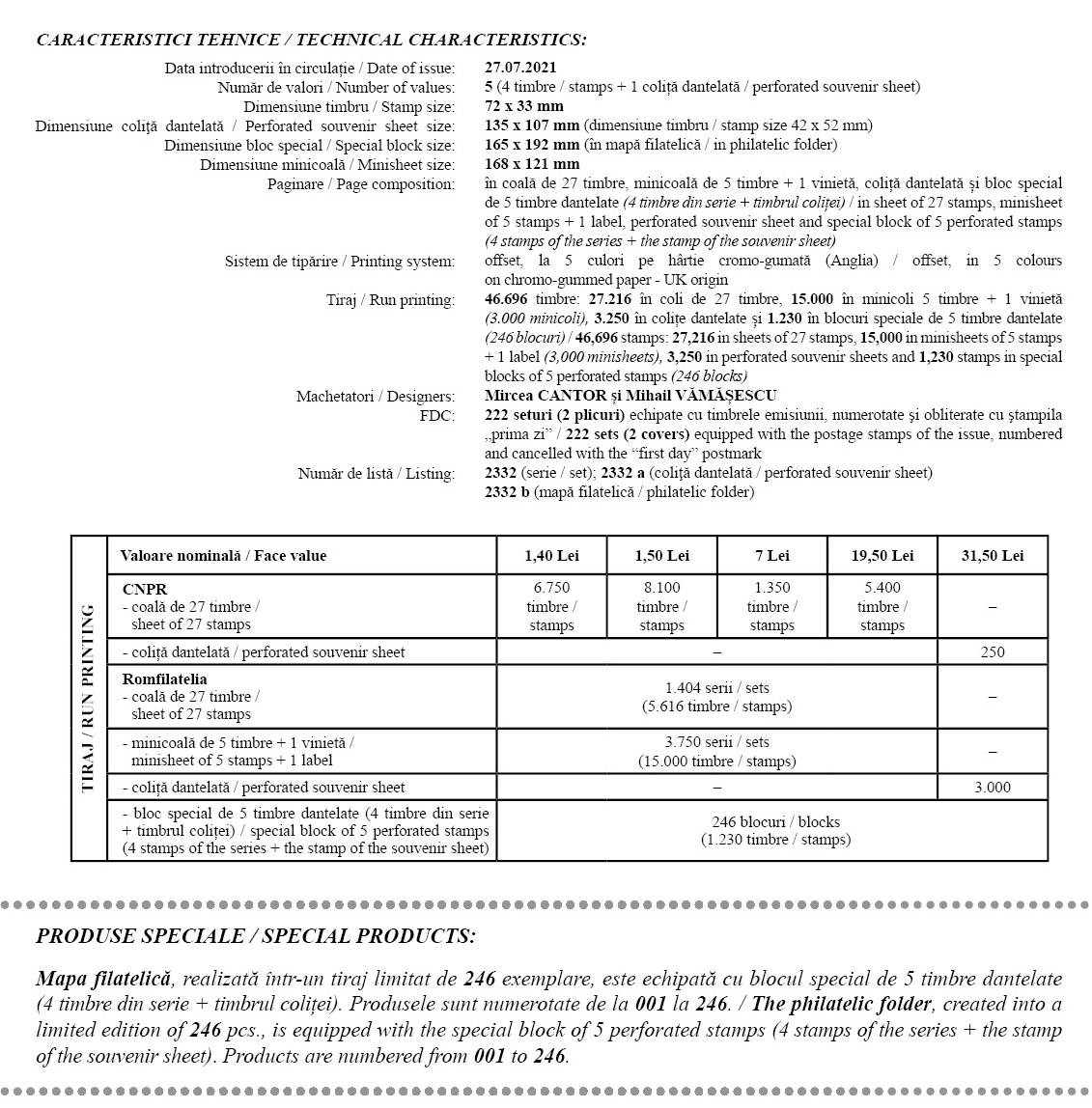