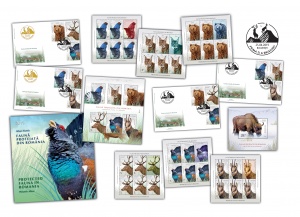 Romfilatelia introduces into circulation, on Thursday, 25th of April 2019, the postage stamps issue “Protected Fauna in Romania”. Global warming, human intervention on nature, including the destruction of habitats of wild animals, excessive hunting, have made dozens of animal species disappear over the last century.

Black grouse (Lyrurus tetrix), illustrated on the postage stamp with the face value of Lei 1.60, is a species characteristic of the upper mountain forests.

Eurasian lynx (Lynx lynx), represented on the postage stamp with the face value of Lei 1.90, is the emblematic feline of the Carpathians, and an extremely discreet carnivore, living in isolation and avoiding contact with inhabited areas. It is the third largest predator of Europe, after the bear and the wolf.

Brown bear (Ursus arctos), illustrated on the postage stamp with the face value of 2.90 lei, is a particularly strong animal belonging to the Urside family. It is the largest carnivore in our country and almost authoritative master of mountain forests, and it can be found along the Carpathian chain, its omnivorous food including the forest fruit.

Alpine chamois (Rupicapra rupicapra), represented on the postage stamp with the face value of Lei 12, is an agile climber, capable of jumping 2 m in height, 6 m in length and running at 50 km/h – the flexible hoof pads providing a safe grip on rugged and slippery terrain. It prefers mountain areas, usually above the upper limit of forests, but also descends to subalpine areas, with steep, rocky slopes and even in cirque glaciers where the anthropic impact is lower.

European bison / Wisent (Bison bonasus), illustrated on the perforated souvenir sheet having the face value of Lei 28.50, is the heaviest terrestrial animal currently living in Europe. One specimen measures about 2,8 – 3 m in length and 1.8 – 2.2 m in height, weighing between 300 and 920 kg.

On the set of two first Day Covers is illustrated the Dunarita or the Danube spined loach (in Romanian, Zvarluga de Dunare) which is a freshwater benthic rheophilic fish from the family of Cobitidae, spread in the middle and lower course of Danube from Bratislava to the spill and the lower course of its tributaries: Tisa, Sava, Mures, Bega, Cerna, Arges, Jiu, Nera, Olt, Siret, Prut. It is a small-sized species with a length of up to 10 cm at adulthood.

Romfilatelia thanks to Ministry of the Environment and to “Grigore Antipa” National Museum of Natural History for the documentary support given to the development of this postage stamp issue and the photographer Silviu Matei.

The postage stamp issue „Protected fauna in Romania” will be available on Thursday, April 25th 2019, in Romfilatelia’s shops network in Bucharest, Bacau, Brasov, Cluj-Napoca, Iasi and Timisoara and online on https://romfilatelia.ro/store/. The postage stamp issue is completed by 1 set of two “first day” covers, as page composition in sheet of 32 stamps, minisheet of 5 stamps with 1 label, block of 6 stamps and perforated souvenir sheet.

The philatelic album is created into a limited edition of 227 pieces and is equipped with the block of the issue (containing six perforated stamps with illustrated border), as well, the set of two First Day Covers with the “first day” postmark clearly imprinted, with foiling. Each element is numbered from 001 to 227. 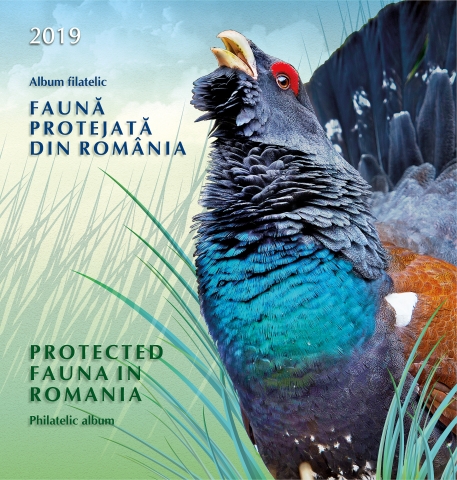 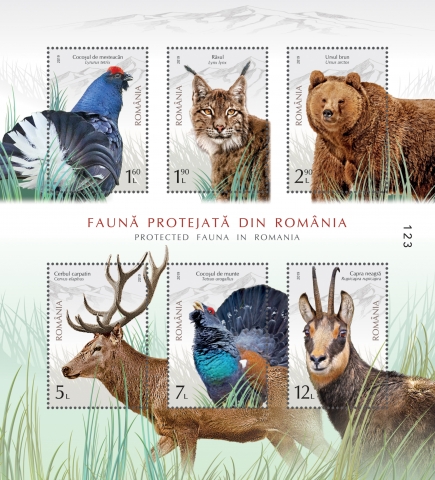 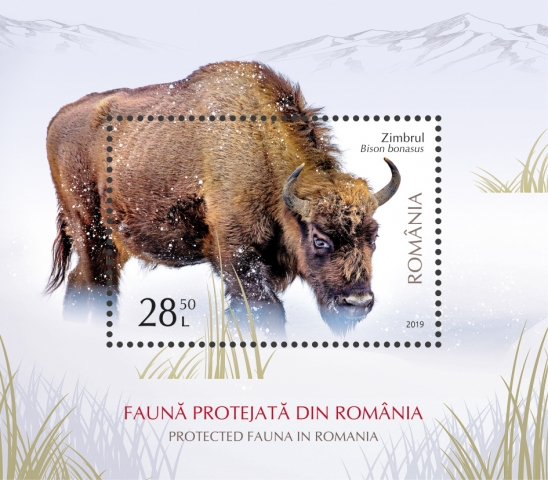 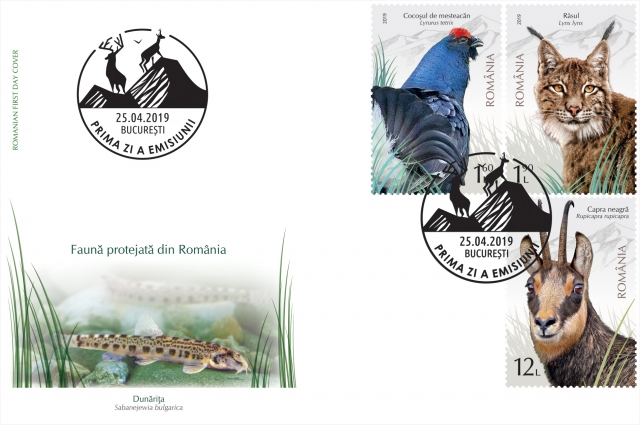 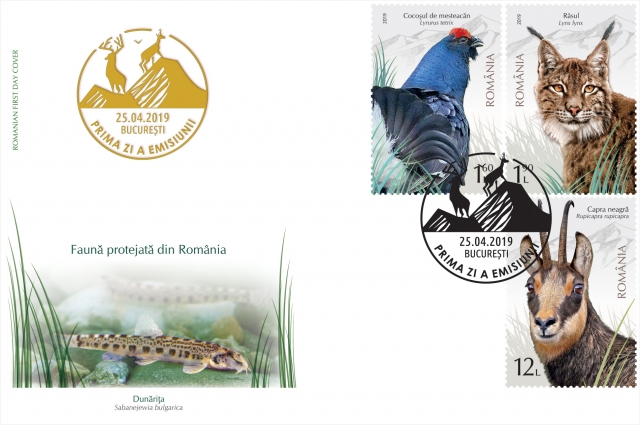 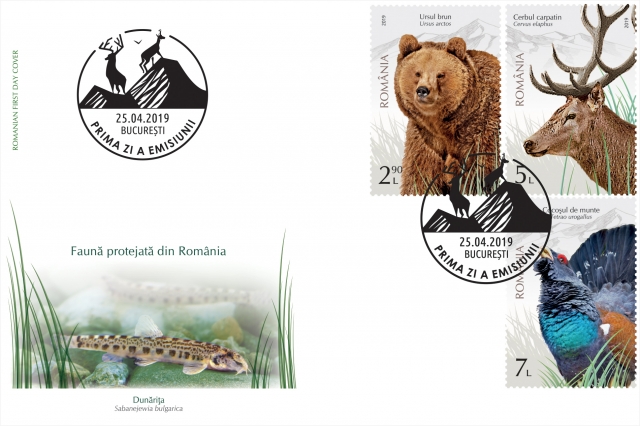 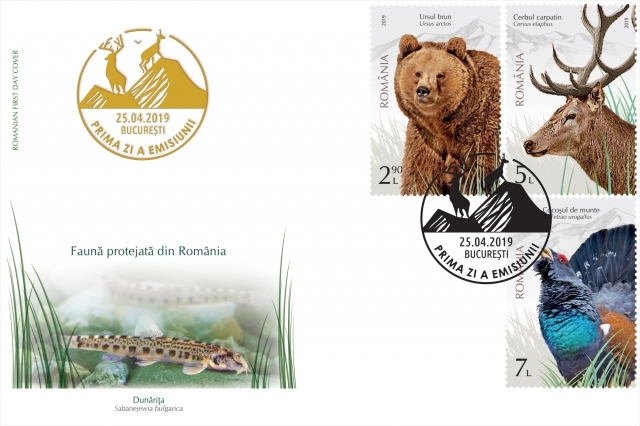 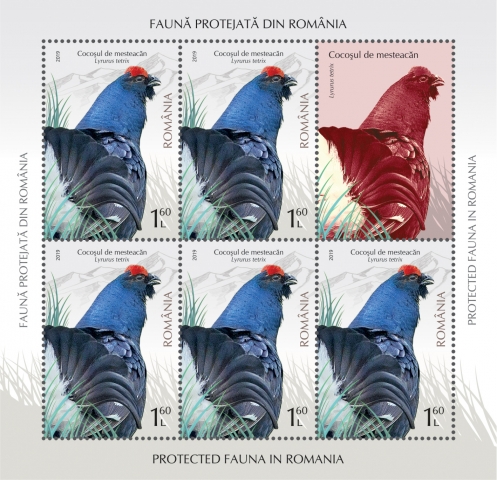 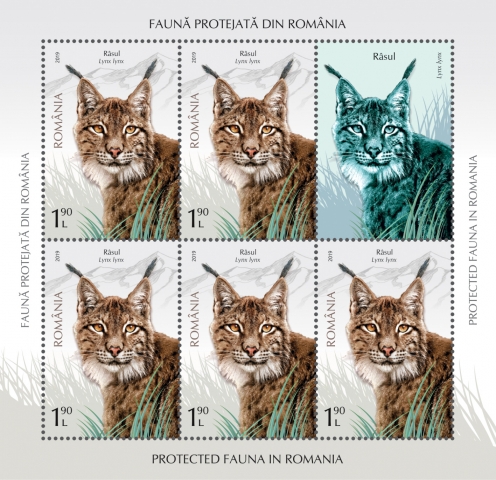 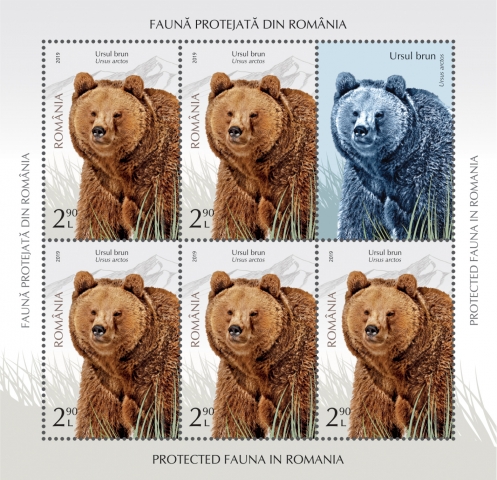 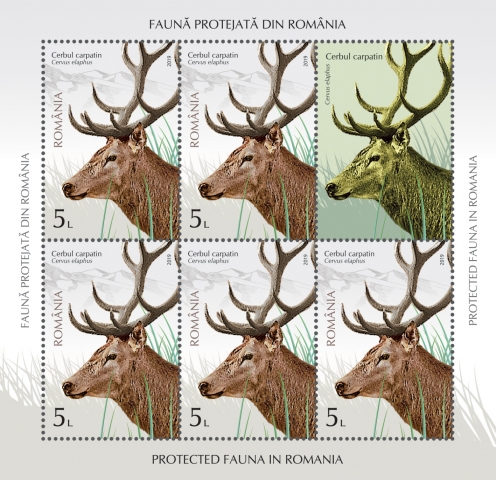 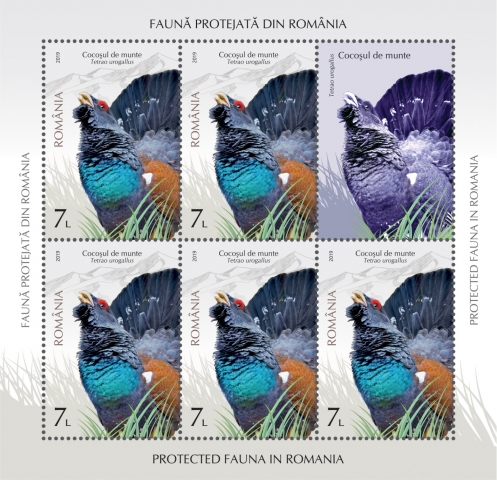 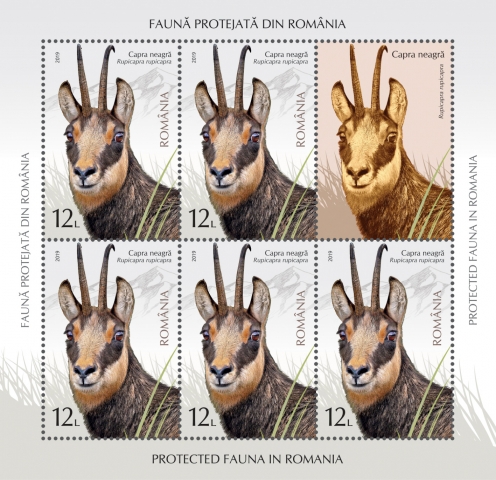 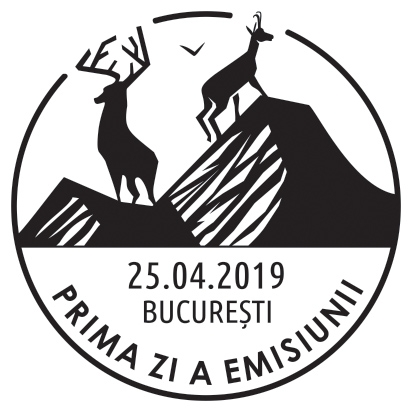 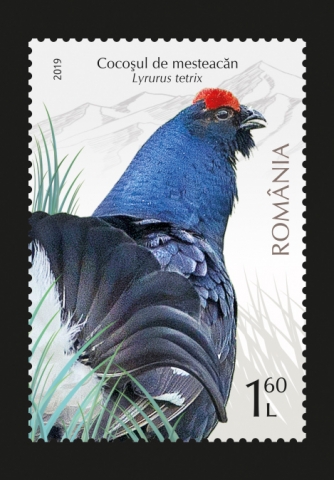 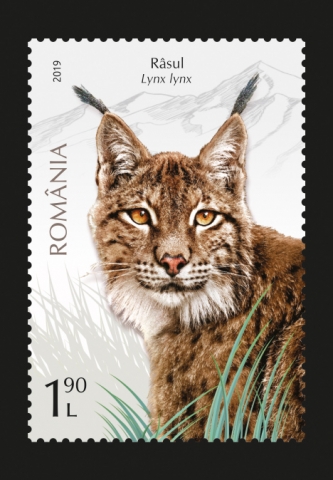 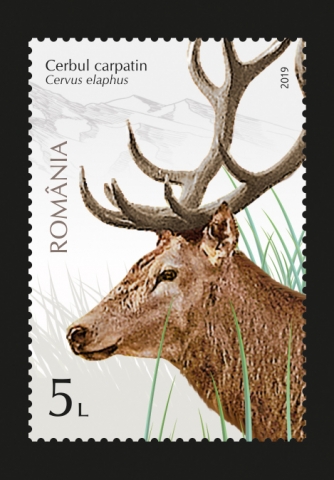 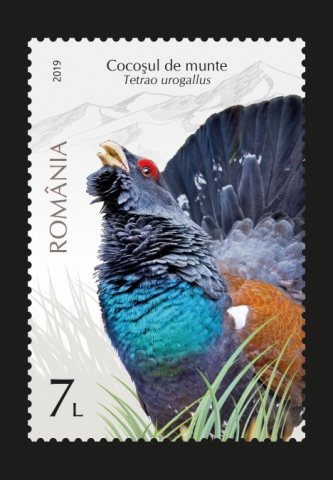 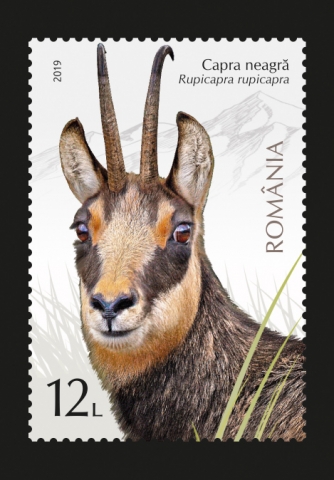