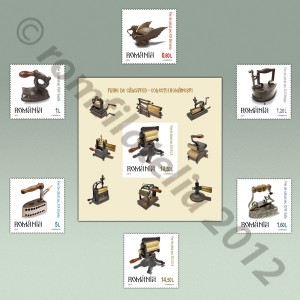 The appearance of the pressing irons is the result of researches of clothes manufacturers in order to harmonize the consumers’ pretentions with the evolution of fashion.

The manufacturing technology used solutions that had to correlate the shape and weight of pressing irons to the manner in which the heat sources was ensured. The first models using coal were equipped with ingenious systems of air access to maintain burning and to reduce the quantity of smoke released.

Then followed new transformations in terms of design adapted to consumer’s taste, consumption habits and needs.

The competition of the companies that manufacture pressing irons focuses, besides their modernization, on the easy use, reduced power consumption and reliability.

Today, the classification of the electrical pressing irons is made depending on temperature adjustment, steam production, the type of control for steam release, water pulverization and voltage or depending on their use, such as pressing irons for industrial, domestic or general use or for travelling.

But, the pressing iron has acquired from the very beginning another utility, except its use for pressing clothes, namely it has become a widespread collection product.

Many collectors fond of this household object have gathered over the year tens and hundreds of such objects. They are presented during congresses that are held in different cities of Europe.

This year, the 14th International Congress of Pressing Irons Collectors takes place in Sinaia between 1st and 3rd September.

This Congress is held every 3 years and in 2012 it is organized for the first time in Romania.

On this occasion, Romfilatelia completes the first series of a postage stamps issue having an original theme and introduces into circulation the postage stamps issue Pressing irons (II) – Romanian collections, consisting of six stamps and one imperforated souvenirsheet. 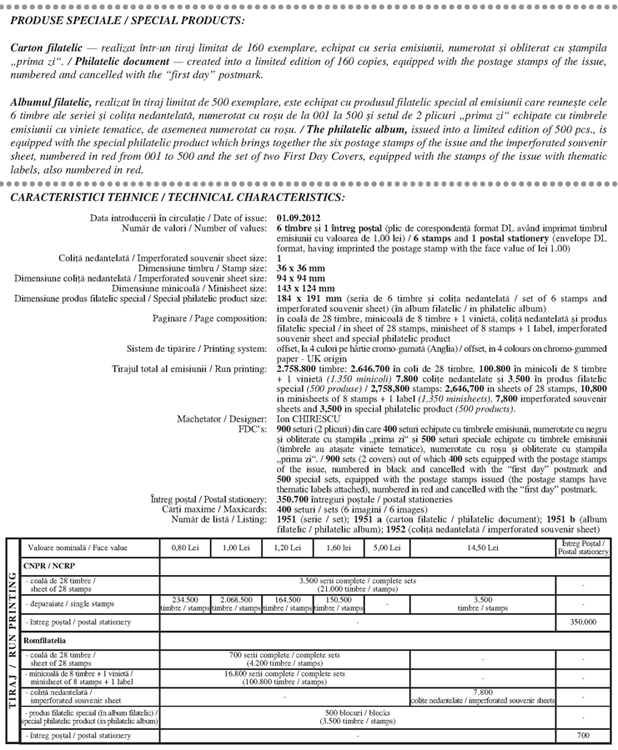