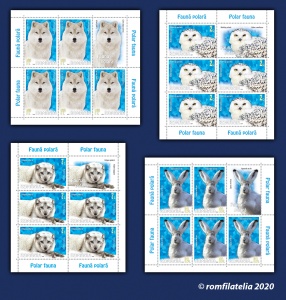 Romfilatelia dedicates to the pasionates of Fauna, a new postage stamps issue entitled Polar fauna that will be introduced into circulation, on Tuesday, 28th of February, current year.

It is distinguished by its white fur. Since 1930, there has been a progressive reduction in size in Arctic wolf skull, which is likely the result of wolf-dog hybridization. The color of the fur ensures a good camouflage in the snow. It has about 63-79 cm in height and weighs about 45 kg and is up to 1.5 m long.

In the wild, Arctic wolves feed primarily on large herbivores such as muskox, but also Arctic hare (Lepus arcticus). They can also feed on lemmings, Arctic foxes, birds and beetles and in some cases they have been seen scavenging through the garbage if they have this source available.

The snowy owl (Bubo scandiacus), or white owl, illustrated on the postage stamp with the face value of Lei 2, belongs of the Strigiformes order, Strigidae family. Snowy owl is typically found in the northern circumpolar region.

The female is larger, white with more flecks of black plumage. The male is smaller, almost completely white. Their preys consist of lemmings and other polar rodents, but also rock ptarmigan or Arctic hares. Unlike most owls that hunt at night, snowy owls are also diurnal and hunt during the day and night.

It nests in the marshy regions, on the ground, building a scrape on top of a mound.

In winter, in search of food, migration extends south. Very well adapted to the cold climate, the snowy owl has very dense plumage including their legs, which are fully covered with feathers. White plumage allows quickly and extremely easily camouflage in the snow.

The Arctic fox (Vulpes lagopus), whose image is reproduced on the postage stamp with the face value of Lei 7, is a carnivorous mammal from the Carnivora order, Canidae family. The Arctic fox lives in polar tundra regions. The animal is well adapted to the cold climate, having a thick fur, and the sole of the legs covered with fur.

The length of the Arctic foxes is between 65 and 90 cm, with a height of about 30 cm and a weight of 5 kg. The females are almost as large as the males. Arctic foxes have short noses and ears.

Their color varies according to the season, with black fur on the back, with brown legs during summer, to very well camouflaged white or gray-white during winter. Thick fur allows them to survive at very low temperatures.

Polar foxes live in the northern hemisphere, usually at north of the polar circle (Scandinavia, Spitzbergen Island, Iceland, Northern Russia, Northern Canada, Alaska and Greenland). Their habitat being the tundra regions, but they also can be seen on the ice of the Arctic Ocean, where presumed foraging for food, foxes can travel distances of over 2000 km.

The diet of Arctic foxes consists of lemmings (Lemmus lemmus) and other polar rodents (Lemmus sibiricus, Microtus oeconomus, Myodes rufocanus). It also consumes insects, fruits, being a significant bird-egg predator, as well as carcasses of animals, being a companion of polar bears.

Sometimes, the hares of this species live in groups, huddling with dozens or more, but are usually found alone, sometimes taking more than one partner. The females give birth in average of eight babies, called leverets. The leverets stay within the mother’s home range until they can survive on their own.

The Arctic hare can run 65 km per hour, the main or natural enemy being the Arctic wolf. It is distributed in the tundra regions of Greenland, in most of northern Canada and Alaska. Like the rock ptarmigan, the Arctic hare has a seasonal camouflage. In the far north, the fur of the hare, except for the ears that have the black tip, becomes entirely white in winter, to be confused with the snow. During the summer months, the animal’s head and body are covered in a gray-brown fur, as is the ground and rocks in the environment, while the legs remain white. 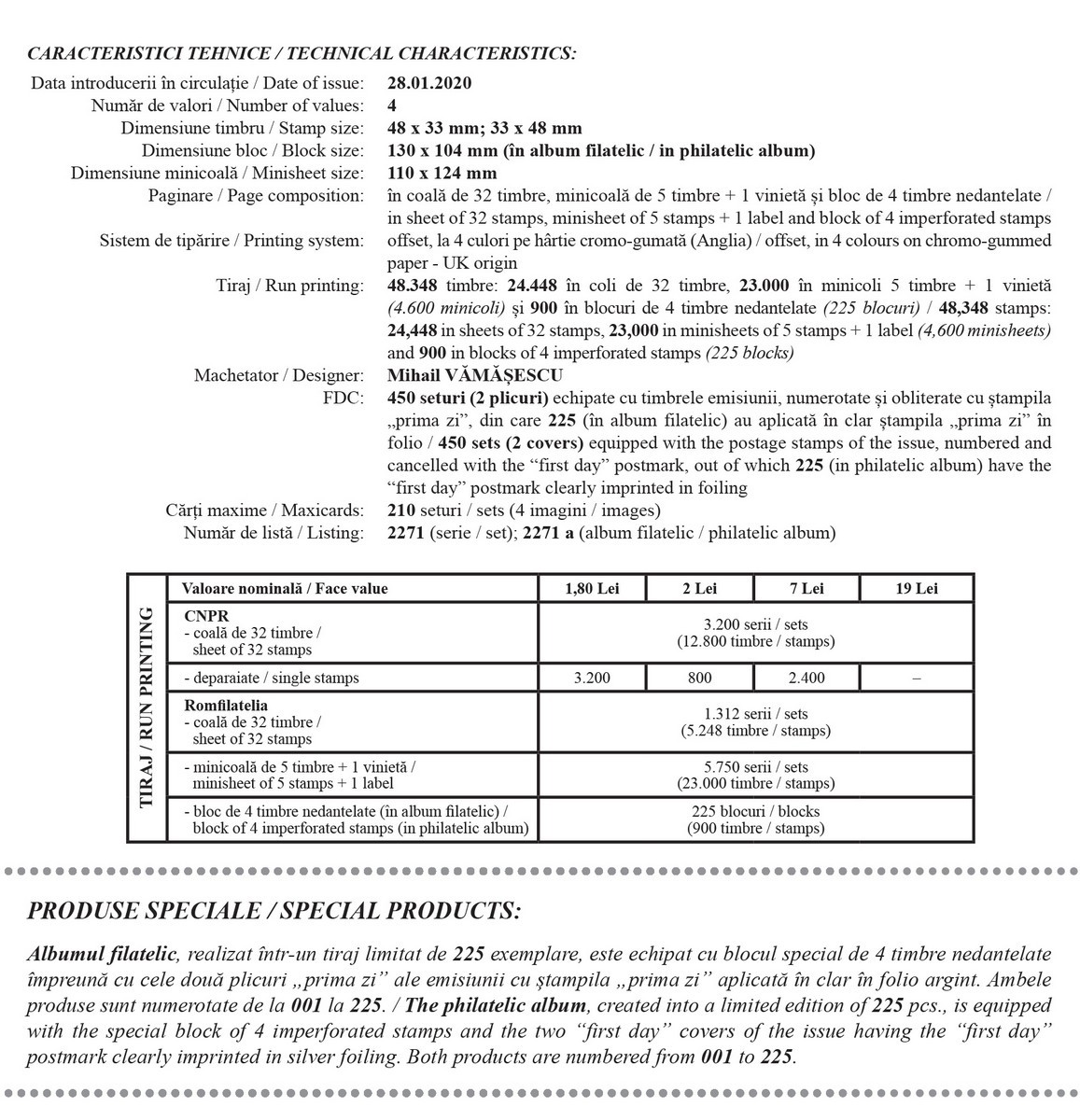