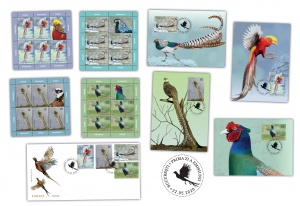 Romfilatelia continues its series of projects dedicated to Fauna, one of the most appreciated topic by the collectors, through “Pheasants” postage stamps issue, which will enter into circulation on Friday, May 22nd, 2020.

The issue is a philatelic premiere because all the four stamps of the series are dedicated exclusively to the pheasants. Pheasants are part of the Phasianidae family, along with quails, partridges and other related species forming a very large family, with over 200 species spread in the tropical and temperate regions of the globe. The main centre of dispersal of the family is Asia.

Golden Pheasant, or “Chinese Pheasant” – Chrysolophus pictus (Linnaeus, 1758), rendered on the stamp with the face value of Lei 1.90, is native to Asia, Mongolia and central China, where it lives in forested areas. As an ornamental species, it was introduced to Europe in the fifteenth century mainly due to the plumage of males, which is particularly beautiful. The most beautiful adornment are the golden crown, which covers the top, an impressive collar, which the owner can fluff during the wedding dance ceremonial to impress the female, and a tail almost one meter long. From the point of view of its protection status, the golden pheasant is included on the International Red List of the International Union for Conservation of Nature (IUCN) in the category of low concern (LC).

The plumage of the male is particularly beautiful. It has a white collar around the neck and a very long tail, whose ornamental feathers can reach up to a metre.

Reeves’s Pheasant – Syrmaticus reeversii (Gray, 1829), represented on the stamp with the face value of Lei 8.50, inhabits the steppes and semi-deserts of central and north-eastern Asia, namely the northern Afghanistan, north-eastern China, Kashmir, Iran, Kazakhstan, Kyrgyzstan, Mongolia, Pakistan, Russia, Turkmenistan, and Uzbekistan. The plumage is bright, golden-scaled in the male, whose tail is coloured in shades of yellow with white and black and can reach 2 m in length.

Green Pheasant, or Japanese Pheasant – Phasianus versicolor Vieillot, 1825, represented on the stamp with the face value of Lei 12 is, according to some sources, a subspecies of the common pheasant, while others separate it as a distinct species. The male has a characteristic dark green plumage, while the female is smaller and less intensely colored.

It is widespread in several islands in the Japanese archipelago such as Honshu, Shikoku, and Kyushu and several other smaller islands and has been introduced as a species of hunting interest in Hawaii and North America.

Common Pheasant or Ring-Necked Pheasant – Phasianus colchicus (Linnaeus, 1758), illustrated on the First Day Cover of the issue is the typical pheasant, the best known and most widespread nowadays, which Linnaeus, the father of modern systematics, called Phasianus colchicus, the Colchida pheasant. The legend says that a long time ago, a few birds, which currently belong to the western population, without a white collar, were brought to Greece by the Argonauts. The name pheasant derives from the Latin word Phasianus and comes from the Greek name Phasiornis: the bird of Phasis, the name of a river in the ancient province of Colchis, east of the Black Sea (in the Crimea), where, perhaps, the Greek Argonauts discovered this bird. 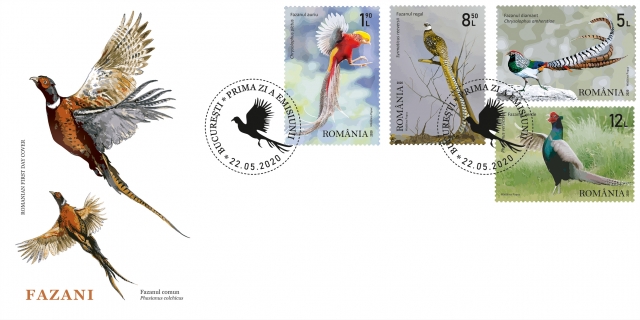 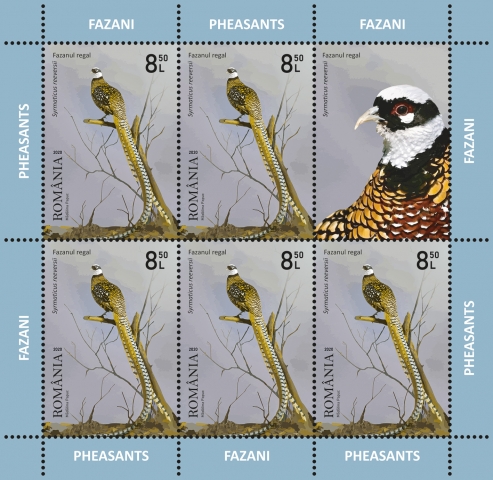 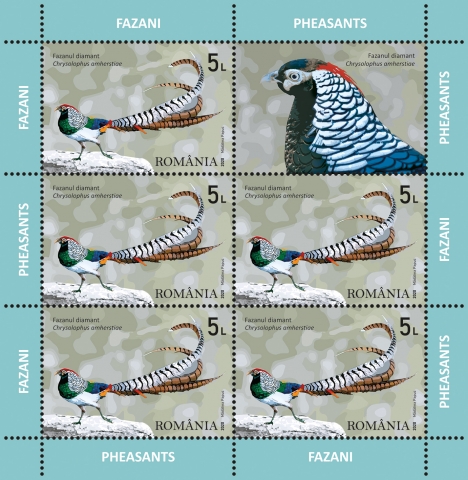 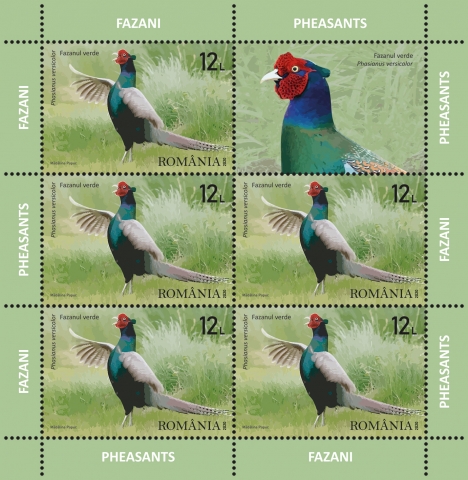 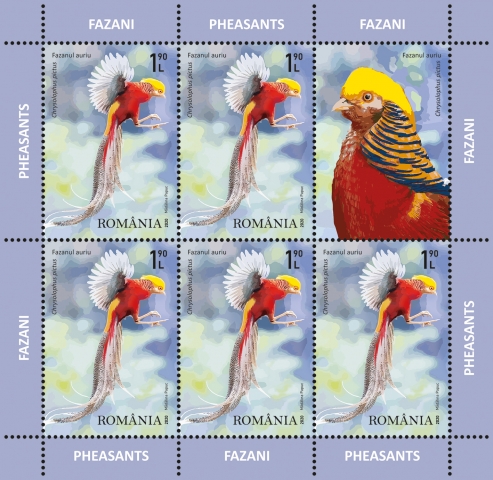 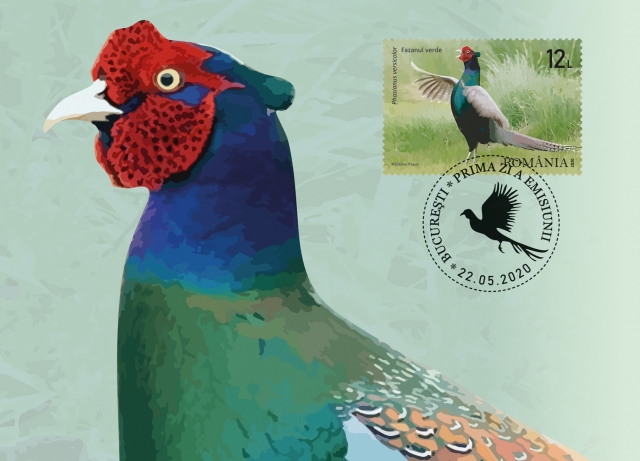 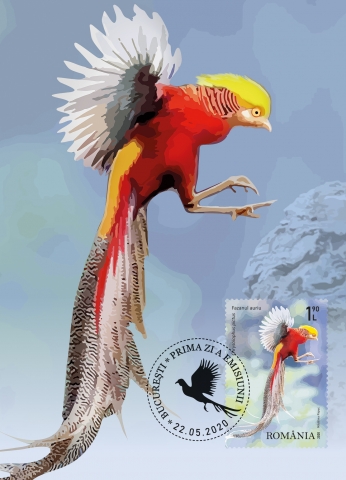 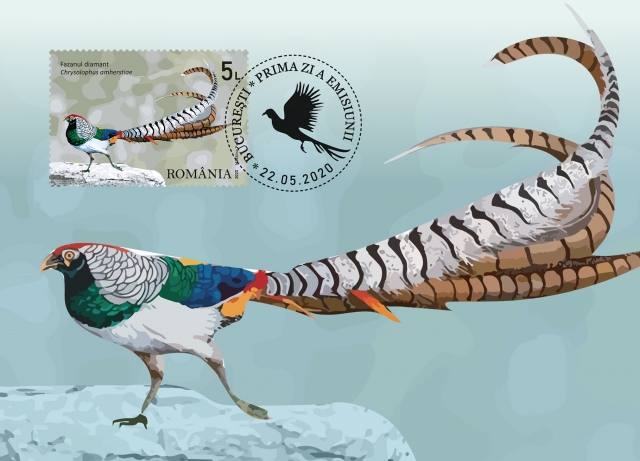 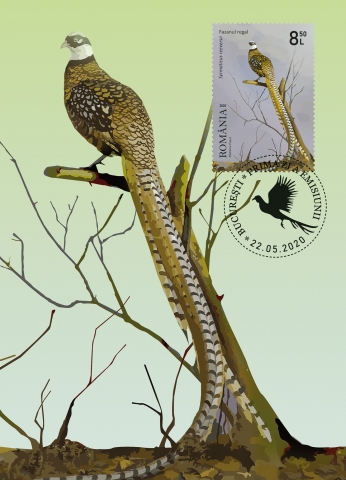 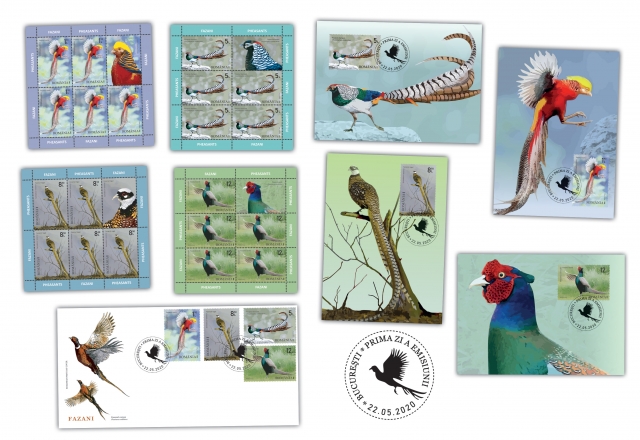 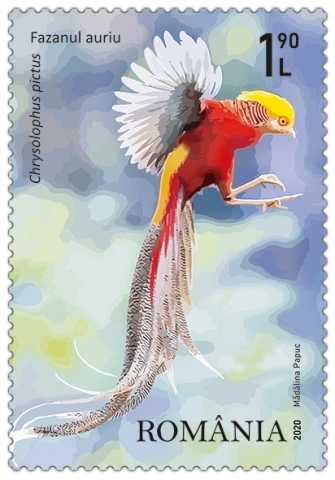 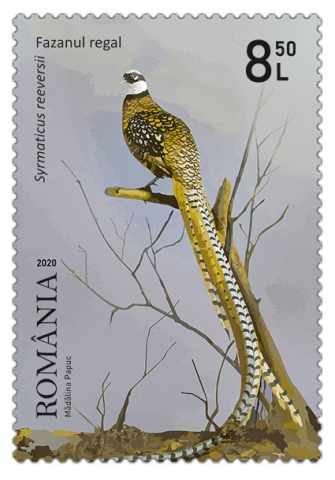 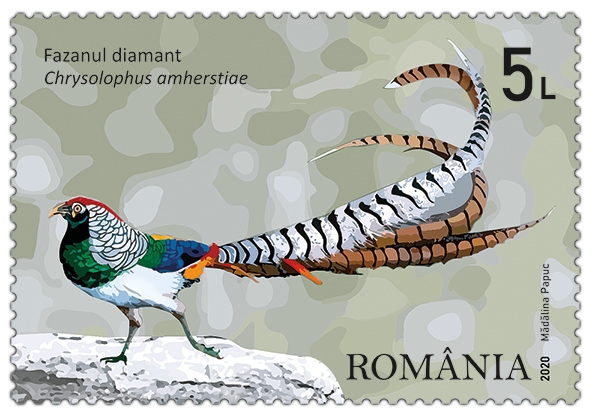 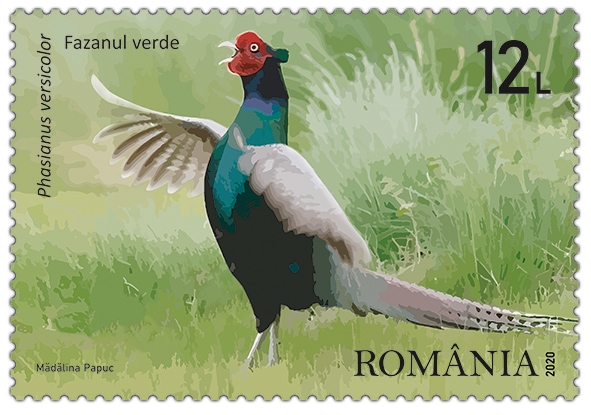